Big. Impressive. Serious… This is how locals describe the Italian resort of Sella Nevea.

My first powder day was on my second ever ski trip. It was 1983,  I was 15, and my school had booked a trip to a little known Italian ski resort called Sella Nevea, a high mountain pass in the Friuli-Venezia Giulia region.

Although I’d never heard of it (in fact I’d never heard of most resorts) I was beyond excited. I don’t remember much about the resort other than the fact our hotel was ugly in a Stalinist architectural sort of way and it had a bar with a slot machine.

What I do remember is that my instructor was called Beppe and it snowed and snowed. I remember looking up and seeing the sun as a faint glow through swirling flakes. I also remember the feeling of gliding on cloud, and I remember the silence of the snow falling through the trees. I didn’t know at the time that we had lucked out, but I knew it was very, very special and that I wanted to ski and ski for the rest of my life.

Fast forward 34 years, and as I sat down to write this blog for the Backcountry issue, and thought about the most wild and powdery – and great value – place I’d ever been, soon I found myself daydreaming about Sella Nevea. The resort that set me off on a lifetime obsession. 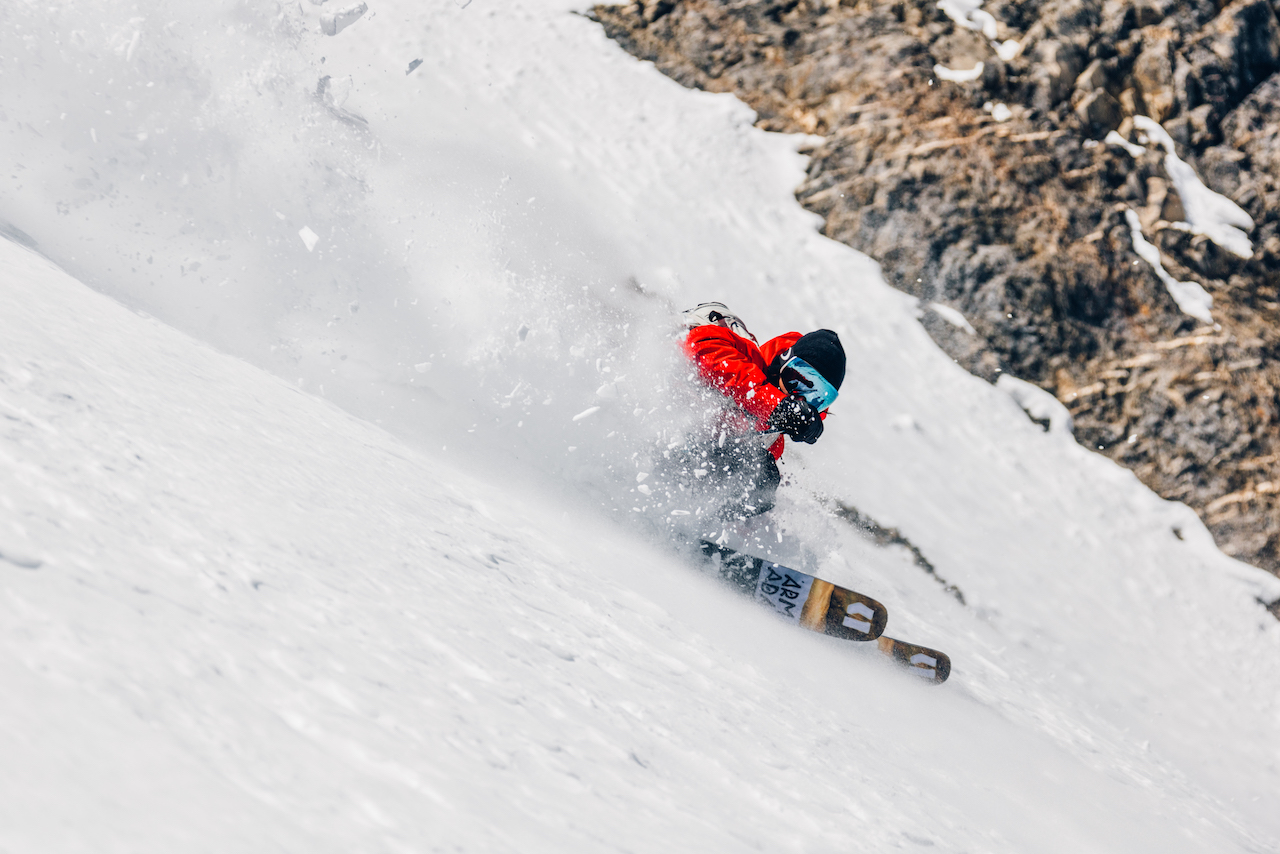 Another chap rather captivated with the place is Christoph Gruber, a UIAGM qualified guide. Christoph was born in the region and started touring in the Julian Alps 20 years ago. He now lives locally in Tarvisio, 20km from Sella Nevea. He founded Freeride Sella Nevea with fellow guide Stefan Lieb to access the amazing terrain  that is available in Sella Nevea and the surrounding area. In Christoph’s words:

It’s really a secret spot with unbelievable amounts of snow. It’s ‘La Grave-like’ charm consists of a small Italian town with lots of Italian flair and just a small amount of lifts that will open up a big world for you.” He continues: “I started freeriding (here) when the resort was reborn and the lifts opened up again.”

The resort’s heyday was in the 1970s, but then it went into a period of decline with the lift company going bankrupt in 1980. It was taken over by a state-owned company in 1990, which also took over the other five resorts in the area. In the early 2000s new investment in lifts helped to modernise the area, with a link over the mountain connecting it to the Slovenian ski resort of Bovec.

Unfortunately the Slovenian side was closed for a while from 2013 to 2016, severely limiting the resort, but now it’s open again, giving the Sella Nevea-Kanin area 30km of pistes and 12 lifts. Kanin has the title of Slovenia’s highest lift-served skiing at 2293m – plenty high enough for a long season.

This story of decline, lack of investment and rebirth is the same for many smaller alpine resorts. What sets Sella Nevea apart is its freeride terrain. Christoph again:

The area offers everything for an advanced skier. Since there are very few slopes with less than 30°, it is really not suited for beginners (freeriders). Especially the long runs from the tops of gullies – they are really demanding and you may need to engage all your guts. Steeps can go up to 50-60°.”

So bring your brown pants then…

The locals say the area is famous for its big dumps, but then don’t they always say that? Christoph has lots of pictures where the snowfall was so great the chairlifts were buried. But should we believe them?

Back in 2014 the International Journal of Climatology published a report that basically mapped the precipitation (essentially rain and snowfall measured as water in mm) between 1971 and 2008.

There were three locations in the Alps that showed the highest precipitation, and yes, you’ve guessed it, the fattest blob was right over the Sella Nevea area, with over 2.6m. Now remember this was water, and with 1mm water = 1cm of snow this would be over 26m if it all fell as snow!

Of course, this is total precipitation for the whole year and includes rain fall, but that still gives a high chance of some monster dumps. In the first week of November 2017 there was already 90cm of snow.

While the top sections can be affected by wind (as is the case with all lofty resorts), after a storm the lower section offers champagne powder, and its many gullies are out of the wind so can be steep and deep. If what you want is perfect tree skiing, go elsewhere; otherwise it’s a wonderful playground of untouched slopes, steeps and technical terrain. Heaven…

Yes, Sella Nevea has some seriously technical terrain; by hiking approximately 30-60 minutes from the top lifts both to east and west you can massively increase the skiable terrain. So bring your crampons, ice axe and ropes. Lower down there are a number of tours too, if you’d prefer to earn your turns. You can even heli-ski here. Hard to imagine all this is just 90 minutes from Ljubljana international airport. I’ll leave the last words on Sella Nevea to Christoph:

Skis through the ages

What does the future hold for ski design?

Why T-bars are the key to untracked snow