A snowstorm is blowing through southern Africa in Afriski mountain resort, Lesotho. With Europe’s glacier resorts, North America still rolling through the 2021-22 season and Japan’s Gassan – Nishikawa holding out, it means that for a few weeks lift-served skiing and boarding is now available on all six populated continents.

There’s been up to a metre of fresh snow to in Argentinian ski resorts.

Bariloche ski resort Cerro Catedral (pictured below) flash opened for a weekend of skiing on 29 April after storms dropped 1.5m of snow (with 60cm falling in one day). The season proper started on 17 June with a 45cm snow depth above 2,000m.

17 June also saw Las Leñas in Mendoza province fire up its lifts for winter 2022, along with a host of resorts in Chile including Valle Nevado and Portillo.

Australia has had a bumper start to the season with historic early season snowfall following two years of strict resort closures for many.

Thredbo claims it to be easily the best opening conditions in 20 years. Perisher and Falls Creek were first on 4 June, Mt Buller and Hotham following the next weekend. They opened with more than a metre of fresh snow.

After a warmer start to winter in New Zealand, the cold weather and snow arrived before the weekend. Cardrona attempted to open on schedule but closed again due to the volume of snow. Queenstown ski area Coronet Peak on South Island had 1.5m of snow in 72 hours and opened on 17 June. Mt Hutt delayed opening by a week, needing to dig itself out.

New Zealand Prime Minister Jacinda Ardern skied The Remarkables for opening day. Although borders were closed, Ardern did manage to keep the country’s ski areas open to nationals through (almost all) of the pandemic. As of 21 June, covid tests are no longer required for snow travel to New Zealand.

France, Italy, Austria and Switzerland have a number of glaciers that offer summer skiing for the dedicated. But following a modest winter of snow in the Alps, a few glacier resorts have called it off. Val d’Isère has confirmed that its Pisaillas Glacier will remain closed due to low snow coverage, as has Austria’s Mölltal Gletscher.

Fonna glacier and summer ski centre in Norway, however, is saying the opposite after above average winter snowfall and ‘unusually’ cold weather during June.

Other big glacier resorts that are rolling include Tignes, which kicked off its summer season on the Grande Motte glacier on 18th June and, conditions dependent, will push out to 31st July.

Over in Les 2 Alpes they’ve been skiing since the end of May up at 3,600m, and hope to see it through to 15 August. The huge snowpark is open encouraging beginners and

Hintertux in Austria offers 365 days of skiing a year and is most snow sure of the Alpine summer ski spots. It’s known for having steeper slopes than most glaciers and is popular with race training camps, so keep an eye out for pros in action.

Austria’s Kitzsteinhorn glacier in Kaprun is open for summer skiing until the 19 July. The perfect foil to skiing, tobogganing and sunbathing up at 3,000m – down in the Zell am See valley there’s the vast crystal clear lake for swimming, sailing, fishing and paddleboarding.

The Zermatt – Cervinia glacier, the Plateau Rosà, is skiing but currently with access only from Switzerland. Here has the highest snow park in Europe with jibs, rails, boxes, tables, kickers for everyone from beginner to pro.

Up on the Stelvio glacier in Bormio, skiing and riding is on at 2,758m. All going well, the summer season will stretch through to November in this northern reach of Italy.

Still to open are Saas-Fee on 16 July and access from Cervinia (Italy) to the Zermatt glacier on 25 June.

Glacier lifts usually turn from 8am until lunchtime, so get up and out before the sun gets too strong. First time summer glacier skiing? Check out more here on what to expect from a summer ski trip.

Where to ski in Autumn: the best European glaciers for your first trip of the season 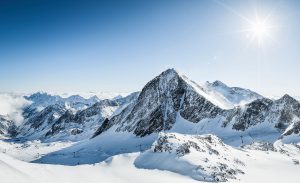 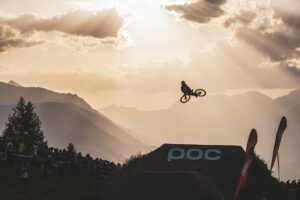 HOW TO SURVIVE A SNOW-FREE SUMMER