It’s game on in the mountains with a strong line-up of sporting events and festivals. Here are just a few to take part in or simply watch from the sidelines…

Why: Crankworx kicks off its world tour in Europe and you don’t have to be into mountain biking to appreciate the spectacle of the world’s best pro riders perform in their slopestyle and gravity-fed disciplines. The Crankworx World Tour is a multi-stop series of MTB festivals (Crankworx Innsbruck is the only European stop) bringing together elite riders to battle it out in a range of events. Watch the King and Queen of Crankworx in their race to be crowned. The festival also hosts events for amateurs, including Kidsworx contests and categories for young riders.

Running Up for Air, Anywhere

Why: In the name of clean air! Patagonia is calling on runners to rack up ascent to raise awareness around air pollution. It’s a Europe-wide event and endurance challenge where runners will hit the trails, streets or peaks to collectively accumulate vertical metres. Get sponsored, sign up and track your run on Strava wherever you are, whether it’s a one-hour jog or a 24-hour team run, to contribute and support European NGOs fighting for better air quality.

Why: The 2022 Tour de France will cover 3,328km through Denmark, France, Belgium and Switzerland – the first edition ever to travel four countries. It’s the mountain stages that offer the best viewing; aim for the top of mountain passes where a good, hard climb means the peloton is most broken up. There’ll be five summit finishes in the French Alps: La Super Planche des Belles Filles, Col du Granon, Alpe d’Huez, Peyragudes and the Hautacam.

Why: This colossal race for pro and elite athletes scales 10,000m in elevation, travelling 170km across three countries. (And all to be done within the 46-hour time limit). Starting in Chamonix, it includes enormous climbs and what’s often variable conditions (night, wind, cold, rain, snow). UTMB is known as the Tour de France of trail running’ For something more bitesize, enter the new event, the 15km Experience Trail Courmayeur, which is accessible for everyone.

Why: From Fort William in May, to Leogang in June, to Arinsal in July (and a few more), September marks the big finale of the World Cup season. After hosting the World Championships in 2021 it’s time for a round of World Cup racing, where the famous downhill track Black Snake will be raced. Riders are against the clock on the natural stage at Val di Sole, negotiating banked sections, jumps, bumps, tree roots and other natural obstacles along the way at speeds of up to 80km/h. It’s piloting skills at a peak with three days of pure adrenaline and feats of athleticism. uci.org

Why: In the heart of the Highlands, surrounded by British giants Ben Nevis, the Mamores and Glen Coe, will be the UK’s biggest weekend of mountain running. Skyline Scotland will feature a Golden Trail National Series race (the 29km Salomon Ring of Steall Skyrace), two new Spartan Trail World Championship races (the 27km Mamores Stalker Trail Race and 80km Lochaber Trail Ultra), and the iconic 52km Salomon Glen Coe Skyline race. Keen for something a little shorter? Choose from the Grey Mare’s 5K, the Loch Eilde Mòr 10K and the Three Mealls 18K.

Why: A ‘gastronomic trail race’ in Cortina d’Ampezzo, the Delicious Festival Dolomiti combines mountain trail running, food, history and nature. Entrants race along the paths of the Dolomites UNESCO Heritage Site, stopping at mountain huts and restaurants along the way. The main event is a 43km trail with 3,100m (and a 11-hour time limit), a medium 30km race takes place on 23 September from Val Badia and a short one, 22km in length and suitable for amateurs. 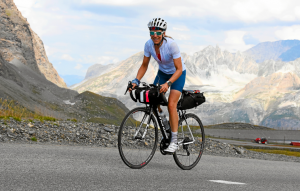 SUMMER SKIING – WHAT TO EXPECT FROM A SUMMER SKI TRIP 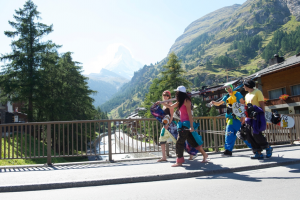 Running Up For Air with Patagonia 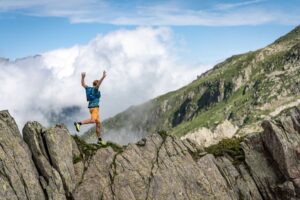