Autumn skiing can be magical in its surreality: while the valleys are warm and bathed in a glow of golden light, winter waits patiently up on the glaciers

Lets be clear: skiing in Autumn is not like skiing in February. Conditions are variable. Sometimes the snow comes later than expected and you have to dodge puddles of meltwater half way up the drag lift; other times it snows so hard that you can’t spot the difference between piste and pylon, if the lifts even run at all.

The offpiste can be sharkier than Reunion Island, even the glacier resorts are unlikely to be fully open, and lift queues can be an exercise in fending off the pointy elbows of unruly teenage race teams (ski poles aren’t just useful for pole planting when you turn).

But despite all that, there’s just something so special about climbing into a gondola in the valley as the warm still-summery breeze blows through the windows, before stepping out at the top into a crisp white world of corduroy, kickers, and the clearly delineated shadows cast by the weakening sun. Plus, y’know, the smugness of being up a mountain before your mates have even scraped the storage wax off their skis!

The trick is to book last minute: there’s no shortage of accommodation at this time of year, and there are usually plenty of bargains to be found even a day before travelling. If you must book in advance, then book flights to a hub airport like Munich, Zurich or Geneva now, but leave the decision as to which glacier you want to visit as late as possible. That way you’ll be able to maximise your chances of good weather and snow, but without the financial penalty you’d take doing so in the main season.

If you want to get the jump on winter and an early kick start to your ski season, these are the top 5 European glacier resorts you should be considering: 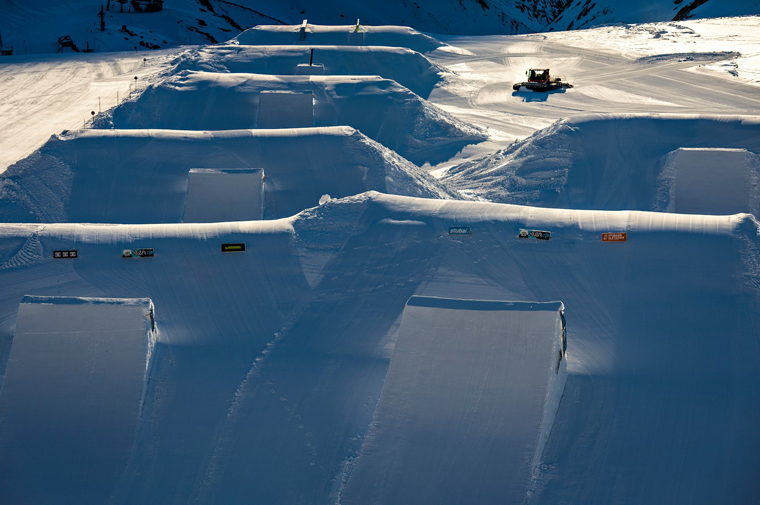 Stubaier Glacier is normally one of the first glaciers in Austria to open each year, with a wide variety of pistes and ski routes for all levels. It’s a great choice for freestylers too – every Autumn freeskiing’s royalty descend on the expansive Stubai Zoo to kick the season off with in style with the legendary Prime Park Sessions. 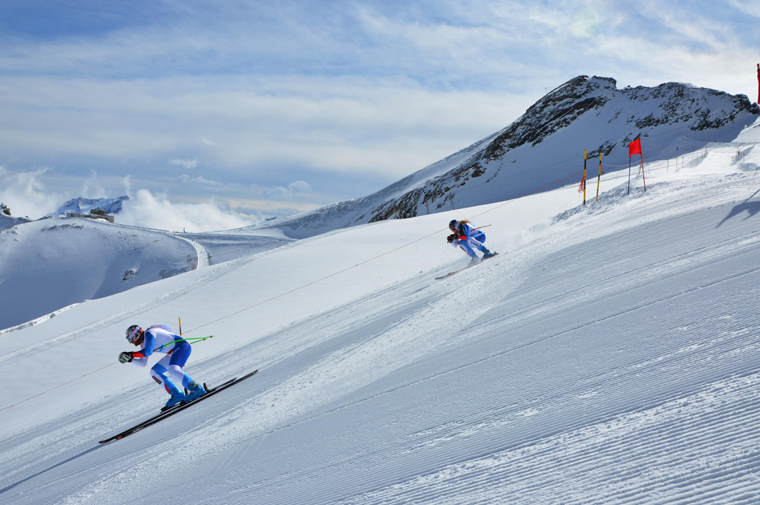 Saas Fee is one of Switzerland’s most popular glaciers, with excellent facilities for ski racing and freestyle open from mid July. The official early season and summer ski area is fairly small, but the resort works hard to open up as much new terrain as possible from October/November, snow permitting. 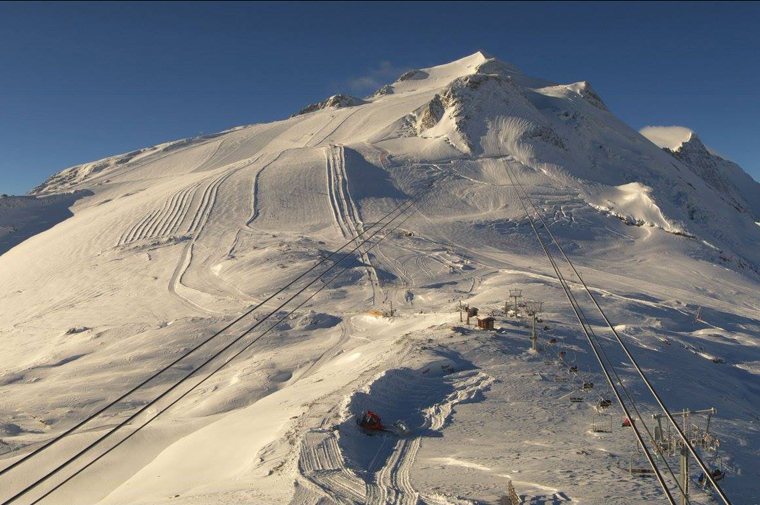 Tignes’ Grande Motte glacier offers 20km of mainly gentle pistes, perfect for finding your legs and working on technique on your first trip of the season. For this reason it’s a favourite training destination for national race teams and a number of instructional outfits – there’s nowhere better if you want to get your early season carve on! 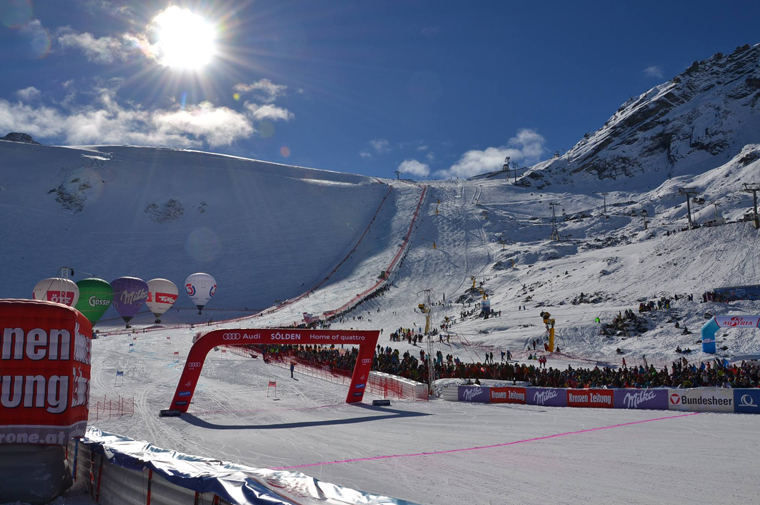 Based in the high altitude Ötztal Alps, Sölden is the only ski resort in Austria with lifts to 3 different peaks over 3000m. With two linked glacier areas it has some of the most reliable early season skiing (and partying!) in the Alps, and hosts the first World Cup race of the season every year in October. 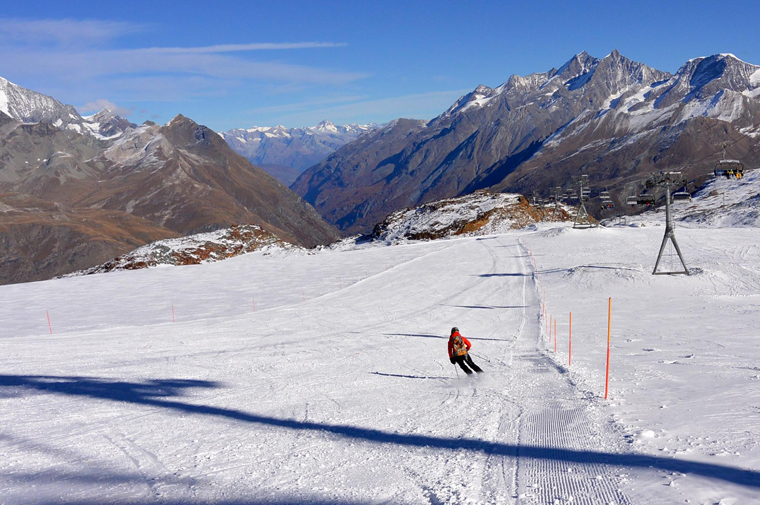 Zermatt is most famous for the iconic Matterhorn, but with lifts up to 3883m it also has the highest lift accessed skiing in Europe, open for play 365 days a year. At 21km it’s not the most extensive glacier skiing in Europe, but they expand the terrain open skiing as early as possible so you can expect considerably more available by mid/late October.