Will this be the first artificial ski slope built on a snow-covered mountain and surrounded by actual real ski slopes?

No, we’re not making it up: the giant high altitude Tarentaise ski resort Tignes really has had its plans to build a 400m long indoor ski slope at 2000m approved! Complete with chairlift, surfing facilities, hotel and a shopping mall, the facility, dubbed ‘Ski Line,’ is heavily inspired by Dubai’s huge indoor snow dome. Projected to cost €62 million, it has already been approved by the region’s commission for new tourist units. The next stage will be for Tignes council to work on more detailed plans and find funding.

An artists impression of the proposed Ski Line indoor slope

But why does one of the best and most snow sure resorts in the Alps want to build an indoor slope anyway? It’s all down to climate change, apparently. Tignes currently boasts a 9 month season and is a favourite destination for off-season race training in the Autumn, but the resort wants skiing to be available 365 days a year as it used to be when the glacier was in better shape. Tignes mayor Jean-Christophe Vitale said: “The Grande Motte glacier has already lost 30 per cent of its ski area, so we have decided to react by creating an indoor ski slope.”

Given that the Swiss federal environment office has predicted that all small and medium-sized glaciers in Europe will have melted by 2050, the project is seen as a way to mitigate the effects of climate change. While it might seem a little weird to counter the effects of climate change with a project involving huge amounts of energy and water, Tignes have said that the facility will be powered by hydroelectricity from its dam and solar power generated by roof panels. Natural snow can also be brought in and used in the winter.

A rendering of what the Ski Line facility could look like, with a ski slope, surf pool and shopping mall all rolled into one

The current plan is to build the indoor slope at Val Claret, and it’s thought that construction could begin as early as 2018. However, the project is being opposed on environmental grounds and for further ‘disney-fying’ the Alps. “The Ski Line is a kind of Disneyland theme park,” said Hervé Billard of the Rhône-Alps Federation for the Protection of Nature, “a line has been crossed. It does not respect the mountain.”

A local’s guide to Tignes 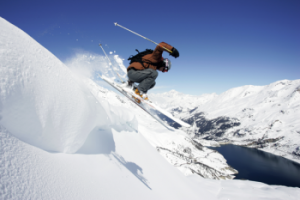 How does Tignes measure up with your local town? 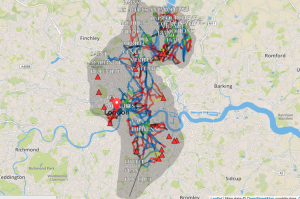 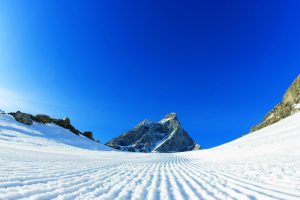 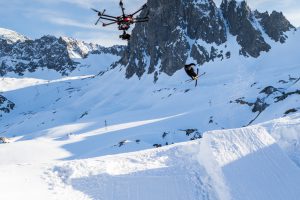 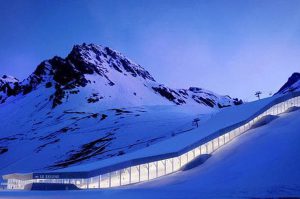