We all know that French resorts like 3 Vallees, Tignes and Portes du Soleil are some of the biggest in the world but have you ever wondered what it would look like if you took those piste maps and super-imposed it over your local town? We just did, and the results were a little flabbergasting.

France Montagnes & Atout France have launched a new interactive map which lets you measure up some of France’s most famous ski areas against your local town. Here’s what happened when we tried it on Fall-Line’s home town of Peterborough (yes, we know it’s ludicrous that we’re based in the flattest place in the country…) 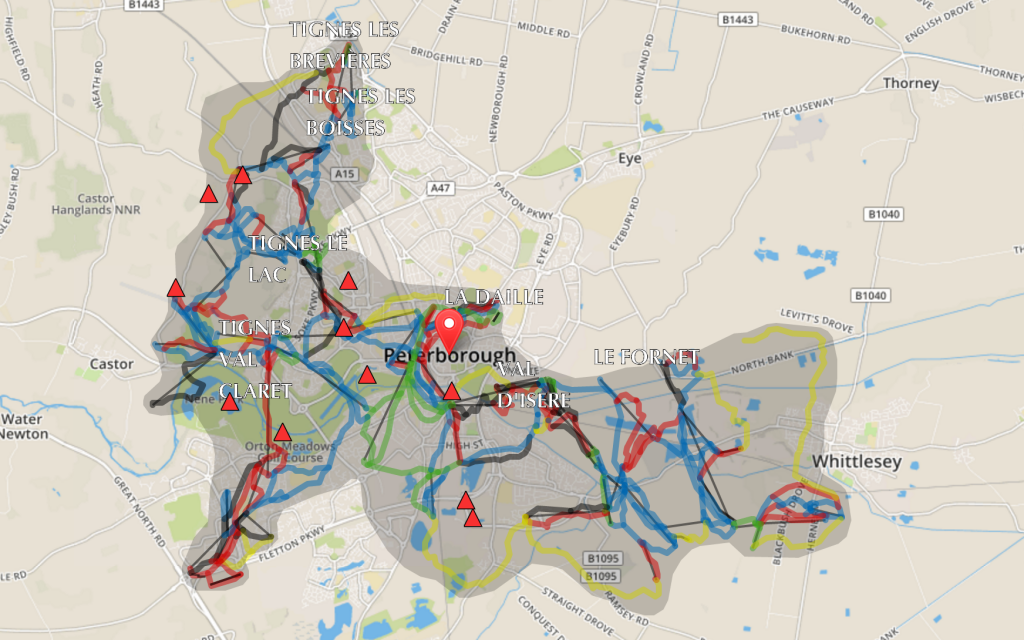 Tignes and Val d’Isère lifts would more or less cover the entire area of this 180,000 person city, and our office would be conveniently located at the bottom of the Grande Motte cable car… if only we could pop up there in our lunch break… 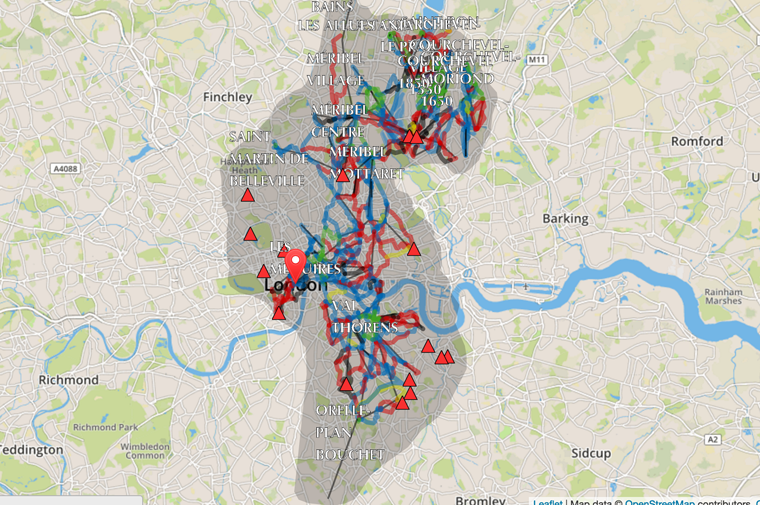 It it were in London, the 3 Vallees’s lift system and its 600km of pistes would extend all the way from Enfield to Clapham, which would easily beat a rush hour commute on the Northern Line… 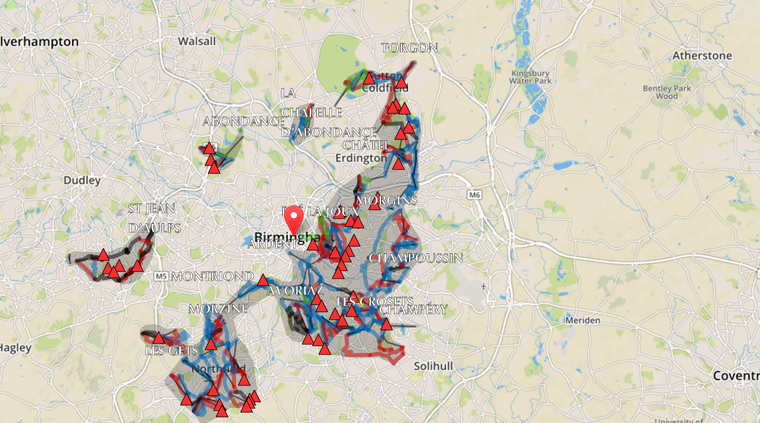 The map has been developed using OpenStreetMaps and the distances shown are entirely accurate (though we don’t recommend using it instead of a piste map).

The map, which covers Serre Chevalier, Alpe d’Huez, Grand Domain Ski, 3 Valleys, Les 2 Alpes/La Grave, Paradiski, Grand Tourmalet, Val d’Isère/Tignes and Portes Du Soleil, is available at frenchskiareaovermytown.com and is super-easy to use: choose the resort, enter your postcode and get comparing! Or just have a fiddle on the map below.