As Europe’s latest-opening ski resort shuts down for summer Gabriella Le Breton asks: How worthwhile is it for resorts to open beyond the end of the ‘traditional’ season for spring skiing?

Long sunny days, corn snow, guilt-free late lunches: you don’t need us to extol the virtues of spring skiing. And, as our seasons turn topsy turvy, April and May often bring the best snow conditions of the winter. However, fewer than 50 ski resorts are open by early May. The latest-opening major European resort is Engelberg, which closes on 27 May (snow depth at the top of Titlis was 630cm on 24 May, with a few days to go). So what’s it like for those who keep the lifts running? Is it worthwhile?

Speak to Emilie Rouzaud of the Val Thorens Tourist Office and the answer is an emphatic yes. Europe’s highest resort and the first to open and close each winter (18 November 2017 to 8 May 2018), the resort saw a 44% increase in spring skier days in winter 2016/17 on the previous season, with resort occupancy at a whopping 70% through April.

Similarly, across the Pond in California, Mammoth enjoyed the second longest season of its history in 16/17, opening in November and closing on 2 August. Although it’s not new for some US resorts to stay open late, Mammoth made headlines for boasting a 270in base depth at its summit on 27 May. This year, even without record-breaking snowfall, Mammoth plans to stay open until 17 June. 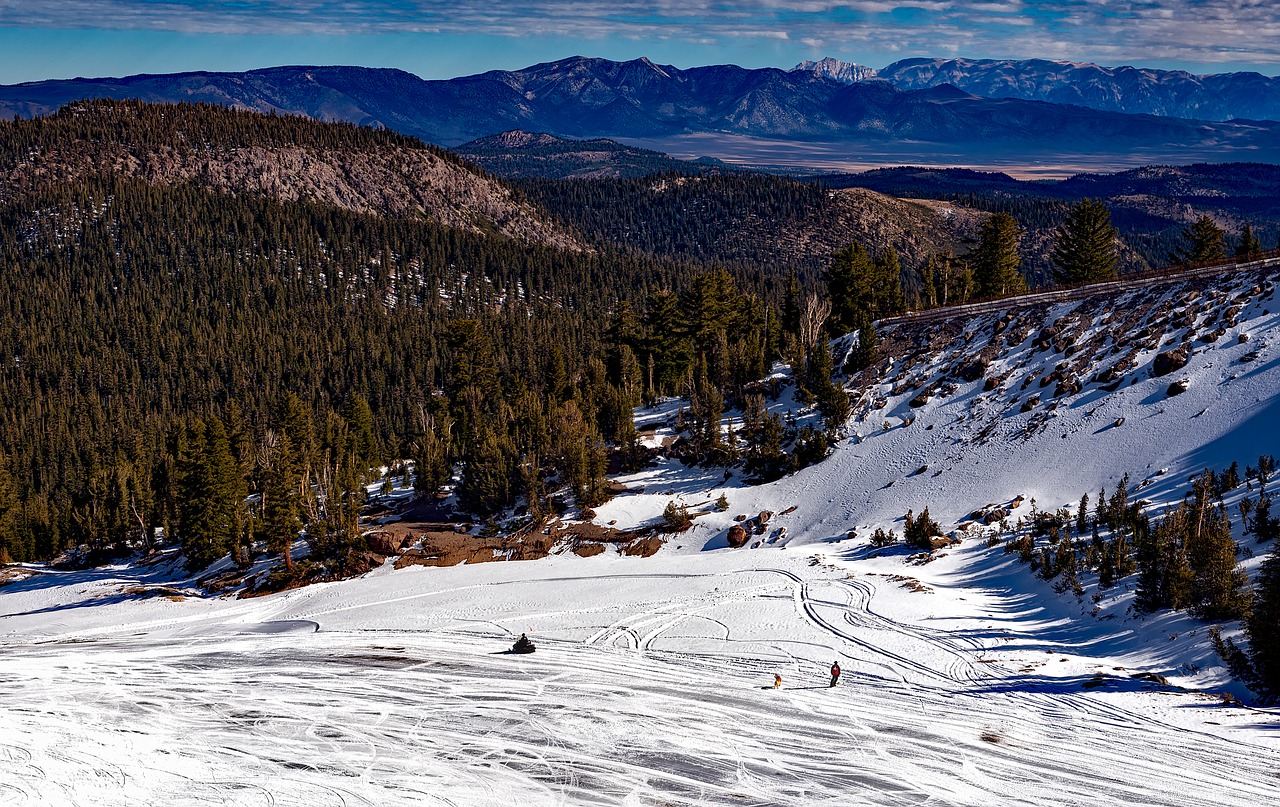 Nonetheless, Kristin Rust, international sales and marketing manager for Mammoth Mountain Ski Area, confirms running lifts this late is not, in itself, financially viable. “It costs money to run the lifts and employ staff on the hill. However, the long-term strategic value of promoting Mammoth globally, and attracting visitors at a time they might not otherwise consider, outweighs the financial considerations.”

It’s a view echoed by Andreas Steibl, general manager of Austria’s Paznaun-Ischgl ski area, which opens early November and closes on 1 May.

“We celebrate opening and closing with a concert with major international stars,” explains Steibl.

“This has become our trademark and, although expensive, it serves multiple purposes: gaining international media attraction at the beginning and end of the season, ensuring the village is fully booked, and enhancing our image as a snow-sure resort.”

Particularly in light of the relatively short ski days typical of spring skiing, the promotion of concerts, festivals and, increasingly, freestyle camps has become a key element in making late season opening viable. Corvatsch and Diavolezza (part of the St Moritz ski area) stay open to late May, hosting regular weekend festivals and concerts, complemented by the presence of international Alpine and freestyle teams who train on the north-facing slopes and terrain parks.

Unlike some resorts, which wind down on-mountain dining, Corvatsch and Diavolezza keep five restaurants open, with more than 100 staff working across both mountains (for a combined 55km of pistes). The busy vibe doubtless helps explain the fact that an impressive 9600 day passes were sold to overnight guests alone in April/May 2016 (excluding season pass holders and day-trippers).

Engelberg offers a dedicated spring lift pass, valid from 10 March to 27 May at CHF315 (£240) Click here to check out all the prices. With the entire Titlis ski area remaining open to late April, and lifts above Trübsee staying open to late May (offering 1200 vertical metres of descent), it’s a tempting option.

As Eric Spongberg, owner of Ski Lodge Engelberg, says: “In 2016, the best conditions of the whole season were in early May, when we hosted the Fischer Freeride Camp with Sandra Lahnsteiner. The snow is deep and cold and the mountain is empty.”

Empty mountains sound ideal to us, but what about the lift company? Peter Reinle, head of marketing for the Titlis Cableway Company, explains: “On a sunny spring weekend we have 1500 skiers on the slopes, with numbers dropping to 100-400 mid-week. Keeping the mountain open for skiers alonewould not, therefore, be financially possible. Fortunately, we welcome far more international non-skiing guests at this time, which enables us to stay open.”

Indeed, for resorts like Mammoth and Whistler, which attract a global audience, and equal if not more summer than winter visitors, the shoulder season has become a positive, enabling them to cater to both ski and non-ski traffic concurrently. In Mammoth, for example, you can use the lifts to ski corn in the morning and then hit the bike trails.

With non-skiing visitors ensuring the financial viability of running at least some lifts, these resorts benefit from greater freedom to react to conditions. Rust says of Mammoth: “The decision to stay open is a matter of staffing, safety and operations but, fundamentally, it’s about how many people want to stay open. It’s always a happy meeting when we delay closing day!”

It’s a luxury sadly not afforded to all resorts. As Gilles Vanheule, director of Les 2 Alpes Tourism, says: “The operation of a ski resort is, above all, based on client demand and commercial viability. We adapt to the needs of our clients, not to the seasons.” As one of France’s highest resorts, Les 2 Alpes offers summer glacier skiing yet closes in late April, just before French school holidays begin. “C’est la vie,” says Vanheule with a Gallic shrug, adding that persuading local hotels, restaurants and shops to stay open later is hard.

It’s a battle that Piers Ritchie, founder of the private members club Arctic House and Arctic Juice & Café in Val d’Isère, knows all too well. Despite excellent snow conditions and significant interest in late season skiing from Val’s freeriding fan base, he maintains the resort hits “morgue time” by mid-April, before the lifts even close.

“It’s a snowball effect,” explains Ritchie. “Customer numbers dip, hotels start closing and then the nightclubs close, which kills seasonnaire morale. We need to come together both as a community and on an international level to increase awareness of the joys of spring skiing and change the old mindset that you can simply work a 16-week ski season and knock off for the summer.”

Intriguingly, no resorts we spoke to attributed the decision to remain open later in the season to increasing interest in ski touring. Although Paola Turchetti of the Ufficio Commerciale Monterosa did confirm that ski tourers are the key beneficiaries of keeping five out of the 27 lifts in Gressoney and Alagna open to early May. “Monterosa Ski provides a service to the Monterosa mountain refuges. We can honestly say that we stay open to create a net between the mountain huts and the villages. We don’t do this to earn money.” We applaud her attitude and wish other resorts would follow suit.

Ski season master plan: where to ski at which time of year