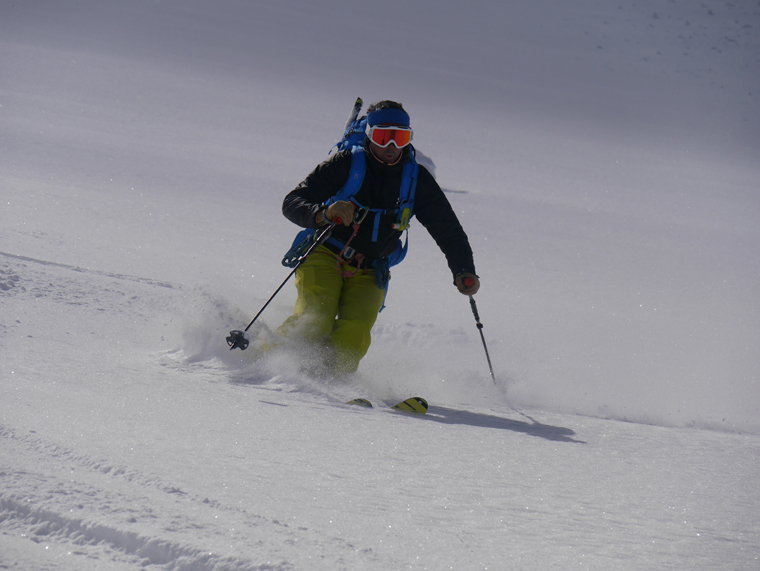 This is a classic technical Chamonix ski tour reached from the Aiguille du Midi, with oodles of high mountain ambience and far-reaching views. Follow the Vallée Blanche halfway down then switch to skins to ascend the Periades glacier. The descent down the Mont Mallet glacier is one of the wildest in the Chamonix area, beginning with a rappel and riddled with crevasses before reaching the mellower Leschaux glacier and rejoining the Vallée Blanche.

Situated close to Svensby on the Lyngen Peninsula, this is an ideal intro to steep skiing. In spring you’ll have to walk through the heather to the snowline before you can don skis, and ski mountaineering skills are needed for the summit push. The descents are steep (40-45°) but the south-facing aspect produces excellent spring snow if you time it right, and there’s the stunning Lyngenfjord as a backdrop. If you want to up the ante, head to the north face and ski the Kosmiska Korridoren, a steep couloir named by the late Andreas Fransson.

Scotland has seen a huge renaissance in backcountry skiing over the past few years, and for those close by there are some great ski tours to be had, particularly if you don’t mind walking a little. In a good snow season the Moy Burn on Creag Meagaidh is a must, rarely tracked and often holding snow well into the spring. And if you luck out with the weather, the views over the Highlands are up there with the best.

People often hurry past this area – located in Les Aravis between Geneva and the Mont Blanc Massif – en route to higher lands. More fool them! This is a great tour linking two big, north-facing valleys that hold snow late most winters. Rather than going to a summit, the main aim here is to ascend the Combe de Paccaly before descending the Combe de Grand Crêt, the highlight being a short climb through the ‘Trou’ itself, a hole in the limestone ridge separating the two valleys.

Situated in Nordfjord, this is a superb touring base with plenty of routes that are accessible well into June. The mountains here are high but gentle, with a dryer weather system than coastal areas, meaning there’s less risk of a down day. Mt Skåla (1848m) is a classic choice, starting almost at sea level (snow dependant) and taking around five hours to complete. On clear days the views over the fjord are magical.