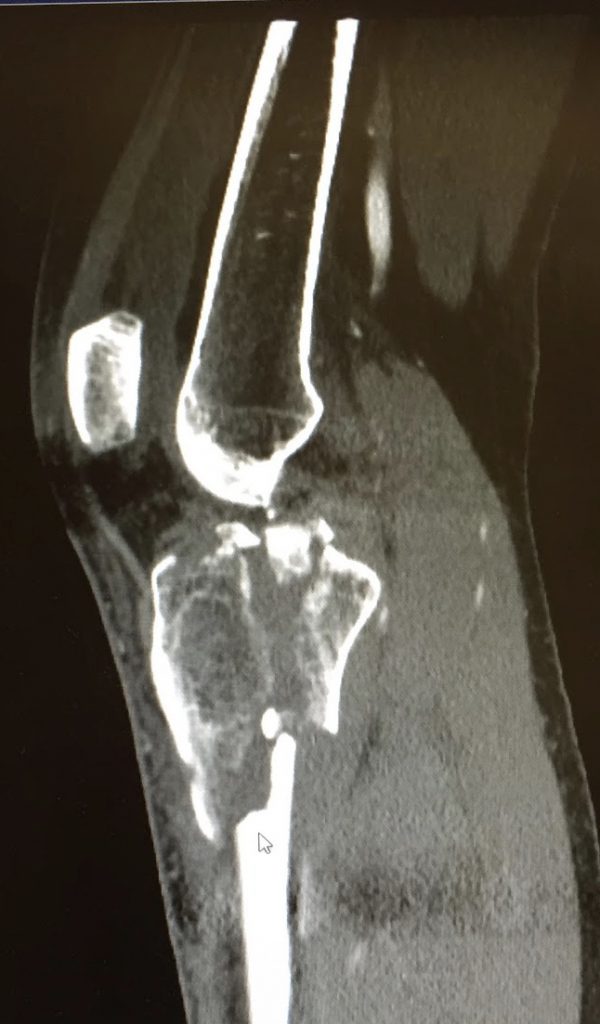 One day my secretary thrust me the phone, mouthing the word “Help!” On the line was James, a patient in a panic. A keen skier who had been in our fracture clinic only weeks before with a relative, he was sitting in the emergency department in Grenoble hospital sounding a little shaky.

The events that led to this call could easily have befallen any of us. James had had a great week’s skiing in Val Thorens and on his last day decided to get to the highest point he could. Unfortunately the weather closed in and he ended up in a whiteout. Creeping to safety not knowing if he was going forwards or backwards, he misjudged the edge of a track and fell nearly 20ft.

He was unable to get on his feet, with pain in his knee, so the situation was suddenly very serious. Luckily a fellow skier called for help and he was brought down in a bloodwagon. The local medical centre assessed him and an X-ray identified a complex fracture of his tibia. There followed a hairy ambulance journey down winding roads in an ambulance that made the bloodwagon trip seem like a pleasure ride.

By the time he called, full of morphine, he had been seen by the orthopaedic team, scanned and given the option of an operation to reconstruct the fracture. His question was: “Do I have this done in France or do I make my way home?”

His case highlights the importance of insurance (even more important with the looming B word!): just his ride from mountain to hospital could easily cost tens of thousands. He decided to return home as the op would not be possible for a few days. His excellent insurance company arranged his transfer to the UK, accompanied by a nurse, followed by an ambulance to us.

After we reconstructed his joint with titanium plates and screws in a two-hour operation, James had a week in hospital and could start to think about his recovery. For the bones to heal and for him to bear weight on the leg would take three months: a massive impact for someone used to being active. During this time physiotherapy would be vital to keep the knee bending, to prevent it getting stiff and to keep the muscles moving. Like the opposite of holiday weight gain, you lose muscles faster than it takes to put them back on!

Seeing James now, nearly six months after the injury, he is clearly better but far from back to normal. Physio to rebuild the muscles is currently the most crucial part of his recovery. Thankfully the fractures have healed and the joint is in great shape with a little titanium sprinkled in for good measure.

Inevitably we chatted about skiing and James has booked an end-of-season trip. He will be nearly 12 months post-injury and ready to get back on the horse. Maybe on gentle pony rather than Red Rum! His knee may have recovered but his confidence has taken a knock. That is harder to overcome. Good luck James and I hope, in the nicest possible fashion, we won’t meet again!