Known as ‘the Godfather of Freeskiing’, Mike is credited with impacting the sport of skiing like no one else. Now a filmmaker with his company Switchback Entertainment and brand ambassador for Salomon, Mike has been chairman of Protect Our Winters/Canada since helping to launch the Canadian arm of the charity in 2018. 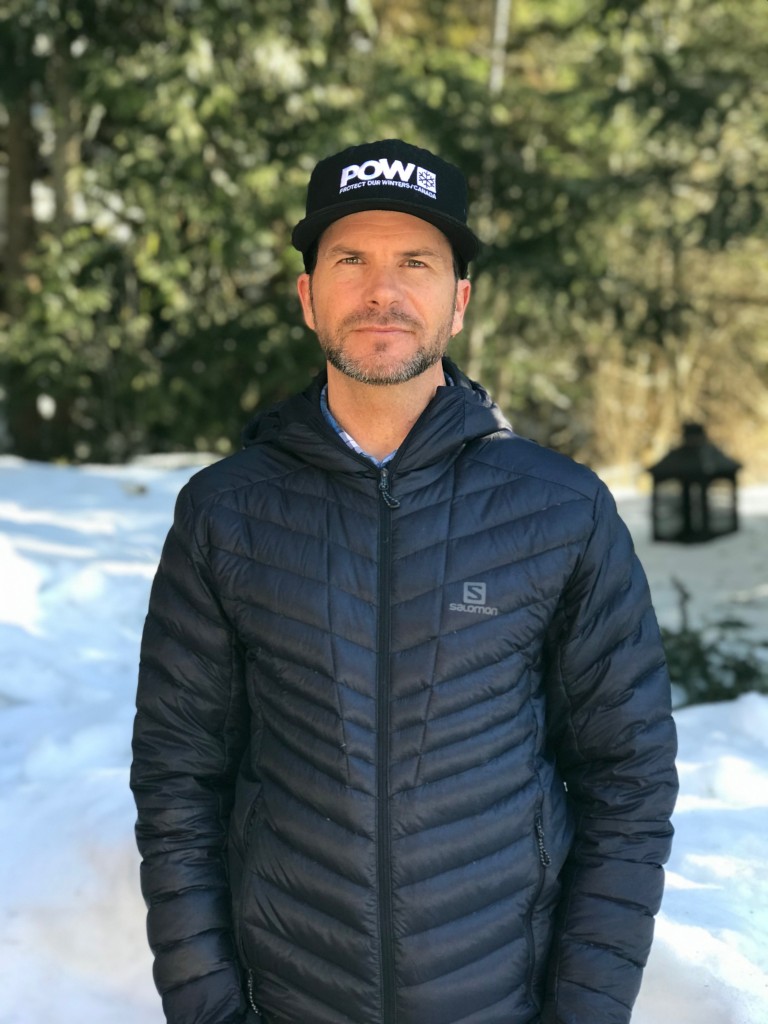 Abigail Butcher: First of all, you’re known as the Godfather of Freeskiing – for the (very few!) uninitiated, why is that?

Mike Douglas: I moved to Whistler from Vancouver Island aged 18, wanting to explore skiing. I did some racing, freestyle competitions, and ended up doing so well in mogul skiing that I was offered a spot on the British Columbia Freestyle Team the following year (1989), then the Canadian in 1990.

I competed in moguls until 1994 but quit because I was broken and frustrated with my results and performance – I wasn’t doing as well as I wanted to do. I coached moguls for two years at Whistler, then the Canadian team for two years, but at the same time a group of us (dubbed ‘The New Canadian Airforce’) were becoming disenchanted with the rules around freestyle – courses were becoming boring and snowboarding was taking all the energy from skiing. So we started poaching the parks, doing the same kind of tricks as the snowboarders were doing and through that process came up with the idea for the first twin-tip ski. We got a whole bunch of doors slammed in our faces but Salomon saw something in it – the rest is history.

AB: Did you realise at the time the importance of what you were doing, that you were bringing in a whole new era for the sport?

MD: It stuck a plug in the dam – we thought we were on to something, we were all about it, everywhere we went people watched us doing these tricks. The first run of the first twin-tip – the Salomon 1080 – was 6,000 pairs. It sold out in two weeks and went on to become one of the top-selling skis of all time. 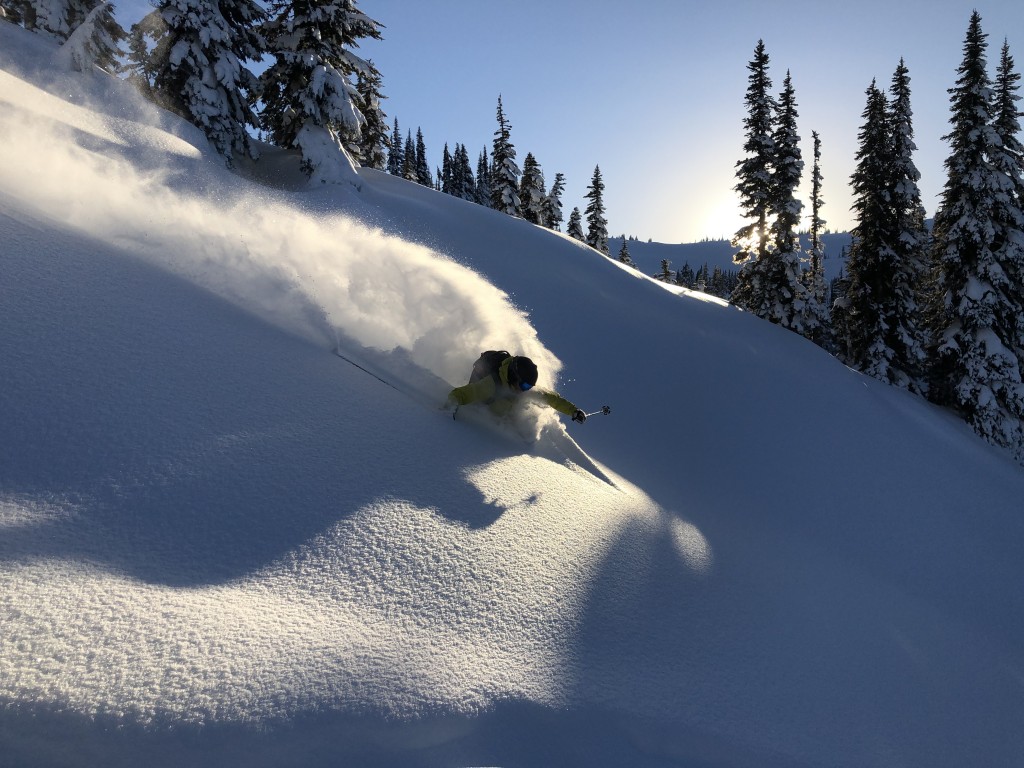 AB: So tell us how and why you’ve become so involved in campaigning for climate change.

MD: When I moved to Vancouver, the Horstman Glacier on Blackcomb Mountain was like a rounded and full bowl of milk. It was instrumental all year round in both my training and coaching. Now, there’s only half as much milk in it, so to speak – the ice and snow has receded massively.

Five years ago the resort had to move one of the lifts because the glacier had pulled back so much; this year they’ve been fighting all winter to make the Horseman T-bar work for summer camps (using snow cannons) and are only just holding on but it’s sketchy. It’s been a gradual change over the 30 years I’ve lived here, but more dramatic in the past 10-15 years.

Now we can count the years the glacier will be around on one hand, so regardless of my own personal history, that really brings climate change home rather than vague news we may struggle to identify with.

AB: How did you get involved with Protect Our Winters (POW)?

MD: Since I noticed the glacier was receding 20-plus years ago, I started to become a bit of a nerd and have been keeping track of climate change and the science of what’s going on. The connection with POW just made sense – it took longer than it should as I didn’t know how to be part of it [POW was founded in 2007 in the US by pro snowboarder Jeremy Jones].

In 2015, I was speaking at a film festival in Telluride about climate change and the mountains, POW was there and that kicked it all off. I’ve been involved for over three years now, but in November 2017 we collated a group of Canadian POW athletes and formally launched in September 2018. Canada is often perceived as more sympathetic to the US on climate, but it’s not, believe me. But POW has been really well received – in just a year we’ve had tremendous support from the industry, businesses are on board and we are really focussed on youth empowerment and education. It’s all still voluntary – I’m chair of the board and spend about 30% of my time on the charity and campaigning, but I’m hoping that over time the workload will decrease. We already have three employees. 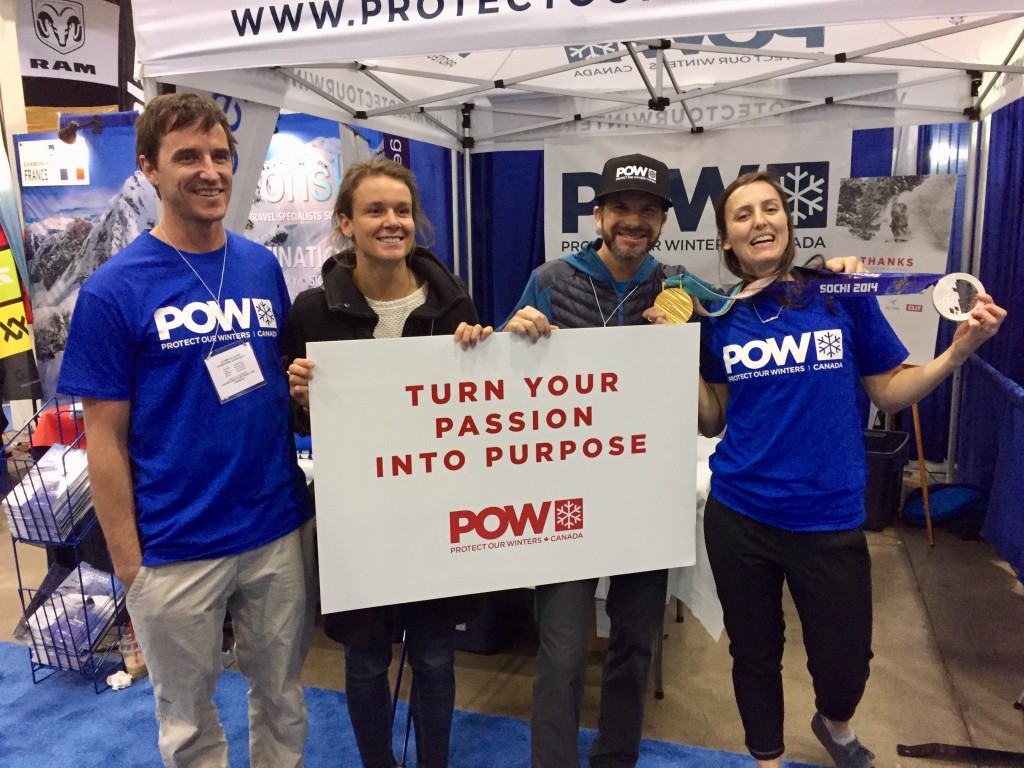 AB: As your awareness of climate change has grown, have you changed your own habits? As a pro skier you must have been in a fair few planes and helicopters…

MD: I used to heliski a ton and travel on a whim all over the world. Now I’m conscious of all my decisions – I didn’t heliski this year or last, and flew the least I ever have over this past season. I’m not saying I’m not going to fly any more, but now I try to combine trips. Our motto at POW is ‘progress and not perfection’, we don’t expect people to stop doing everything, but we can all do what we can to reduce our personal emissions and carbon footprint.

AB: What about clothing and equipment – much of which ends up in landfill and is as indestructible as plastic. How much input do you have into Salomon’s designs and sustainability practice?

MD: There is a group of five key athletes at Salomon who have really put the pressure on the brand – we said if you don’t make changes, we are going to leave. Fortunately it worked, they’ve really started stepping it up in terms of sourcing from the most sustainable options, running energy efficiently, introducing a bike-to-work programme at the HQ in France which employs 1,000 people. They’ve just launched the Play Minded programme to provide people with knowledge, inspirations and solutions for more responsible ways of playing outside. Salomon is now starting to make environmental progress and attempting to make sporting goods more sustainable.

AB: Do you get stick for the amount of equipment you get through while testing, and the travel you do?

MD: I get called out all the time for being a hypocrite for trying to sell ski gear on the one hand, while trying to change thinking on the other. Especially on social media. My carbon footprint flying to France to meet with Salomon isn’t ideal, but the pressure I put on that billion-dollar company to make change was worth that flight. We need to weigh up these decisions.

MD: Because of the urgency of the climate crisis we’re trying to get as many Canadians on board as possible to operate at a high level and challenge our government. Yes we’re encouraging people to make changes in their daily lives, but also we’re trying to get a movement going and unite public opinion and all the smaller movements to get towards doing this. Getting the outdoor industry to get behind the youth and empower them – which seems to be working well. Among my peer group in North America, everyone is as riled up. I notice that the older generation are more in denial about climate change, believing it’s part of the world’s historical cycles, but the youth are definitely aligned.

AB: What’s happening on your home turf in Whistler?

MD: When Vail Resorts bought Whistler-Blackcomb, they took on the sustainability initiatives, and the resort has definitely been seen as a very progressive town and a leader on this. Our mayor is a member of POW and we’re always talking of ways to work together and use Whistler as an example of ways to do things – there’s a lot of wealth here, you’ll see more Teslas here than anywhere. People fly from all over the world to be here, there’s not much we can do about that, but there are small initiatives going on within the community about how we can reduce our carbon footprint. For example, the mayor is looking at putting heat tracing under the village stroll instead of clearing snow with diesel ploughs – he says research shows it’s more efficient and sustainable for snow removal. These are the things people don’t think about when they go to a ski resort. 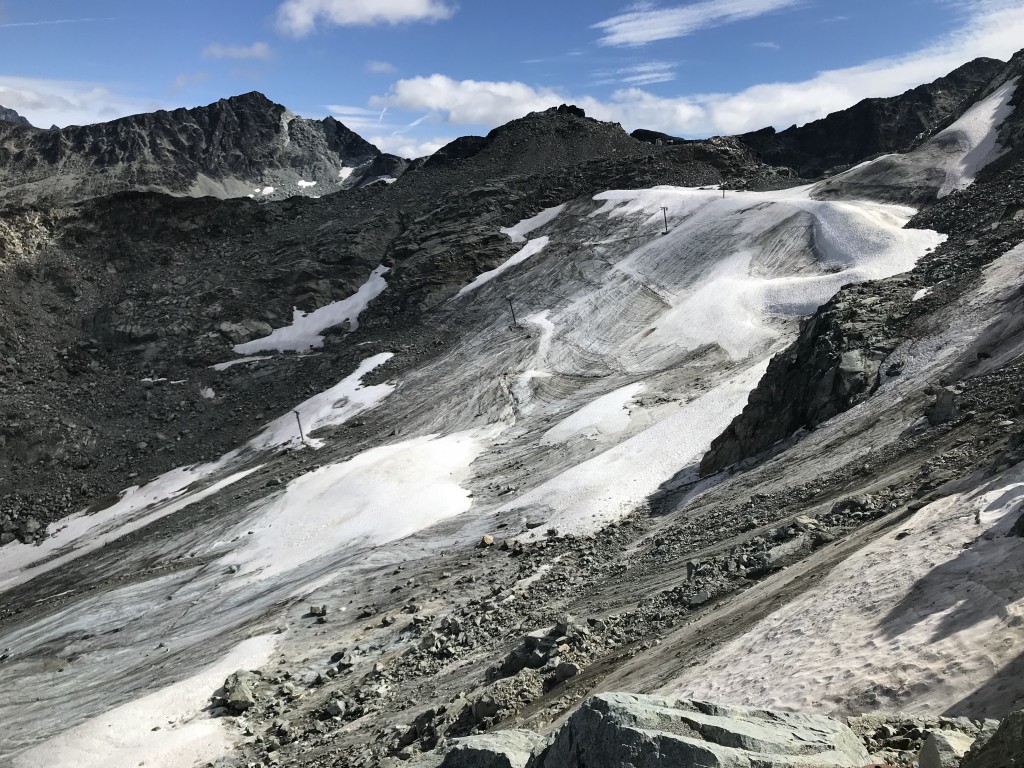 AB: What about with Switchback Entertainment and Salomon TV, any environmental films on the horizon?

MD: We made a climate film with Greg Hill for Salomon TV about his ‘electric adventures’. He’s our biggest advocate for climate action, has cut his flying down to a complete minimum and does all his adventuring in BC and North America in places he can reach in his electric car. It’s called the 100 Electric Peaks Project and about not using fossil fuels to reach them. But it’s sad – even Greg Hill gets so much hate. Someone will cut him down for the electric car and its lithium batteries. I get depressed if I think about this stuff too much – there’s so much to do. 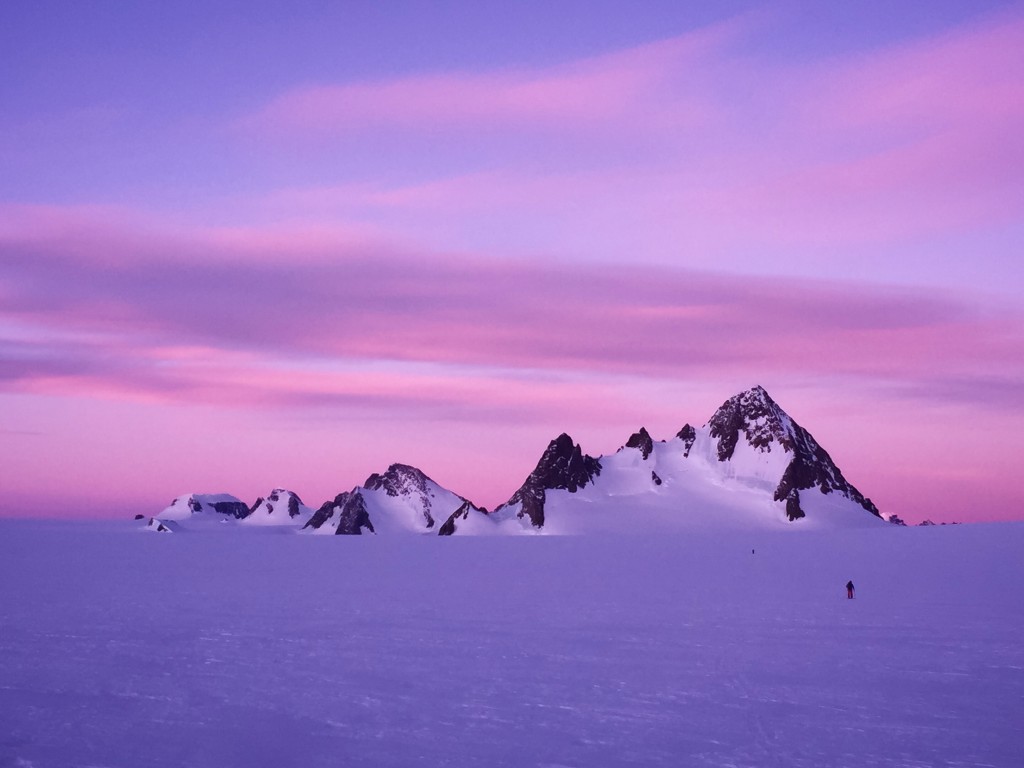