Take a pen out and quickly jot down the year you think freestyle skiing started. Don’t overthink it; don’t Wikipedia it, and definitely don’t Google “When did skiers first jump off hotels?” because that’s going to be less than zero help to you.

If you put the 1980s or 90s, congratulations, you’re very young, and miles out! If you opted for the 60s or 70s, and a time before twin-tips and rocker, you’re in better shape (oh, come on, respect the puns) but still decades short, as this shot is a recreation of Otto Berauer’s jump from the same Czech hotel in… 1929!

Yes, you read that right. Closing in on 100 years ago, a nut job dropped the five-storey Luční Bouda chalet on wooden skis and leather bindings. So impressed was photographer Jiří Šimeček on seeing the image, that he pitched Red Bull that they really must do it all again, paying homage to one of freestyle’s pioneers.

Oh, and wouldn’t it be apt (alongside the usual digital offering) to shoot a twin to the original exposure, using a 1932 Voightlander Bessa, in the hope of creating a near identical, but updated frame (see insert for how they did).

“It was my first official project for Red Bull so there was quite a lot of pressure,” says the 28-year-old motorsport snapper, who’s more used to shooting MotoGP and WRC, and definitely does not do that on a medium-format camera that shows everything upside down in the viewfinder.

“It (the Time Drop project) was something around a year in my mind,” says Jiří. “I’d described my ideas, convinced the team that it makes sense to spend the time and money… The hotel were into it, Red Bull had some athletes already in the country for an international freestyle competition so had simply written to all of them… But the day before the shoot, I was up there (the hotel is the Czech Republic’s highest at 1410m) and saw fog and nothing else. I really was not sure we could go ahead. While the locals I asked told me they’d not seen the sun for two weeks!”

“You really couldn’t see your hand in front of your face,” says Nick Goepper, the skier who answered Red Bull’s request. And was no doubt on the roof, all roped up, thinking an 18-metre building seems a lot higher from up here than down below, even when it’s such a pea-souper you can’t see the ground.

And speaking of coming down to earth, adding to the challenge was the fact that the American (who won Slopestyle silver at the last Olympics) was determined to land the jump, with there being no record of whether Otto stomped it or not. “Maybe” says Nick, “but I’m guessing there was twenty feet of powder and he just… exploded into that”. Which seems a fair estimation of what might have happened to him, and the limited ski-technology of the day.

Anyway, after the whiteout stubbornly refused to shift for the entire morning of the scheduled shoot (check the accompanying YouTube short to see just how thick the storm was; and note the huge piece of wood Nick needs to mark his take-off as he clearly can’t see a bloody thing) they finally got a precious 30 minutes of what Jiří calls “nice and clean sky”.

“A miracle,” adds Josef Šulc, who took the main image shown here during the short weather-window, and was one of many essential helpers and auxiliary photographers on the shoot (you try solo-directing and capturing a three-time X Games winner on an 88-year old camera in a blizzard!).

“I like to think in another 100 years maybe a photographer will get excited by the pictures and do it all again,” says Jiří. “I would be happy for that and also if skiing is still possible on the planet.” 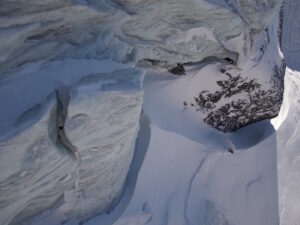 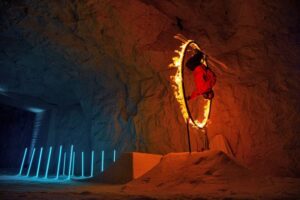 “I’m never happy with average”: An interview with Jon Olsson 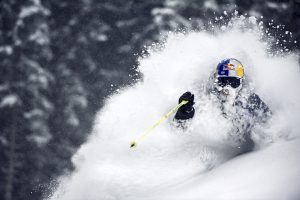 All hail the 17-year-old who created his own trick 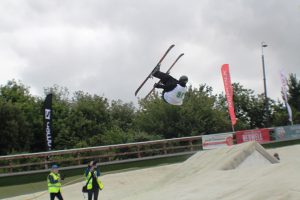