Where has the glam, business-minded Swedish X Games prodigy been for the past six years? Oh, just racing GS and landing World Cup starts – for a €5000 bet over beers. Now, he tells Yolanda Carslaw, he’s back on the freeski scene and raring for airtime 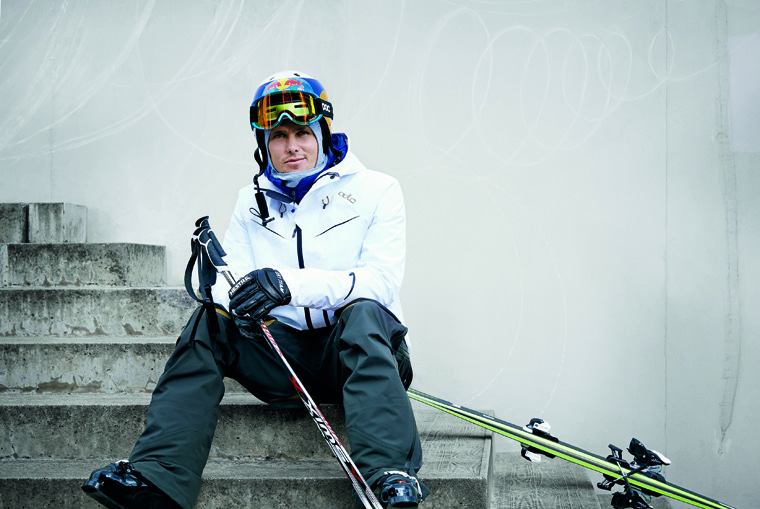 Yolanda Carslaw: Last year you quit Alpine racing to come back to freeskiing. What happened?

Jon Olsson: I was really loving everything about ski racing – besides the politics – and I had no interest in doing anything else. But last year I woke up 10 days after surgery on my knee, opened my eyes and my one thought was: “I have to jump again.” It came out of nowhere. I started to push the thought away. “I’m a ski racer, now,” I told myself. After four or five months I still wanted to race but I also wanted to build jumps, wear whatever I wanted and so on. With the race team, you’re forced into stuff you don’t like.

YC: How did you end up getting into racing in the first place? Wasn’t it something to do with a bet?

JO: Yes! The bet was with Jens Byggmark [the Swedish racer], about six years ago. He had won a few World Cups and I’d won X Games. We were living similar lives but in different parts of the ski world. We were having a beer one day and saying it was a shame we didn’t do the same thing so we could hang out more. He said I was a circus monkey and could never do what he was doing. A few beers later I’d bet him €5000 I could get to the Olympics in ski racing.

YC: How did you enjoy Alpine racing? Did you do well?

JO: Soon after I began training and racing, I started to really like it and took it more and more seriously. I was training everywhere from New Zealand to Australia to Europe.

As a kid I was better at slalom but I loved giant slalom more, so when I moved to racing I went for GS. In Sweden they were like, he’s a cocky idiot for thinking he can do this. I had a tough time with the Swedish federation. But I made it to number three in Sweden and had seven World Cup starts – and to make the World Cup was a victory in itself. 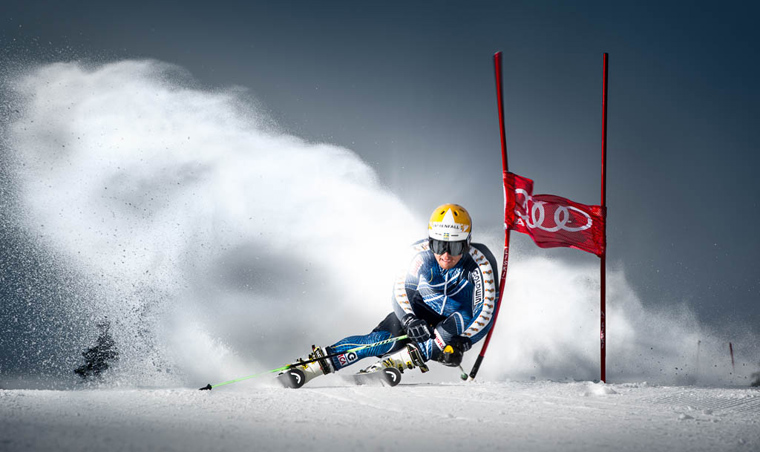 Jon on his spell in Alpine racing:
‘It was a cool change’ | Photo Oskar Bakke

YC: What else did you get out of those years racing?

JO: At my first World Cup start in Val d’Isère I thought, what am I doing here? I was at X Games three years ago. But it was a cool change, and I think the reason I still have such a love for skiing is because I’ve been able to do different things within the sport. I like to do things people say I can’t do…

Winning X Games was my big goal when I started freestyle skiing, but skiing down to the first World Cup start, knowing I proved I could do it, was maybe even better. And I did get to hang out more with Jens – he’s dating my girlfriend Janni’s sister.

YC: What happened when you got injured?

JO: I did my knee at Crans Montana in a Europa Cup race in January 2014. I heard
a pop but thought it was OK. I flew to the US to do another race but stopped mid-course when my knee felt tight. I knew it was the ACL.

I wanted to use a surgeon in Stockholm and I was booked in for surgery, but got food poisoning on the day, so they couldn’t operate. Then I had to wait two weeks to be rescheduled for the op. I just couldn’t sit still so Janni and I flew to Dubai for a holiday – I’d always wanted to go there and it was super-warm and nice. We’ve been back twice since.

YC: Whereabouts are you based?

YC: Which parks do you rate?

JO: Keystone and Breckenridge are great, and in Europe everyone has been talking about Stubai lately.

But I’m coming back into a different jumping scene, so I’ve been doing a lot of research into the places that are good now. Only a couple of guys from my freestyle days are still on the scene, and the group that came after me are almost gone too.

At CH Zurich [the September freestyle comp in the Swiss city] the oldest competitor was 10 years younger than me and the youngest was half my age. 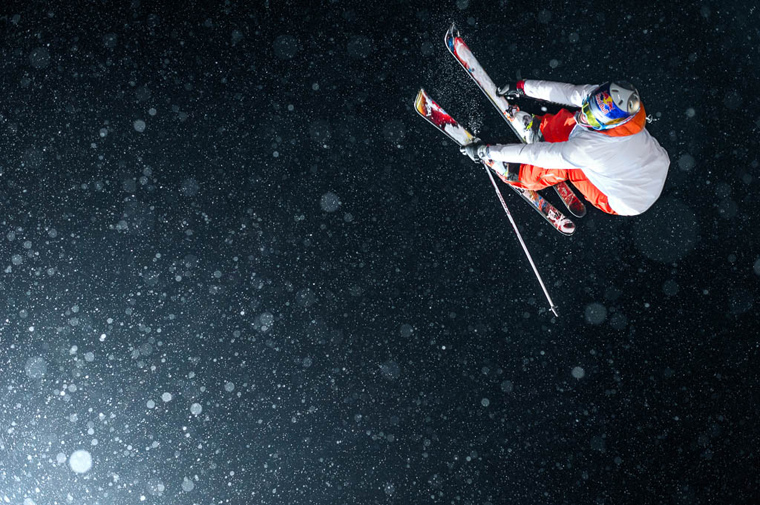 The old kid on the block | Photo Oskar Bakke

YC: Powder-wise, which resorts do you rate? Have you done much filming?

JO: St Anton and BC have always delivered great snow for me. When I ski pow I’d rather ski with friends, on our own, without a filmer. Cameras in powder mean you have to wait.

YC: What did you miss about freestyle when you were racing?

JO: Building jumps! I enjoy creating the jumps even more than jumping them.

You have to think about the backdrop, how the sun will affect the landing, the light at different times of day and so on. I like all those aspects. There’s no risk with building them, but once it’s built you risk your life!

YC: What have you been up to this winter so far?

JO: I started skiing in October in Stubai and that was a little scary the first few days, but I quickly felt that everything was good so after three days I was hitting some pretty big jumps. I’ve spent a lot of time in Stubai but have also been to Vieri in Norway, Tandådalen in Sweden, Niseko in Japan and Flachau in Austria.

YC: How did you find skiing again post-injury?

JO: No stress at all actually, I have been taking thing smart and not been stupid so that has helped a lot.

YC: Any interesting projects on the go at the moment?

JO: There are a lot of new things coming but it’s all secret to date. Douchebags is running great so I have been working a ton with that. I’m also involved in developing the Odlo gear – outerwear and so on – that’ll be in store next year.

I love looking at gear – working out things like the stiffness of the zipper, and how the pocket folds – and I have a million ideas on this subject.

YC: Which skiers have been big influences for you?

JO: The Canadian Airforce that started the freestyle movement was my greatest influence. And if one person got me to do what I do today then it’s JP Auclair. I watched his movies over and over gain. He had great style and was a great person.

JO: A Switch 540. It’s a trick where you feel weightless and it works well for me.

YC: What other sports do you like, outside skiing?

JO: I used to surf a lot but when I was racing I didn’t have any time for that. Now I’m trying to learn how to hit a golf ball.

I work out a lot, which I learnt when I was racing and can bring with me to freestyle. Before racing I never used to hit the gym, but now working out is part of my lifestyle, and I’m going to do the same things fitness-wise whichever type of skiing I’m doing, because I want to be in the same shape. Perhaps you need to be a little lighter for freestyle.

YC: Apart from the skiing itself, what else is important in terms of building
a career as a pro skier?

JO: I’ve never had a clear strategy, but I’ve always made sure I do an excellent job for sponsors. I’ve always wanted to do as well as I can. When I was injured I had double the stats on my website, Facebook and Instagram, so even if I’m not skiing I still have value for the partners I work for.

The better I do everything, the more freedom it gives me, so I’m not forced to create results. For some skiers, when they’re not winning they’re invisible. 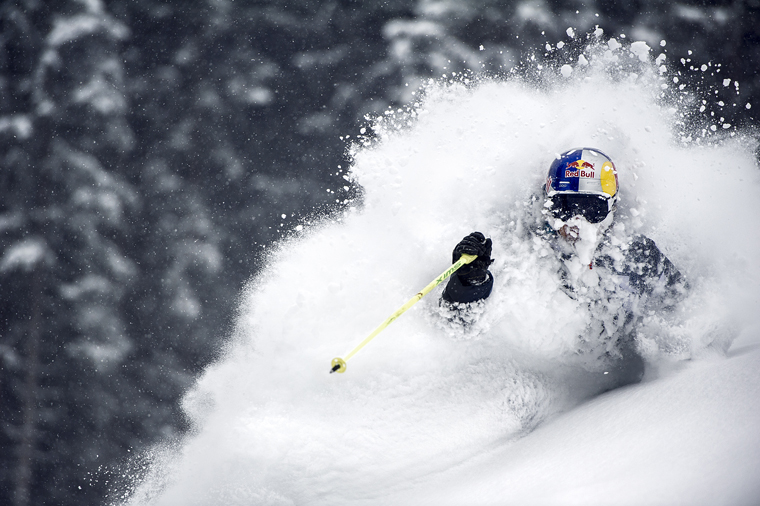 JO: I’m usually never happy with average, so I want to feel I’m skiing at a level that’s very impressive.

I might not do many comps but I don’t want to feel there are people doing things I can’t do. When that happens I’ll quit and work in business!