So, I’m two ops in and have skied a couple of weeks during the first winter on one new hip, and a second winter with both in place. Bear in mind that the first surgeon I saw recommended cards as a suitable post-replacement activity. 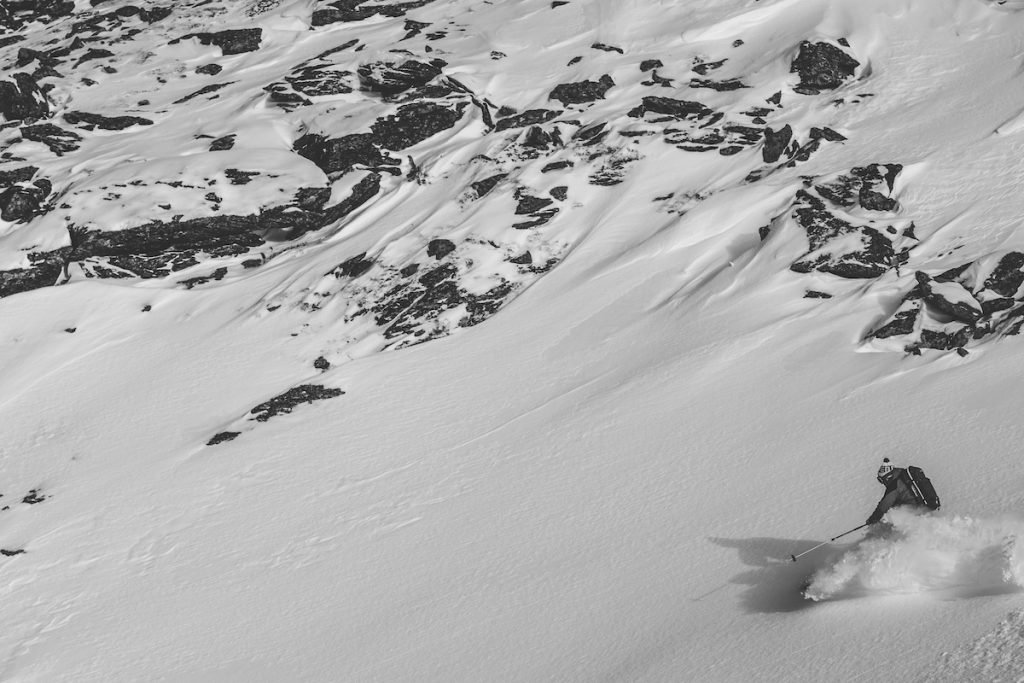 So this is where I’m at now; X-rays look somewhat Terminator, because there’s a lot of stainless steel in the middle of me, as well as two ceramic cups. The surgeon I went with suggested that this is a durable option suited to what I wanted to do. If I’d claimed to be a marathon runner there was a resurfacing option available involving cobalt and chrome, which sound like the cross between components of a nuclear reactor and a fourth-rate detective show. A cursory visual inspection by anyone with who could spell the word ‘unlikely’ would indicate that my marathon days were two decades previously, so steel it is.

The first op was a success, though it had a dip after about six weeks when I felt like a freshly revitalised Stretch Armstrong who’d suddenly fallen into the freezer. Restart from fresh and six months later, after a more careful approach to rehab, the leg was still a bit weak but I was skiing so lopsidedly in terms of improved flexibility on the new joint that I couldn’t know how well I would ski until after the second op. The signs were good – I toured, skied powder and generally tried to keep up with the rest, as per usual. Underlying the skiing was a fear of dislocation which tensed me right up, until I had a slow, twisting fall in soft snow. The binding didn’t release.. and nothing untoward happened. Obviously, we don’t get away with those all the time, but it seemed to hold up as well as before. One reason for the delayed rehab was knocking the prosthetic a bit further into the femur after falling down some stairs carrying a sofa, which was sore, so the surgeon decided to fit a slightly larger unit to compensate for unavoidable fuckwittery. Roll on the next hip…
…which turned out to be a slightly grimmer experience during the op. I had a local anaesthetic again because I feel as sick as a poisoned pig after general anaesthetic. This time I got to witness the surgeon burn through a couple of batteries on his jigsaw as my misshapen yet still sturdy skeleton fought his saw. “This bone is a bit harder”, he shouted over the screen through a blood-smattered visor, “So everything is a bit tougher. It’s taking longer than I thought”. The anaesthetist started to share my green tinge as his calculations were thrown into the incinerator along with discarded bits of Fincher – I had a look at the outgoing ball off the femur and it had the appearance of an old cauliflower. No wonder it was getting hard to dance.

The recovery – which I’d been dreading because the first hip was staggeringly uncomfortable for about two weeks during which I had become a sleepless mummified shade – was a relative breeze. Up and bobbing about within days, none of the relapse thanks to being a bit more careful with furniture relocation and helped by the support of a fully functioning fresh joint, rather than the train crash that had to support the first new hip.

So, skiing. The op was in May, and I swam and cycled through the summer, though not to any great exertion. After three months I started yoga, again at a lowish intensity but there was so much more flexibility available that the exercises felt worth doing – I’d tried pilates and yoga before but it was essentially pointless. Not this time – I could feel balance and stability returning as December approached.
The simple movement of feeling for the bindings with my Vacuum Fits above Peisey Vallandry was cathartic and felt easier than I could remember. Flicking the QSTs onto the fall line and angulating into the first turn… I haven’t done that for a decade. The skis actually worked because I could work them through applied angle and pressure, rather than relying on falling into the turn. Muscle tone was missing and I needed to re-work technique, but the trip was a proper treat. Onto the rest of the season…
Powder came next, as it did for most of us last season. I bounced, slid, smeared and dropped my way around with some exhaustion but never anything less than pure joy. This time I was swapping between touring kit – you really, really need to try Black Diamond’s Helio 105 in powder with a Fritschi Vipec because it’s like skiing on helium – and freeride gear which needed driving harder. I was tired, but happy and only muscle-sore.
By the third trip my legs were finding their groove and I was onto piste skis for a few days, needing all the technique I could remember and maybe some I’d not ever quite learned. The hips cranked over, the edges bit, the tails powered us round and the trenches set deep and parallel. Nearly equal power from both legs on the first few runs of the day meant I could absorb and respond to feedback. I tired, but it felt good.
The Ski Test was a wonder of all-mountain skiing with a few poached runs on other key models which got me hammering the pistes and picking a few clean powder lines. Great conditions meant we did, truly, use all of the mountain and by this stage in the season – early March – my fitness was getting somewhere towards normal but with all the added zip of new joints. Skiing has not felt so good for years.
The season finished for me with touring at the Wild Ski Festival; a couple of days of not going terribly far but with classic conditions to prove Scotland delivers all seasons in one day, plus another couple I’d not experienced before… The key here was being able to angle a boot into touring bindings in deep snow – always a fiddle and previously very tedious. Some stability and strength is still missing, so the yoga needs to be reactivated, but the ease of simple tasks is so much greater.
These ops have been tiring, uncomfortable and needed bulk buys of ibuprofen and paracetamol to get through some days before and after lots of exertion, but they’ve delivered completely revitalised skiing. I’ve no idea how the prosthetics are standing up because I know they’re getting a work out, but the quality of activity without discomfort is many times improved. Running is sore, swimming is ideal, mountain biking is great, road cycling less so because of the cramped position. But I’m fine with this, and chuffed to be back on two working legs.

More on the hip saga:

Categories: Featured, How To, News