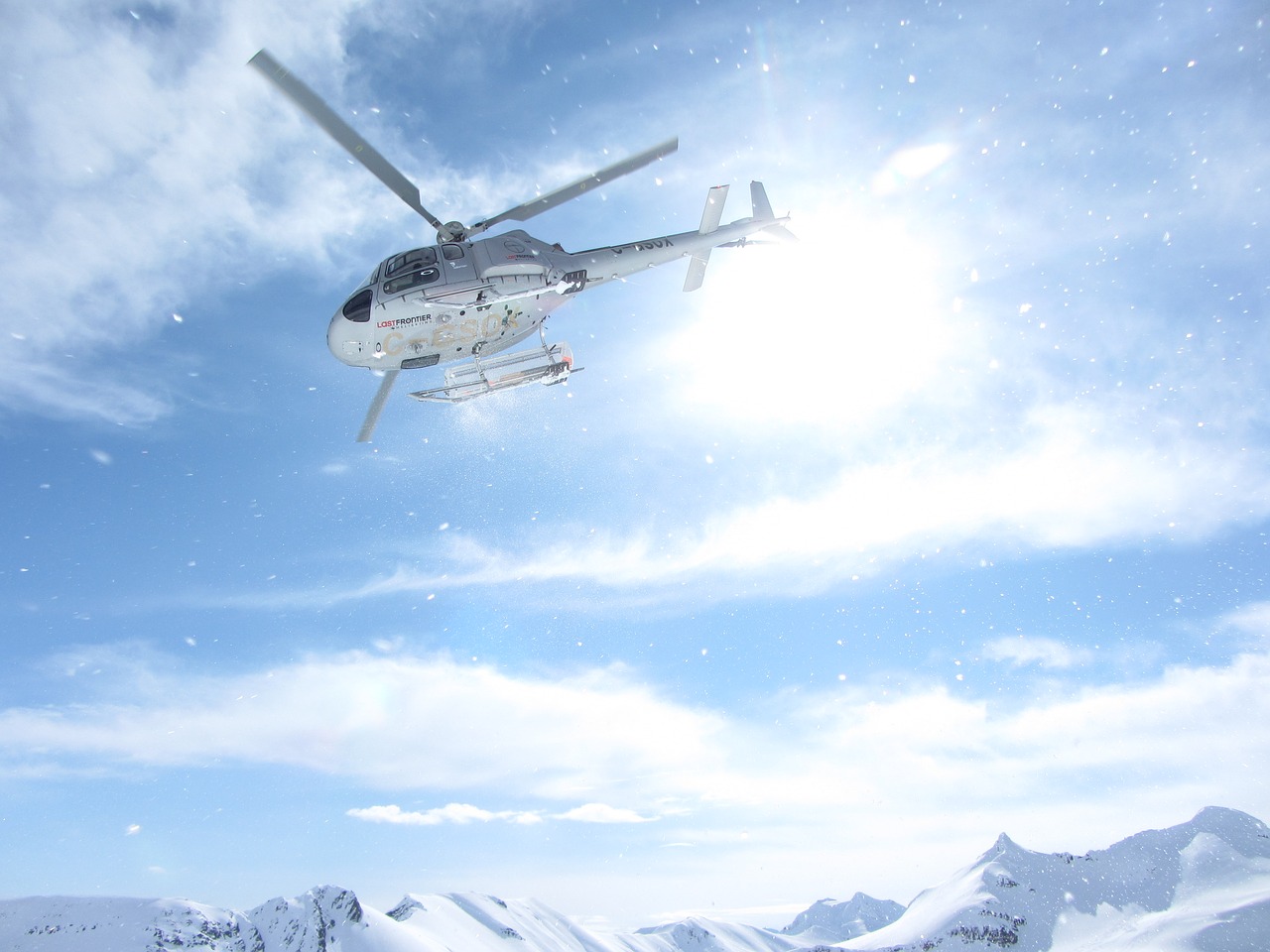 You don’t have to schlep to Alaska to experience those remote, powdery lines you see in the movies. Our humble little continent has plenty of heli-skiing experiences to offer

Heli-skiing in Europe differs from the convention of heli-skiing in, say, Canada. Rather than heading deep into the wilderness for a week-long trip where you stay in some remote backcountry lodge, most European heli-skiing operations are resort-based, offering just a single heli drop, or two to three drops in one day. The bonus with this is that if the weather and/or snow let you down, you have regular lift-accessed skiing to fall back on.

In Europe, you also can’t just land anywhere. Unlike heli-skiing in other parts of the world, where operators have hundreds of thousands of hectares of terrain to play with, in Europe you have to stick to designated landing sites and therefore have a finite number of lines. But oh boy, what juicy lines they can be. The high alpine terrain offers ski descents that are monster long, with some spots serving up more than 2000m of vertical descent. And because runs are so long, the terrain and snow conditions are constantly changing so the skiing is more technical.

France has a blanket ban on heli-skiing, but there are a few clever operators who cheat the system. There are two ways of doing this. The first is ‘reverse heli-skiing’, which uses lifts for the ascent but lets you ski to remote backcountry areas only accessible by helicopter for pick-up. The second offers legit, full-blown heli-skiing; you take off in France and fly over the Italian border to legal heli-skiing spots.

Val Heliski offers heli-skiing trips from all the major Tarentaise resorts to the Italian Alps; descents could be in either Courmayeur, Valgrisenche or the Col du Petit St Bernard depending on the time of year, and you can expect up to 2500m of long, glacial descents, plus a few tree lines and couloirs too. Prices start from €299pp for one heli drop. Reverse heli-skiing starts from €149pp (2017 prices).

By European standards at least, Switzerland is rich with heli-skiing operations. Zermatt is
the best-known spot, but you can also take your pick from Verbier, Davos and Arolla, each serving up vast amounts of untouched backcountry terrain. Okay, it’s still not exactly the wilds of British Columbia, but take it from us, flying to landing zones up to 4200m for a 2000m descent through vast white fields of snow and glacier ice – with the Matterhorn directly in front of you – is about as breathtaking as it gets.

Air Zermatt offers heli-skiing trips to a number of destinations from their Zermatt base. Prices start at CHF370pp (£296 – 2017 prices) for one drop on the Alphubeljoch, including a guide.

Although heli-skiing as we know it was invented by an Austrian (by skiing legend Hans Gmoser back in 1965 – Google him), there’s only one place in the country where it’s actually allowed: the Arlberg. To be fair, with its lofty peaks, epic snow records and unrelenting terrain, we can’t think of a better place to try it out. There are two options here: either the Mehlsack (2652m), for experienced skiers, offering up a long untracked descent from the summit to Älpele or the Spullersee Lake; or there is the intermediate-friendly Schneetal (that’s German for snow valley – a good sign!).

Flights start at €410 per heli-ride and can carry up to four skiers. A mandatory ski guide costs an extra €355 per day. You can book both through Skischule Lech.

Like Switzerland, Italy has plenty of heli-ski experiences on offer – but the prices can be slightly more wallet-friendly. Livigno, Breuil-Cervinia and Courmayeur are all popular spots. But with its out-of-this-world skyline, high-altitude runs (think 4000m drop-offs and 2000m vertical descents), not to mention steep couloirs, wide alpine bowls and 30 drop-off points, the Monte Rosa massif takes the biscuit.

Want the kind of wild and remote heli-skiing that you see in the ski flicks, but don’t have
the time or money to schlep halfway around the world? Then Sweden is for you. From the
Arctic ski resorts of Björkliden you have access to 5000km of heli-accessed wilderness,
including long 1500m descents down Kebnekaise, Sweden’s highest mountain at 2098m. Plus, those Arctic temps ensure smokey powder well into the summer.

The rain may fall mainly on the plain, but sat close to both the Mediterranean and the Atlantic, the Pyrenees has an excellent snow record. Its most famous ski resort, the hefty Baqueira-Beret, is also on the doorstep of Spain’s biggest heli-skiing area, offering up to 400km2 of deserted terrain. And, unlike in the Swiss and Italian Alps, in Spain you can actually take off, land and ski anywhere within the exclusive heli-ski domain – so you can go where the best snow is and not worry about some other heli group sneaking in first and poaching your line.

How to heli-ski on a (smaller) budget

HELI AND CAT-SKIING: ARE THEY WORTH IT?