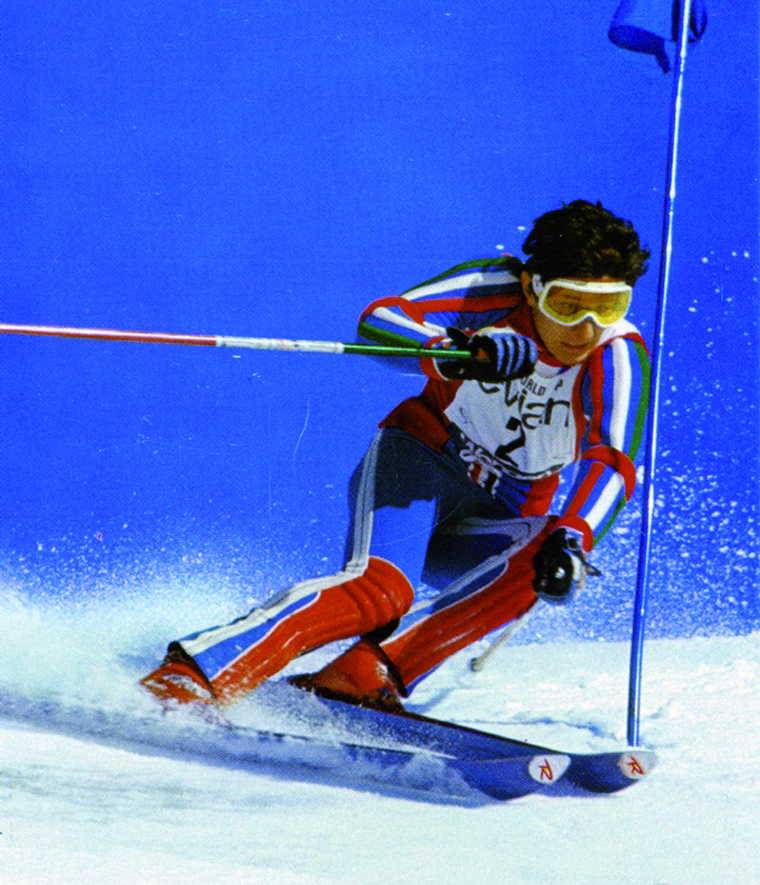 Fausto Radici of Italy has his game face on as he battles to win gold in the Europa Cup Slalom in 1973, back in the days of wooden gates… 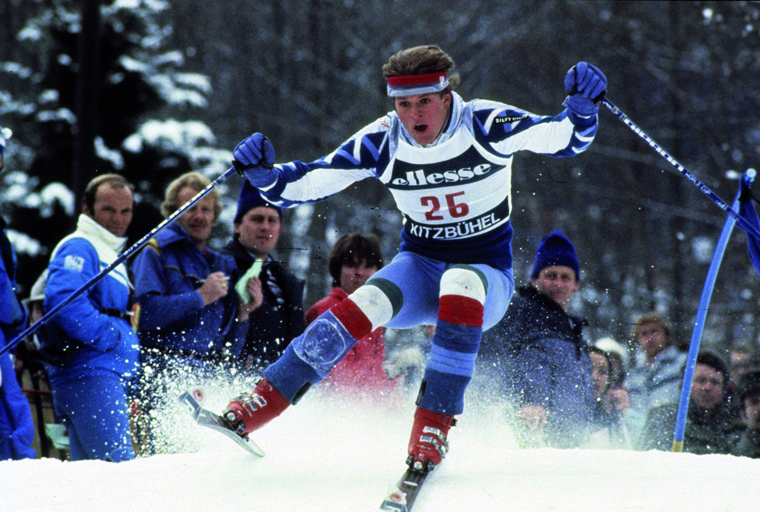 A headband-sporting Oswald Toetsch fights to stay on course, eventually bagging a career-best second place at the legendary Kitzbühel slalom in 1985 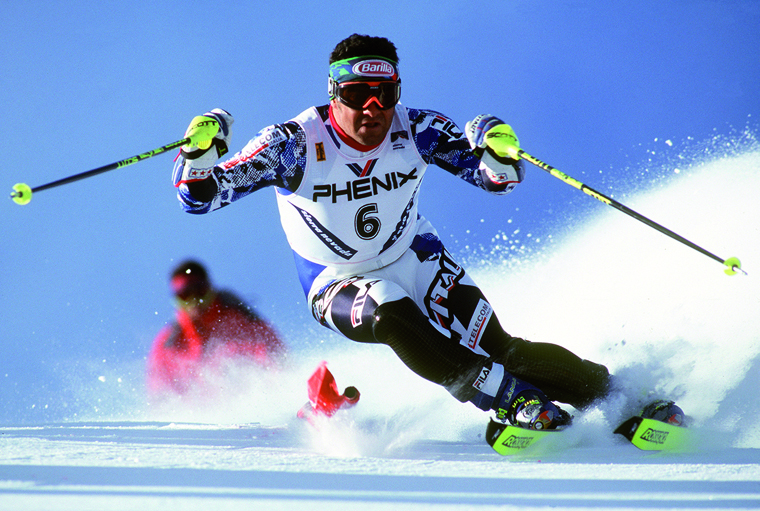 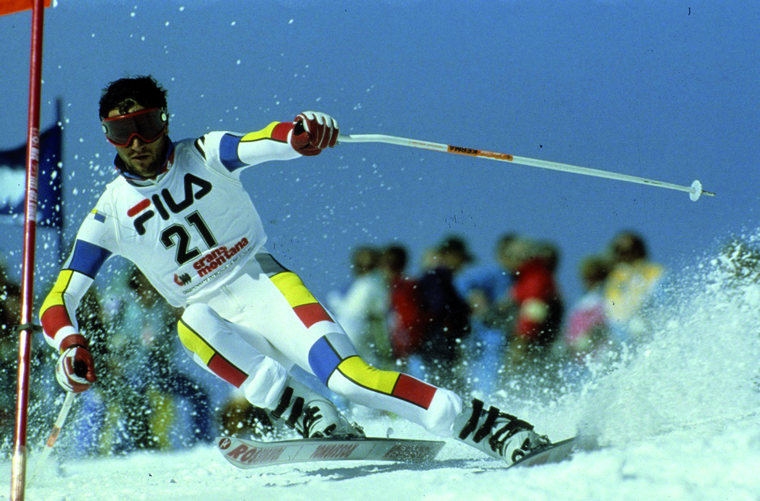 Christian Gaidet of France looks cool and collected as he races in the Giant Slalom at the FIS World Championships in Crans Montana, 1987