When Matt Masson suffered a life-altering injury, it was skiing that kept him motivated

We come across stories of pro skiers suffering life-changing accidents all too often. Candide Thovex breaking his back. Eric Pollard suffering a broken leg and compartment syndrome (look it up). Almost all of them report that when deep in rehab, the main motivation to get better was: skiing. 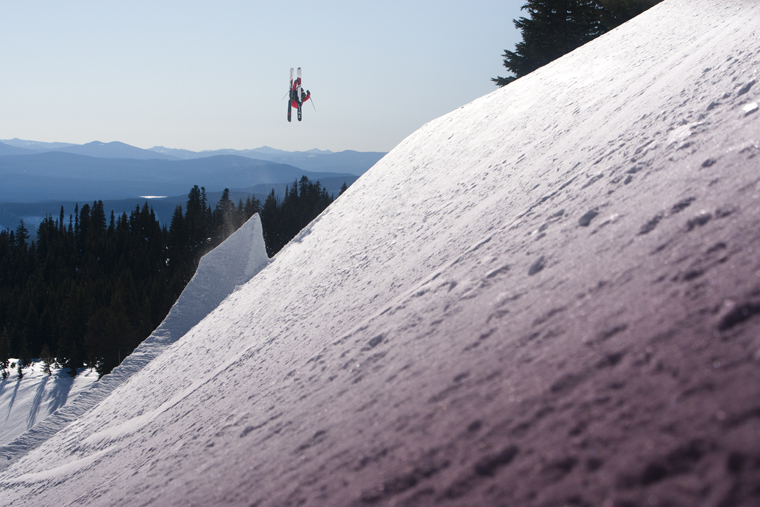 After the late CR Johnson suffered a brain injury skiing in Utah in 2005 (five years before the tragic accident that ultimately ended his life) he reported: “I’m not going to let a freak accident kill my stride. I’m working as hard as I can to return to the sport that nearly killed me. Getting back to what I love has been my motivation the whole time.”

Matt Masson might not be a pro skier, and his accident didn’t happen on snow – but the mantra “ski to live” is what motivated him to get better just the same. In 2010, Matt’s life was pretty good. He was spending summers working as a windsurf/sailing instructor in the Scilly Isles and his winters skiing the Alps. But 27 November changed everything. Visiting friends back in England between seasons he fell 26ft through a roof. “I was in coma for six weeks and when I woke up I couldn’t walk or talk,” says Matt. “But even then, when I could hardly move, skiing was my main motivation during my physio and rehab. I remember thinking how skiing would be easier than walking.”

During his seven-month stint in hospital (watching countless ski movies), Matt drove his doctors and nurses mad, asking him when he could ski again. He didn’t have to wait long. “One of my physios, Lisa, had a friend who was married to a ski instructor. A year and a day after my accident I went with them to Milton Keynes. I could finally prove my point – skiing was easier than walking!”

That winter, Matt went back out to Chamonix, where his old ski instructor, Magali, who had taught him as an eight-year-old, showed him the ropes once more. “The lifties would slow the lifts down for me as I struggled to shuffle forward,” recalls Matt. His next ambition was the Grands Montets. “After asking daily, several ESF instructors agreed to take me with them, carrying me down the hundreds of metal stairs (I struggled with stairs) to the top of the piste.” 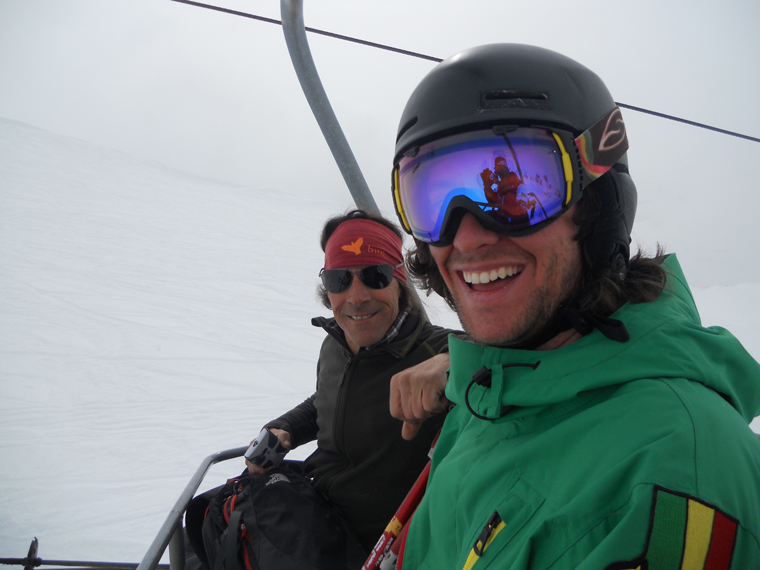 While recovering, multiple X Games medallist CR Johnson was a big inspiration to Matt. Johnson recovered so well after his accident that he went on to come third in the 2010 Red Bull Linecatcher in Vars, France. Matt didn’t get a chance to meet Johnson before he died, but Matt did get in touch with a friend of his, Roy Tuscany, a freestyle coach at Mammoth Mountain. Roy had suffered his own misfortune – in 2006 he overshot a jump, breaking a vertebrae in his back. After re-learning to walk and ski he started High Fives (highfivesfoundation.org), a charity to raise funds and awareness for athletes who have suffered a life-altering injury while pursuing their dream in winter sports.

“I can now call Roy a friend and in March 2013 I went to California to meet him,” says Matt. “After telling Roy that my only regret was that I had never tried a backflip on skis he took me to Woodward Tahoe (an indoor training facility with trampolines, jumps and foam pits). He had Jamie, an amazing coach, take me through the progression to do one. I got as far as dropping in on my roller skis and launching into the foam pit. And I am still waiting to land my first backflip on skis!”

“I’ve since started a sports journalism degree at Southampton Solent University, so that hopefully I can make a living writing about the sport that got me back on my feet.” Look out for Matt’s name in future FL issues.