Uncrowded slopes, epic tree runs, 1600m of vert and nary a queue? Count us in! Will Robson gets the lowdown on the three villages, one town, 250km of pistes and swathes of off-piste that make up what must be France’s most underrated resort

Serre Chevalier is a skier’s resort. The name means, ‘flock of hills’ and the flock stands proud above this long valley between the Col du Lautaret and Briançon. It has been strategically important since the Romans occupied it and it’s still big on spas, should you hurt your knee.

In the fifties it was one of the most popular ski resorts in the Alps, with the longest ski lift in Europe. Someone even wanted to build an airport there but ‘authorities’ put the kibosh on that idea.

But not to worry, because for Fall-Line readers, Serre Chevalier has great terrain and snow record and its trees are really special. Bully for them, you might think, but this is significant for skiers. A larch forest has no needles in winter so you can see your line for hundreds of metres, which means you can take the steep slopes at reasonable speed. Which is fun. The place is covered in forest and if you can see it, you can pretty much ski it. 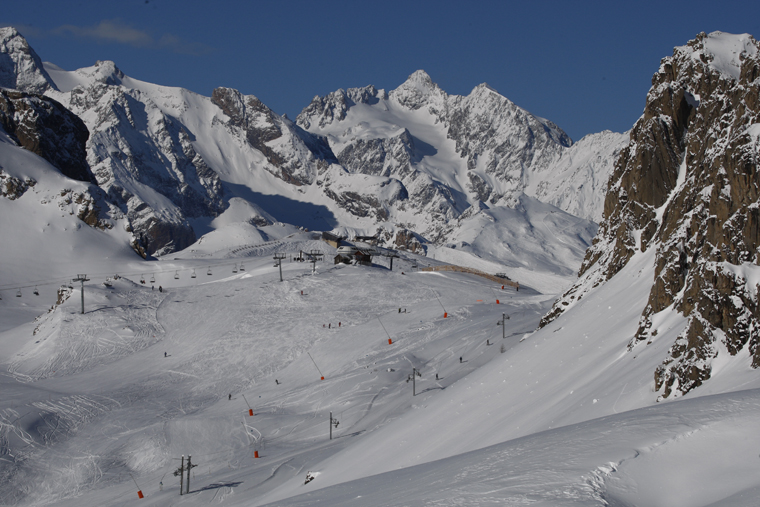 Serre Chevalier’s 250km of well-linked pistes run from above the village of Monêtier in the north-west of the valley along to Briançon, 14km to the south-east, with the small centres of Villeneuve and Chantemerle in between and several base stations along the valley. Altitude ranges from 1200m to 2800m and the off-piste options are as challenging as you want, with tight couloirs visible from the lifts, and longer, easier tours heading ‘over the other side’ of the mountain and bringing you back round to the valley.

Most accommodation is self-catering or in small chalets or family-run b&bs, so it retains a quieter feel than some bigger name resorts. Shop at Aldi in Briançon and your epic powder/tree-skiing trip can also be pretty cheap and cheerful if you want it to be – especially for groups sharing an apartment.

Gavin Crosby is a BASI level 4 instructor and director of New Generation in Serre Chevalier. Gavin has lived here for 14 years and is a dedicated skier of every inch of its varied terrain. He likes to get his ski school clients off-piste and to places they otherwise wouldn’t explore. As he says: “The playground doubles in size”.

Best run for a warm up

In Monêtier, jump on the first Bachas chair of the day, then head down Corvaria red run, nipping between the larch forest and the piste as you go. Or in Villeneuve sector, head for the 3km Casse de Boeuf black run, regularly groomed, steep in sections and great fun for a fast blast, leading to yet more trees, which are usually safe first thing as they’re well spaced with low avi risk. 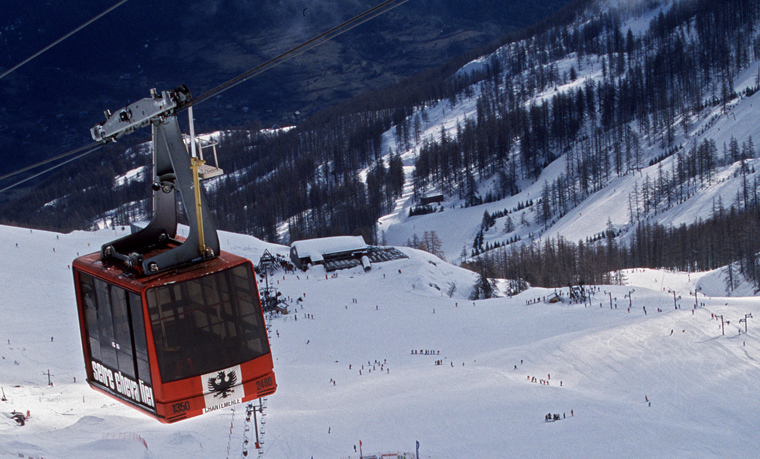 Fresh powder after a storm

It has to be Monêtier’s Cibouit chair – take skier’s right across the black run and use the shoulder above the Tabuc black run. You’re soon in the forest and you avoid the rush towards the Yret lift.

For backcountry and freeride thrills 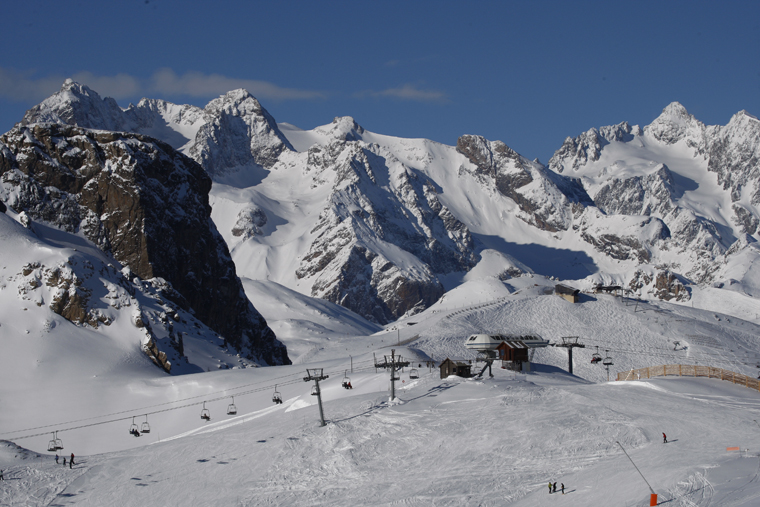 If conditions are good then La Montagnole valley above Monêtier is a must. Come off the Yret chair then back under it and some red netting into the Montagnole valley. Lower down it joins the Tabuc black run. Or boot up from the top of Cucumelle and descend veering left into Tête du Grand Pré, then into the Grand Pré or Couloir de la Roche Corneille – expect over 1000 vertical meters without meeting another skier.

Another route from Cucumelle is to traverse the ridge towards Monêtier and drop into the couloir on the west face of Rocher de Grand Pré – both epic when conditions are right.

For a friendly, reasonably priced meal

Mojos is a low-key restaurant in the centre of town, run by Mel and Tim, who offer up hearty favourites such as the roasted lamb shank and tartiflette; set menus from €18.

In Villeneuve, La Grotte – mainly a seasonnaire hangout (can you tell by the name?). Le Frog’s floor is slightly less sticky. In Chantermerle, The Station bar at the bottom of the slope is one of those ‘if it’s snowing, it’s happy hour’ kind of places.

In Chantemerle, Restaurant Bar Triptyque is very cool, mostly frequented by locals and guests-in-the-know after the good food and atmosphere. Open until 2am if it’s busy.

It’s still relatively undiscovered by Brits, so there are no huge crowds. It’s not a brand name and fairly rustic round the edges. It has huge areas of terrain to explore and being in the Southern Alps it gets consistently good snow. Plus, Turin airport is only 90 minutes away. 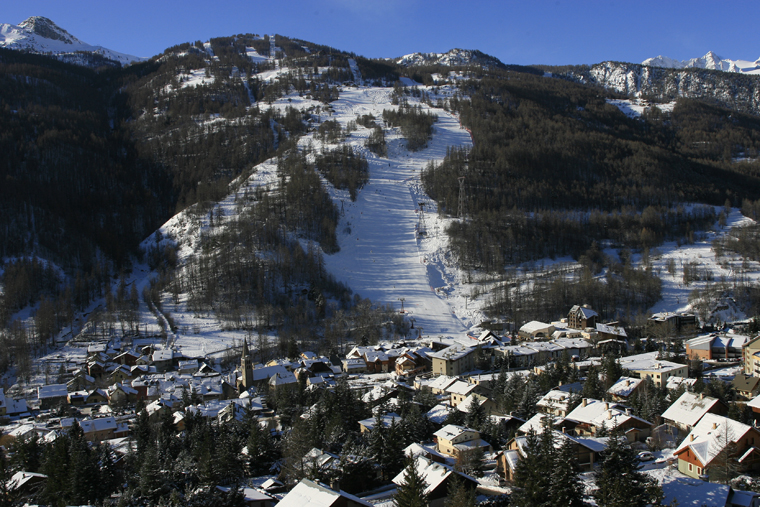 Rustic around the edges, but with some of the best tree skiing in France |AGENCE ZOOM

Tour operators are small at Serre Chevalier and there are no gigantic four-star hotels or chalet hotels. It’s more about apartments, b&bs and specialist chalets, with most guests being families and thirty-somethings. Briançon has some great value hotel options for shorter stays (€60 a night at the Ibis); Eureka Ski can find accommodation or advise on options for anyone – from solos to families to large groups – wanting to stay in Chantemerle, Monêtier, Villeneuve, Briançon or nearby Montgenèvre.