This is one of the biggest ski resorts in Europe with 250 kilometres of pistes and with skiing at altitudes between 1200 and 2800 metres, it is suitable for everyone from beginners to expert skiers!

Serre Chevalier, in the Alps, is a long south-facing valley between the Col du Lautaret and Briançon with several villages and hamlets dotted along the way, ranging from the ultra modern to the most traditional.

Where does the name Serre Chevalier come from?

A valley as full of history as Serre Chevalier doesn’t have to ask a designer to come up with a logo for its resort. Thanks to its local heritage, the villages of Serre Chevalier came together under the banner of the ’Crowned Eagle’ that appears on the coat of arms of the Borel du Bez family.

The name Serre Chevalier comes from the ancient ’Oc’ dialect of southern France in which ’serre’ meant a hill or mound and ’cambeou’ was a flock… And it’s not difficult to work out the rest. Skiing was very much in vogue in the period after the First World War and Briançon was already attracting the world of show business. The Second World War would put an end to all that…

Opened in 1941, the Chantemerle ’téléphérique’ or cable car was Serre Chevalier’s first ski lift and was the longest ski lift in Europe. By the 1950s the resort was really starting to take off.

Everything Fall-Line knows about Serre Chevalier

The best resorts you can reach by rail, part 3: Amazing all-rounders 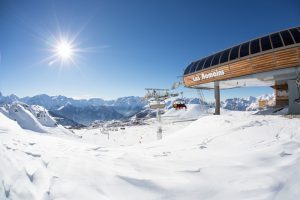 A local’s guide to Serre Chevalier 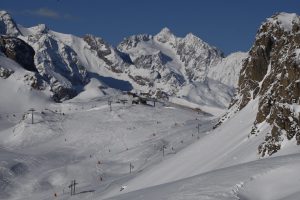 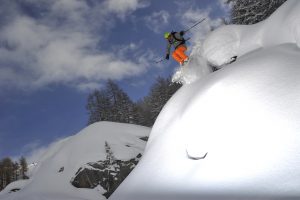