Arc’teryx is entering the world of ski boots for the first time. Will Robson took a pair into the BC backcountry to see if they live up to the hype

So at last, a boot for the serious alpinist who wants to ski down the equally serious pitch they’ve just climbed. This sums up Arc’teryx’s first foray into ski boots and in so doing, the clever Canadians have created a new category. 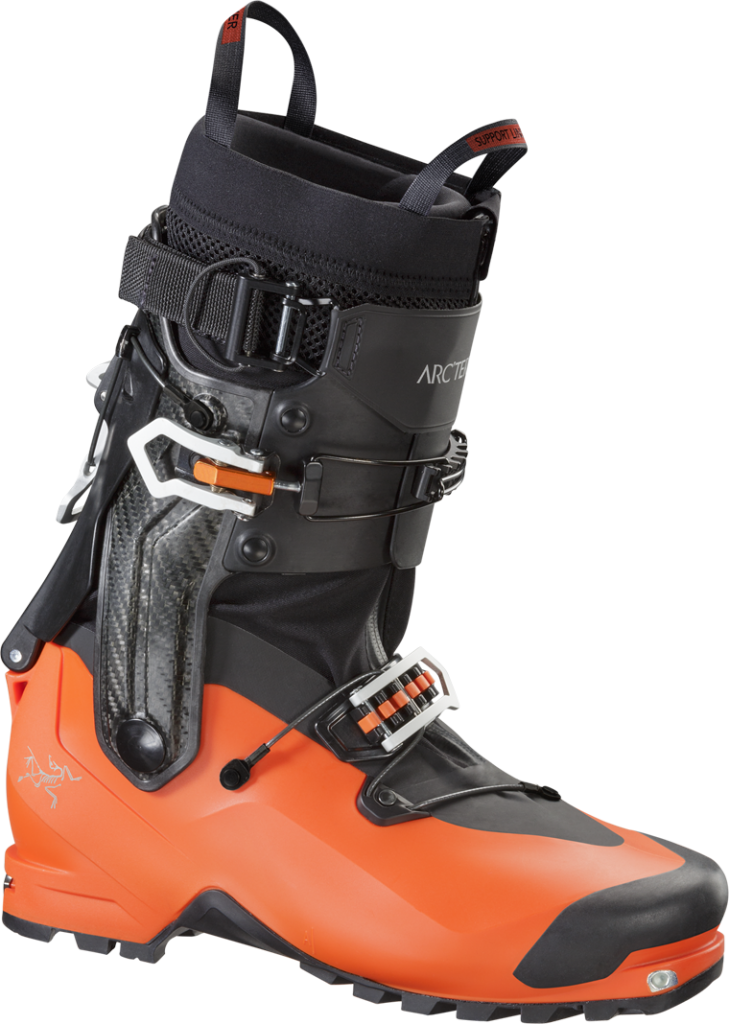 The Procline is not so much aimed at ski-tourers then, but as the very first UK media to test it in British Columbia recently, Fall line’s first impressions are that even the less ambitious will find the Procline covers all the bases and then some; albeit at a price. 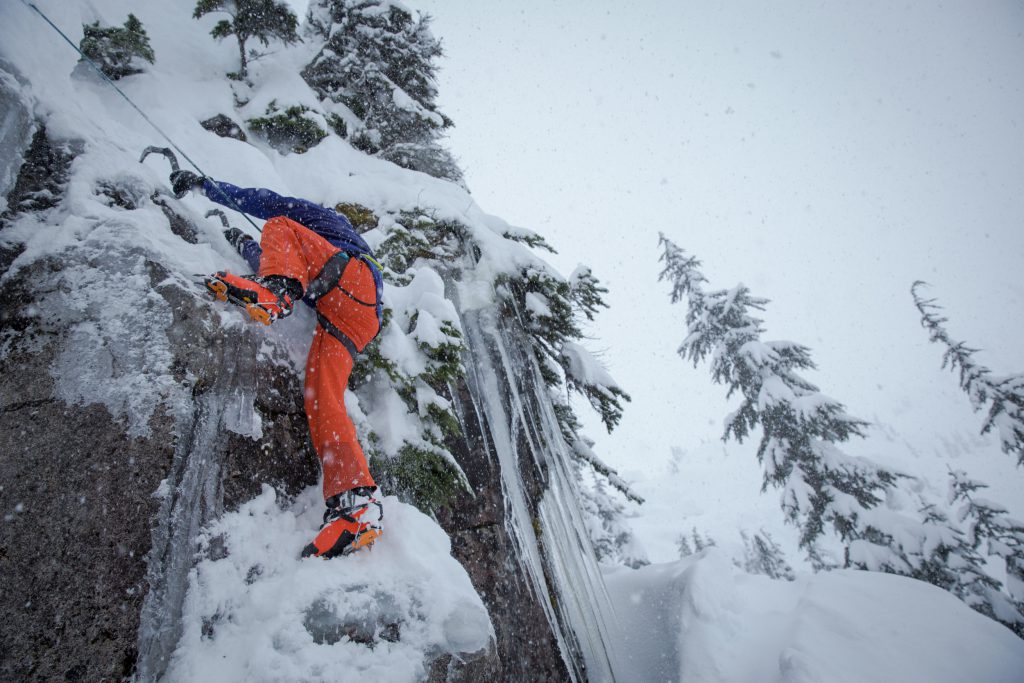 Arc’teryx says it has the answer with the Procline’s most significant ‘first’: a “360-degree rotating cuff”. Despite the slightly alarming name, this unique design feature sees the carbon fibre (properly woven, not the cheap stuff) and Grilamid cuff split into two pieces down the back. It’s connected at the top with a cable and lever on the Achilles that pulls it all tight for the ski down. It feels solid but progressive when descending but the split cuff really comes into its own on the ascent, be that skinning or ice climbing.

It allows lateral movement on the steeper tracks and during the test I could comfortably roll the ski base outwards to gain more grip while still controlling the movement. Similarly, when ice-climbing it provided a solid platform but let me place the crampons’ front and main points with more agility and angulation. 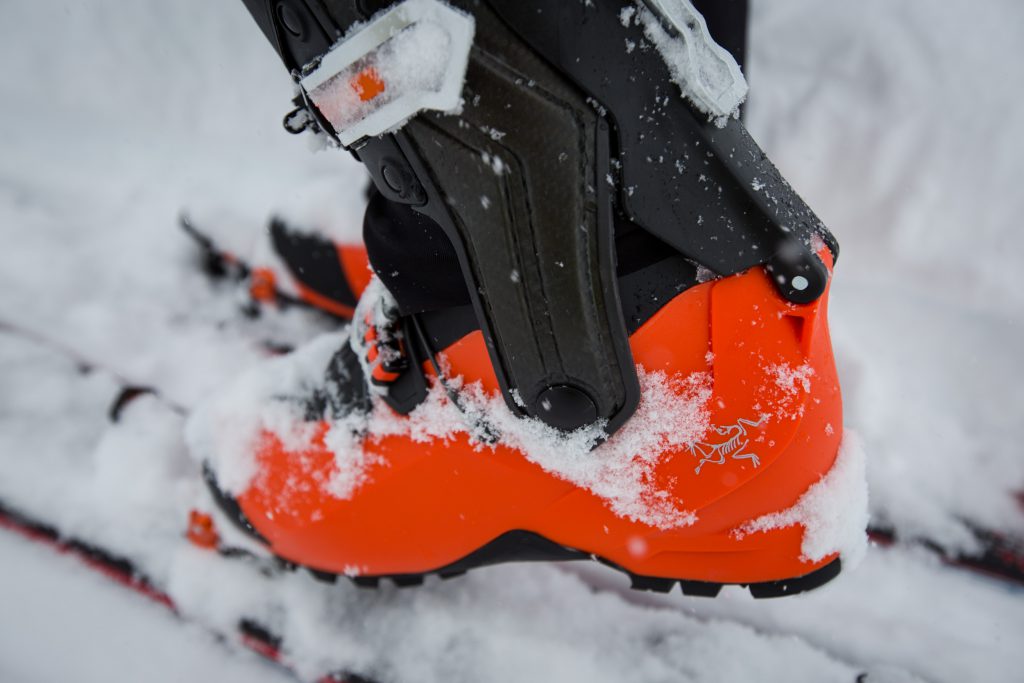 The 360° rotating split cuff is a real groundbreaker

Another climbing boot characteristic the team has cunningly built into the Procline is a waterproof PVC-coated Cordura gaiter, bonded onto the polyamide shell, keeping the weather out and adding insulation, although in relatively low level and temperate British Columbia, how warm they are is yet to be really tested. Some of the test group proved that wading a creek deeper than your Proclines is an unfair test of how watertight your boots are.

Skiing and skinning make different demands of the Procline. There are only two clips but the hybrid buckle system has 15 different tension combinations. Even with a relatively high foot buckle – easier for breaking track and climbing – the thermo-formed inner proved comfortable and supportive over two days of up and down. 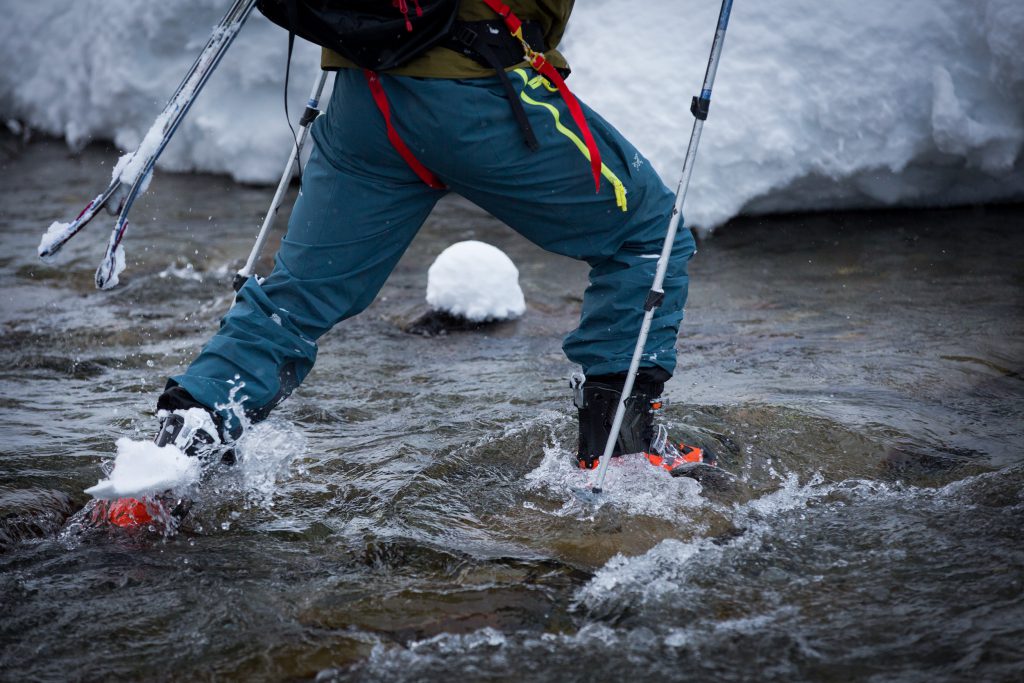 The all-important power-strap is not Velcro. For high mountains and low temperatures the Procline has a cam-levered PVC-coated nylon strap that pulls as tight as you like but is easily de-tensioned for uphill. Popping the front buckle and opening up the rotating split cuff gave an unbelievably comfortable ride uphill.

Skiing deep heavy snow in BC’s maritime mountains proved that the Procline’s skiing characteristics build confidence way beyond its weight and low volume. For a boot that can release to slipper-like comfort while skinning, the hybrid buckle cable set up tightens to give a progressive forward flex (as much as 50 degrees) with the power strap and carbon fibre/ Grilamid cuff providing ample power and support. 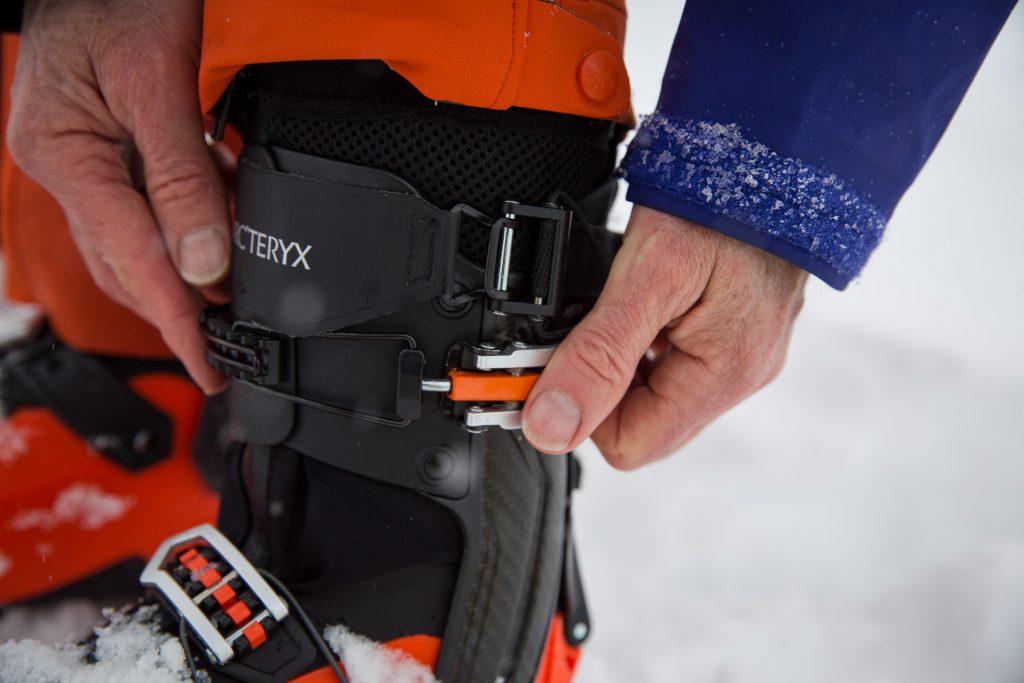 No velcro here: the power strap is cam-levered PVC-coated nylon

For the climber, the Procline has a short shell length – 295mm on a 27.5 mondo point. It has a rockered double compound Vibram sole for easier walking and the toe shape is optimised for climbers with an integrated rubber toecap for grip. The rubber sole is 8-9 mm deep for durability and yet it still neatly incorporates a certified Dynafit toe-pin insert.

Those of us testing them happily walked around in the Proclines long after finishing on the snow, always a good sign that a boot is easy to live with in the longer term. The Procline’s overall volume is low but not so much that I found it pinching and reducing circulation, but only a longer-term test will truly reveal if that comfort endures. 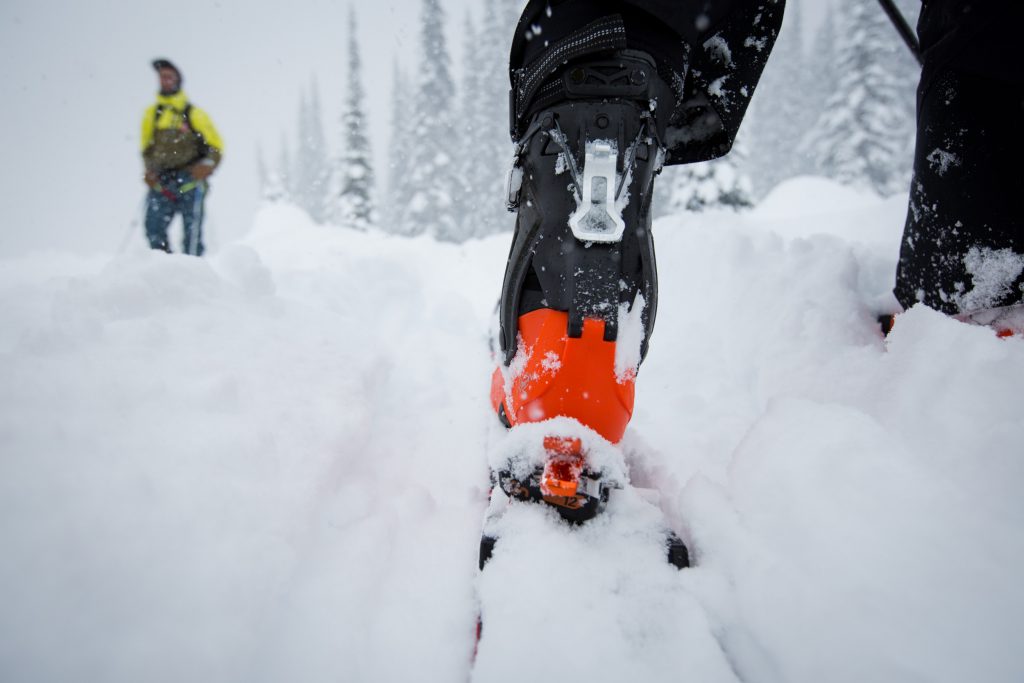 Arc’teryx is offering two types of boot liners: the “Lite” liner and the “Support“ liner. Both are thermo-formable but the “Lite” is more expensive with its flat-lacing system for extra close fit as it’s aimed at fast climbers who need that level of customisation. It weighs 180gms to the “Support’s” 270gms, which has more padding and support around the collar area.

The problem with being innovation’s bitch is that you have to keep getting it right or you risk losing the credibility that lets you charge top (Canadian) dollar. When Arc’teryx decided to create a new “ski-alpinist” boot category, they cranked up to a whole new level of reputational risk.

From our UK-exclusive first access to the Procline, Fall Line can safely say that the risk versus reward balance is likely to go Arc’teryx’s way. The Procline is light but stiff when you need it, flexible when you don’t; it’s tough, warm, waterproof and beautifully engineered.

Successfully combining the key boot characteristics of alpinism and steep skiing, almost without compromise, is what will have many of the vertical brigade saving up their cash for the Procline next autumn. They could sensibly wait until they’ve read Fall line’s longer-term test, but then we suspect stocks may run low fast.