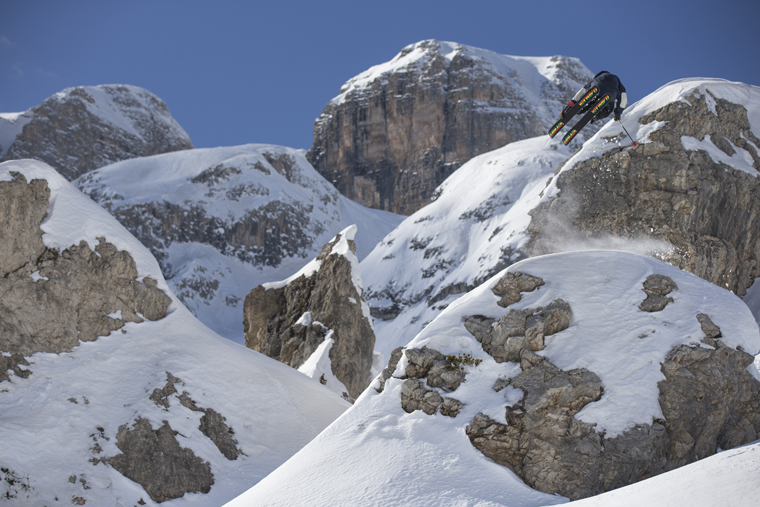 Anywhere in BC sounds good to me, but this has to be the top choice, as it’s all snowcats with no lifts. And it’s probably number one on my wish list just ahead of Alaska and Japan.

The tree skiing here, from all the movies I’ve seen, looks like the best in the world, and the pillow lines so, so good too. They get a lot of snow also.

I ski for Armada so surely a discount for me and my buddies too, with Tanner Hall being one of the owners?!

Crazy mountains that require big respect. I’ve got a broken leg at the moment, but even if I hadn’t I’m not ready yet. I need a couple of years at least to get up on this sort of terrain.

You really want to build up to these monster faces. Standing on the top of them is so different to looking up from below. They are so much steeper and you’ve no idea what’s below you as the slope sort of disappears.

It’s a real skill. You need confidence and a whole lot of backcountry knowledge. This is not park skiing!

I would love to go back here. I was there was I was 15 or 16 – so just a couple of years after I got my first sponsor, and was starting to win comps – and I remember the place was absolutely buzzing.

I was blown away by the parks. They were totally amazing then and I bet they are even better now.

You get pretty much the same type of features all over the world, but here they are just that bit better, and to be here in spring is not possible to beat.

I’ve not been to Japan’s north island, Hokkaido, yet, but who cares when the mountain and powder are so amazing?

It looks so spot-on in all the videos, the lightest and most perfect snow in all the world. It always looks super deep and the trees so good too. Maybe some time here, then a train to the mainland and places like Nagano for some bigger parks. I think the culture is crazy and special and unique and
I love sushi too!

It doesn’t even have to be the mountains, urban will do just fine anywhere in Romania. I just like the idea and think it would be cool to ski where Dracula is from! Anything big and urban we could find I’d be on it as it all looks so cool when it’s shot. Especially at night.

Maybe a crew of three skiers, that’s the perfect number to work with, and behind the camera the Armada guys and Andreas Olofsson (While We Can) who I love filming with.