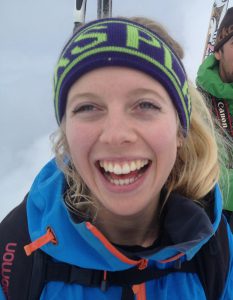 Fancy yourself as a deep-snow demon, but think those cliff-hucking, pow-slaying freeride comps you’ve read about are beyond you? Think again, says ski instructor Amy Marwick, who laid her nerves aside to take part in the Freeride World Qualifiers

I’m at the Verbier Freeride Week, a Freeride World Qualifier (FWQ) event that takes place each January. This is only my second competition but I already feel I know the score. Take a group of riders, a steep face, some bibs and a tannoy, and you’ve got yourself a freeride comp. There’s no animosity here. The riders are the friendliest bunch, and more than happy to advise on how to pick a line, commiserate on a crash, give a high five when you smash it or just grab a beer afterwards.

I’m a ski instructor in winter in the Swiss Alps, which gives me plenty of time to get out and about in the backcountry, but it wasn’t until I spent a season in New Zealand that I tried competing. It’s no surprise the Kiwis are churning out some stomp-crazy freeride talent – hello Sam Smoothy, Janina Kuzma, Charlie Lyons, Neil Williman – as the attitude there is to ski the whole mountain, whatever the conditions.

That season I got the confidence to take on some bigger cliffs, drop steeper lines and keep up with the Kiwi chargers. Inspired by a couple of fellow instructors, and the odd World Tour athlete buzzing about the mountain, I had a go at my first comp.

Freeride competition is a young sport, and some would argue that the judging takes the ‘free’ out of the riding. But it was the ultimate free spirits, like Doug Coombs and Shane McConkey, who paved the way in freeride competition in the early 1990s, and since then, the level at the top has snowballed. What was originally the Verbier Xtreme, a once-a-year snowboarding competition, has transformed into a worldwide series of ski and snowboarding events. 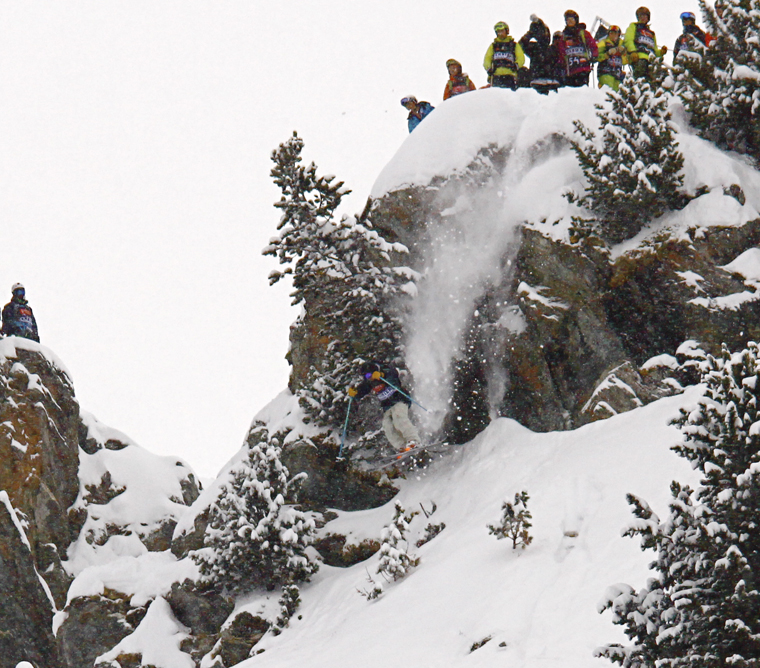 It’s not as though just anyone can get onto the Freeride World Tour – proper riders in the FWQs rack up points and those at the top after each season graduate to the following season’s Tour.

However, at the 50-plus FWQ events around the world the doors are very much open to the wider skiing community. That is, to anyone who is comfortable skiing in all snow conditions, on relatively steep slopes and who uses the terrain creatively. Any air time or tricks will up your points dramatically though and it really helps to have some backcountry experience and a good awareness of the mountain environment.

Venues for the FWQs are spread across two world regions, North America and Europe and Oceania, in resorts ranging from Axamer Lizum in Austria to Stavanger in Norway to Mt Ruapehu in New Zealand. There’s even a Qualifier in Scotland (Glencoe). Each event is rated between one and four stars, denoting the difficulty of the terrain and the level of skiing expected (one is the easiest). Occasionally the chosen face will have lift access, but more often than not you will be hiking to the start.

The Verbier Freeride Week (not to be confused with Swatch Xtreme Verbier, the final leg of the FWT proper in late March) hosts three competitions, making it ideal for people who want to give competitive freeride a whirl but don’t have a whole season to travel to one-day events.

The chance to have three runs is very appealing, because if you fall and lose your skis, you score zero.

So, back to the comp. Slowly I climb up the shoulder of the Baby Bec de Rosses, my eyes locked on the mountainside to my right. I visualise my line, feature by feature, for the hundredth time, as if I were skiing it. At the top of the face I stand, trying to breathe deeply and stay calm. “What’s the point in this torture?” I wonder. 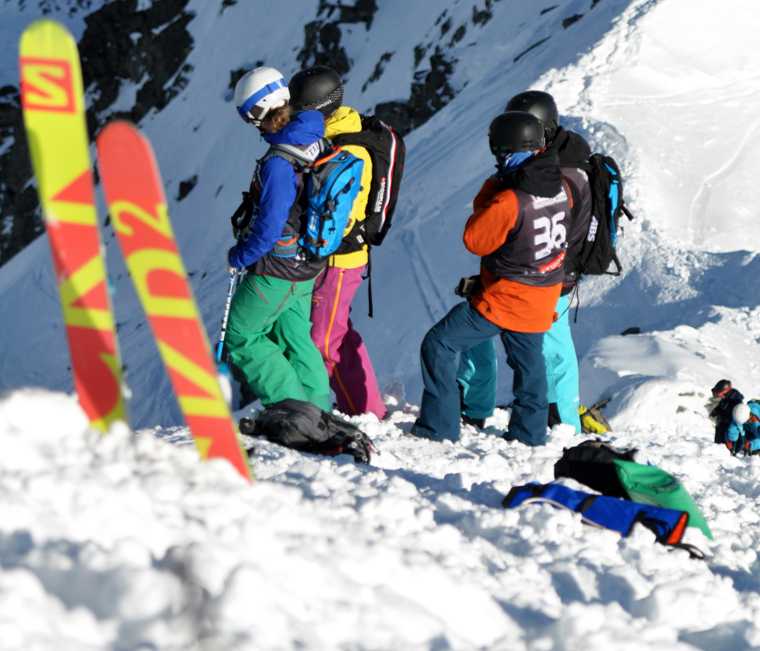 But then the official turns to me and says, “OK? Ready? Un, deux, trois. Départ.” I’m on the course, and my skis are cutting the snow. It’s deep and supportive, not too chopped up yet. The light is a little flat but the visibility is good and the pitch before me is still, shaded and silent. Once I’m moving, the features come at me quick. I find my rock, then the fall-line. I look for the cliff, send it and land. And suddenly I’m at the bottom.

Stoke is high at the foot of the face, the adrenaline flows and people pat me on the back. Phew. But I’m quickly forgotten and all eyes swivel to the next rider at the top, colourfully clad and stamping her feet.

I got fifth that day out of 20 girls; I’d come ninth the day before, but crashed on my final run at the end of the week.

While in Verbier, I caught up with Beanie Milne-Home, who became one of the UK’s most successful freeride exports after learning to ski in Scotland. Beanie won events in New Zealand and Europe and now, as Faction’s brand manager, she’s never far from the forefront of the sport.

“I definitely wasn’t at a good level at the beginning but I just went and tried it,” Beanie told me. “Freestyle really helped too, so getting involved in the park side is a great move. You have to be centred and balanced, which is so transferable to freeride.

“I think people would be surprised how they can get into it. Just by watching the other skiers you learn how to choose your line and what judges like to see. It’s about adapting your skiing into that format – you don’t need to do anything crazy.” 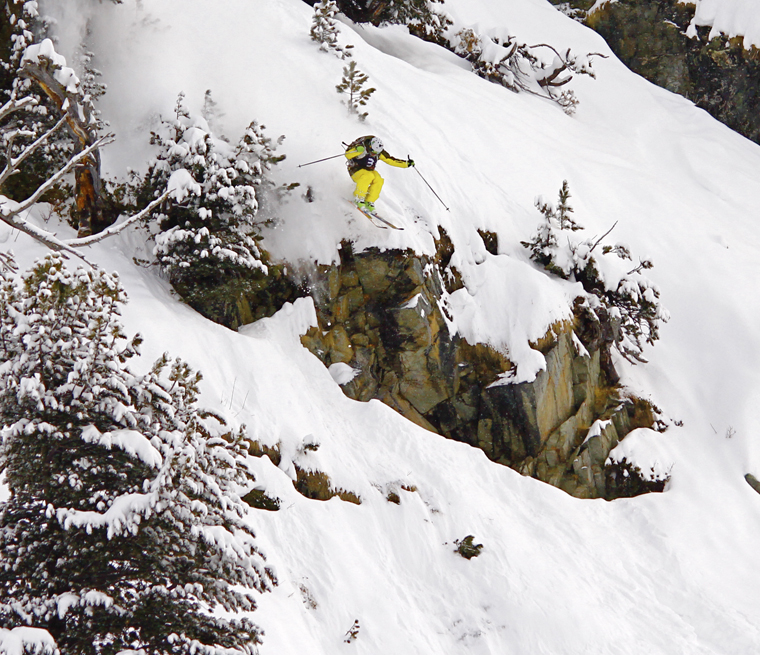 So if you’re out there this winter and want to test your limits, sign up. At the very least you’ll get a serious adrenaline kick. Also, consider this: last season there were only 13 British males out of 695 riders on the Qualifying tour, and only half that in the female category. The opportunity to get to the top of British freeride is wide open!

Amy’s tips for nailing a FWQ