A Heatwave is wreaking havoc in the Alps. Only one Alpine ski area is in action after rapid snowmelt caused Zermatt to temporarily close

Hintertux in Austria is the only remaining Alpine glacier still open to the public.

Zermatt is the latest glacier ski area to stop operations this summer. With the highest lift-served skiing in Europe, it’s reportedly the most climate-resilient glacier and one to usually ski 365 days a year. But rainstorms at 4,000m have been the last straw for the snow, suffering from a Europe-wide heatwave and thin on the ground after a dry winter. According to Zermatt management, the summer season kicked off with a snowpack 6 metres below average. What’s more:

“Large-scale glacier movements have an impact on crevasse activity. These factors only serve to exacerbate the challenges already posed by the lack of snow…”

Known for hosting World Cup ski races in late October and early November, the resort is working to preserve the snow. Zermatt has announced that the preparations for these events will continue as scheduled, and that it plans to restart glacier skiing when conditions allow.

A week before Zermatt announced a break, Italy’s Passo Stelvio called it a day.

High altitude Swiss resort Saas Fee has also suspended access for the general public, allowing only training on the glacier.

The only other place you’ll find glacier skiing this summer in Europe is in Norway. The summer ski resort is located on top of the Folgefonna Glacier next to Hardangerfjorden. Unlike the rest of the continent, it’s reporting cold days and snow measurements in the upper, middle and lower sections to be almost two metres. The park is open. Race camps are in session.

Tignes in France opened for just two weeks earlier this summer before closing due to rapid melt-off.

Val d’Isère and the Mölltaler Glacier didn’t open at all for summer skiing 2022 to due low snow coverage. 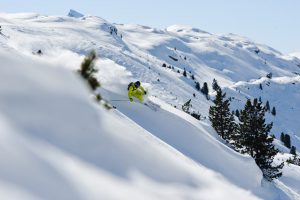