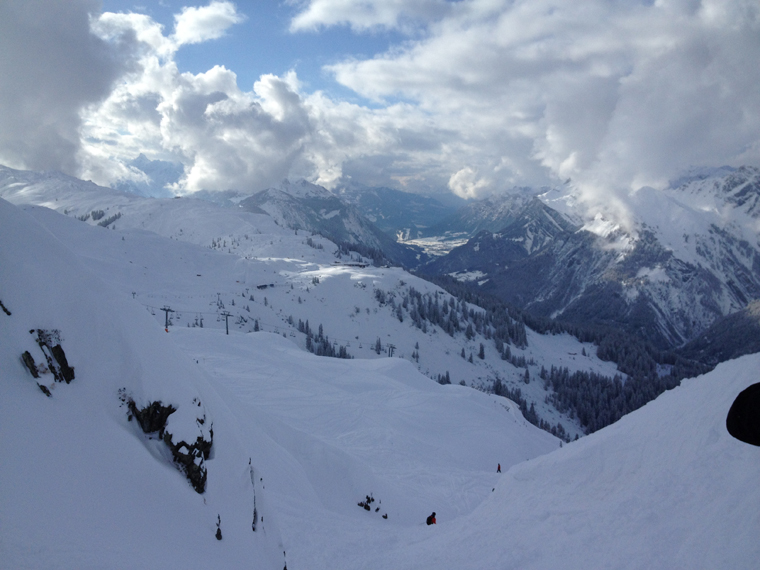 If you’ve visited St Anton or Lech, you might have noticed this snowy gem on your piste map. 30 minutes from St Anton, it’s included on the local lift pass, but despite being just 20km away, it’s overlooked by most of the Arlberg’s visitors. More fool them! While the pistes of Gampen are packed and the runs off Valluga are tracked out just hours after a snowfall, Sonnenkopf remains almost eerily quite.

Come after one of those legendary Arlberg dumps and there’s still no powder stress here, just big open terrain to practice those hero shots on and far-reaching views over Vorarlberg. Plus, in the valley villages of Klösterle and Wald am Arlberg the guesthouses are a fraction of the price of their more-famous neighbours, making it an ideal base to explore the region.

Fly into Linz Airport (time it right for some Ryanair bargains) and jump on the train to Grünau im Almtal, in Austria’s lake-filled Salzkammergut region. Its small mountain, Kasberg, might top out at 1600m but when the storms role in from the North/Northwest it absolutely dumps here, leaving its flattering meadows laden with sweet, sweet powder.

Okay, the skiing is not extensive enough to merit a whole week here (there’s just 40km of piste), but for a sneaky, last-minute weekend you can’t go wrong, especially if the signs are pointing towards a northerly storm. For budget accommodation the Treehouse Hostel, five minutes from the lifts, has a hard-to-achieve 5* rating on Trip Advisor and offers double rooms from €30 ppnn. 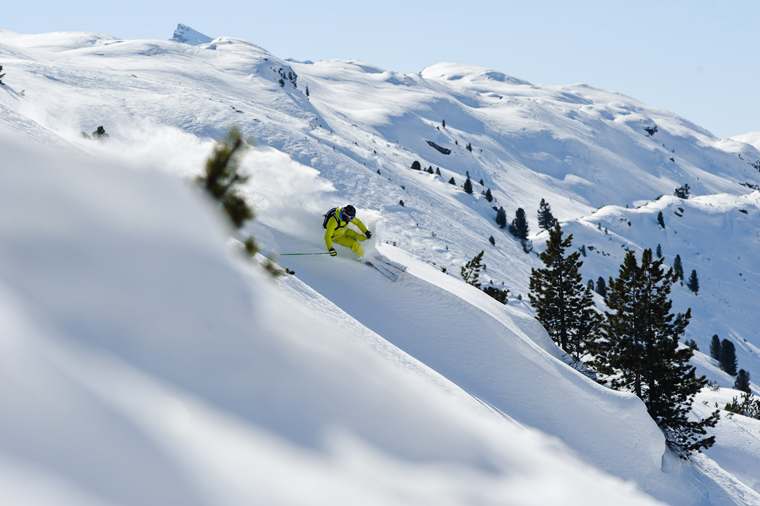 The Paznaun valley draws in some of the biggest tourist numbers in all of Austria, but very few of them make it past the bright lights of Ischgl. Just 15 minutes further lies Galtür, it’s small, quiet sister, best known for being the unfortunate victim of a 1999 avalanche, considered one of the worst avalanche disasters of the last century. Since then a lot of work has been done to secure the area, but tourism has never quite made the comeback it deserves.

Marketed as a family-friendly alternative to Ischgl, you’ll be hard-pressed to find a queue here with the slopes all but deserted. Nestled up against the Vorarlberg border, it’s deep alpine position ensures the usually trackless snow stays crisp for days after a storm and its grassy terrain doesn’t mean much is needed to guarantee powder shot after powder shot.

Where Austria and Italy meet… |nassfeld.at

Just minutes from the Italian border, the distance between Nassfeld and major airports (you’re better off flying to Ljubljana or Venice than anywhere in Austria) has kept it off most Brits’ radars. Surprising, since it’s one of the region’s biggest, boasting 110km of slopes, most of them of the cruisey ilk favoured by the mile-hungry.

Its southerly location means that, when the warm airs from the Adriatic meet the cold airs of the Alps, it can get some serious snowfall, transforming its meadows and trees into one powder-covered playground. Oh, and for those of you who want to take advantage of the Schengen Agreement while you still can, there’s even one drag lift on the Italian side.

This small ski resort might not have a big reputation, but it has one of the best snow records in the whole of the Eastern Alps. Situated between two massifs, every cloud coming from the West to Northeast gets pushed through here, releasing their goods on its sunny plateau and ensuring good snow conditions until April.

The freeride terrain, a mixture of wide-open lines and hidden tree runs, is considered some of the best in Styria, while the pistes offer options for every level. Sat apart from the big ski regions, the resort rarely gets busy, and there’s affordable accommodation in the towns of Tauplitz and Bad Mittendorf.