You can only imagine the look on the poor chap’s face. “Yup, that’s right Jim, your job this week is to count the number of ski resorts in Europe… yup, the whole of Europe… yup even the ones in Lithuania, in Greenland, in Belgium…” After seven days of meticulous research and addition (four calculators were lost in the process; two to overuse; two to coming into contact with a wall), Jim calculated that there were 3474 ski resorts in Europe.

Okay, it’s unlikely that’s how it went. In fact, we’re not sure exactly how Skiresort.info came up with that figure, or how accurate it is. But the point of the tale is this: there are a lot of ski resorts in Europe. A lot. Several thousand of which you probably haven’t even heard of. And I’m not just talking about ones in exotic countries like Macedonia, or Belarus, but ones right on our doorstep. 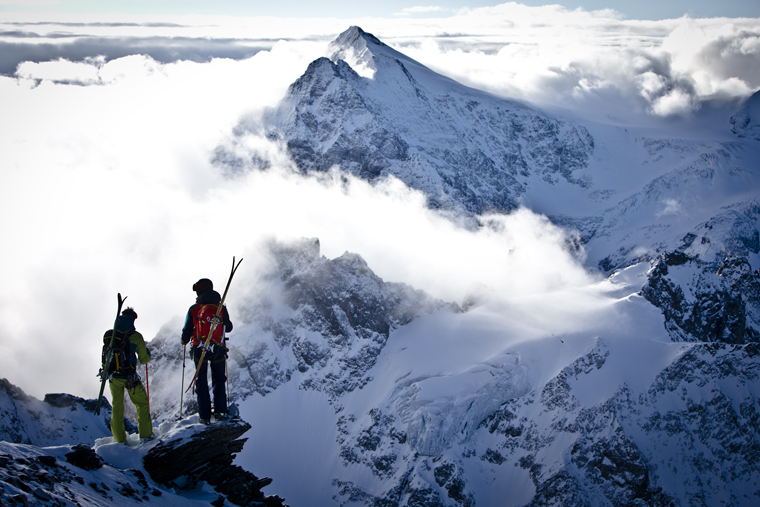 Ever heard of Arêches? I hadn’t either until my husband Chrigl drove over there last month. It’s just up from Albertville, in the Beaufortain. He said, not once did he hear any English, it was all French. Everyone seemed to know each other, and there was a tarte au Beaufort at every mountain restaurant. The town was small, the runs were long, the lifts were slow. There was as much snow as at any of the more travelled resorts – and it was far less tracked.

In our Explore Europe issue you’ll read about several off-the-radar Euro resorts (along with some classics, too). One of which is Nauders (p18). It is in Austria, but only just. It’s almost in Italy – and Switzerland (you can ski all three countries in a day). Clear the powder out from your ears after lapping the perfectly-pitched trees eight times, and you might hear a few people speaking the obscure language of Romansch, the official language of the neighbouring Swiss canton of Graubünden.

It is in small towns like these where you are reminded, not only of all the unskied nooks and crannies in the Alps, but also of the variety of Alpine communities and cultures, which continue to thrive completely oblivious to the jostling of foreigners occurring in the bigger mainstream resorts.

In regions where the mountains are as tall as they are in the Alps, sometimes travelling over a col can give you a completely different cultural experience. It may be as simple as going from a north-facing resort to a south-facing resort, and attitudes change from freeride-charged exuberance to a deckchair-lounging insouciance within the space of an aspect.

Maybe plan your next adventure somewhere where a quick ski brings you to another place entirely. Who knows what you might discover?

Taken from our Explore Europe issue, out now.

FL's Editor in chief, based in the French Alps. Loves trees, steep moguls and live music.