When Chrigl recommends a product for testing to me, I have to take his word for it – he is the ultimate gear geek with super-high standards, so if he says something’s good…

Sure, Chrigl has fairly odd-shaped feet (narrow heel, wide forefoot, tall instep) compared to my relatively simple, slender trotters, but he just kept saying how Atomic have “nailed the shape of their Hawx last” and I “just had to try ’em”. So there was only one thing for it… Two weeks later the Atomic Hawx Ultra 115 S arrived.

The out-of-the-box fit was impressive – perfectly snug around the foot profile (it’s a 98mm last), with no pressure points. I did notice a little extra space under the arch, so I added my own custom footbed. I am also running the supplied volume-reducing footbed under that. The narrow liner and shell construction is made for a thinner calf and shin profile, though there is a removable spoiler in the upper spine to free up space for those who need it. The liner has three useful loops, for hanging, carrying, or pulling the boot on/off – a nice touch.

At my weight of 54kg I was questioning whether I would be able to push the meaty 115 flex hard enough for those times when I wasn’t skiing flat-out. The danger of an overly stiff boot being that punishing is a ‘brick wall’ feeling and pair of bruised shins. I needn’t have worried – the boot felt stiff, but not oppressively so, and I felt I could confidently flex it at slower speeds and inputs.

It is easy to get caught up in flex ratings though, so, moving beyond that, what you get from a higher level boot like this is mostly what I would call: responsiveness. This is why the Hawx Ultra 115 felt so workable even at slower speeds, because it responded so well to my inputs.

Simply put, if the boot responds well to you initiating a turn, then the ski responds in turn. It’s the first time I realised that the better your boots are, the less you notice them – as in, the inputs to the ski are so direct, it’s like the boot is not even there!

Atomic’s explanation is that the Energy Backbone reinforcement provides extra strength in the spine and this is what improves the lateral energy transmission. Well, the results are better edge changes and edge grip, and when you start building more speed and cranking harder, the slightly stiff forward flex supports you. Perfect.

What’s amazing for a boot with this much power and performance, is how light it is – this is one of the lightest weight women’s alpine boots on the market (just over 1600g per boot, size 25). Atomic has clearly taken some the weight-saving elements of their touring boots and blended them in here. The Hawx Ultra 115 is, however, firmly a piste/all-mountain boot – it doesn’t have GripWalk soles or a ski-walk mode (for that, check out the XTD version).

Finally, lined with a layer of 3M Thinsulate, the boot provides good warmth on sub-zero days – it’s not often you find a boot of this caliber that is as snug or comfy as the Hawx Ultra 115.

Power you can live with. A super-responsive, high-performing boot suited to any female who loves to shred carves on-piste and rip the chop off-piste.

RRP
450
Where to buy
Atomic 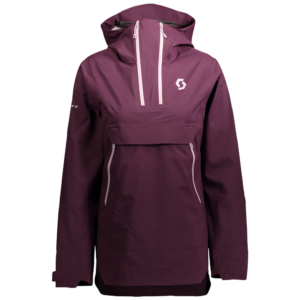 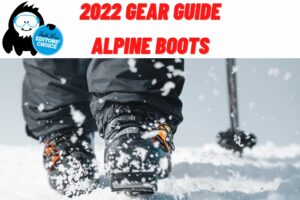 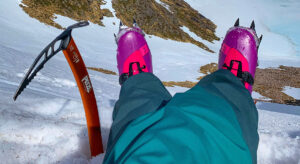