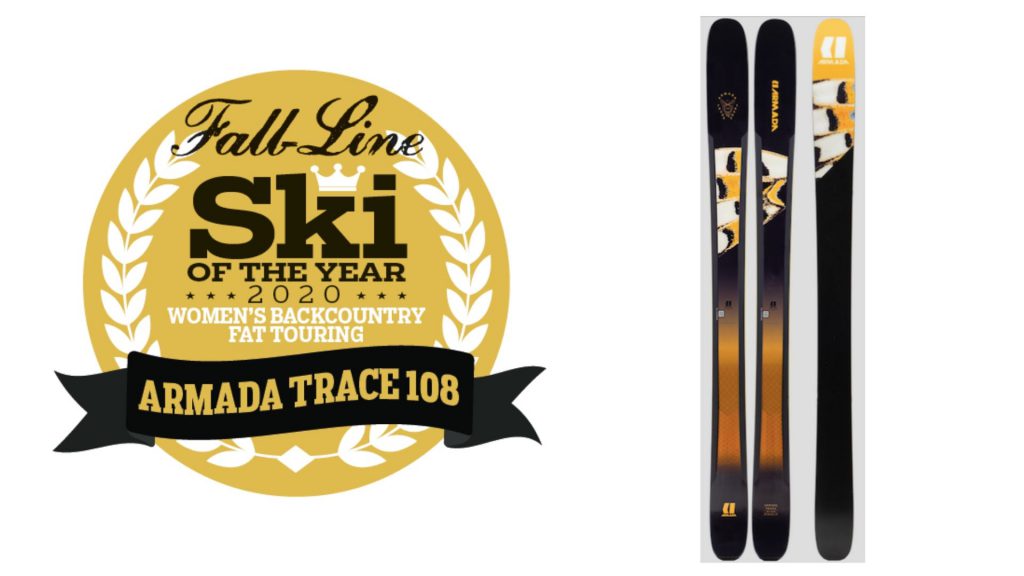 If you’re looking for a max width-to-weight ratio for backcountry freeride adventures then the Armada Trace 108 delivers giggles and girth by the bucketload.

Updated for 2020 with a new hybrid karuba wood core, the Trace 108 is undeniably built for deep days in the backcountry yet is surprisingly light and nimble for such a big ski.

Floating in the deep stuff might be in its DNA but the Armada Trace 108 is no one-trick powder pony. Poppy and playful in the soft spring snow at the SIGB Ski Test, the Trace 108 was just at home ripping around the frontside as it was off the back.

Armada’s new Adaptive Mesh shaping has been tailored to different parts of the ski to deliver torsional stiffness and stability underfoot and minimal chatter, float and swift turn initiation at the tip and tail. All the credentials required to float through power and crud with ease.

Weighing in at 1,550g (164cm) per ski with a 17m turning radius, the Armada Trace 108 hits a real sweet spot for such a wide rig. It’s light enough that it won’t hold you up on the uphill section of a day tour yet solid and stable enough to charge when off-piste conditions are primo.

Who is it for? A seriously impressive and versatile ski for freeride tourers who like a wide platform underfoot. May come unstuck on narrow steep skin tracks – we have yet to try! Also available in 88 and 98.

Pair it with: A Marker Kingpin M-Werks binding or Salomon/Atomic Shift and a pair of the women’s-specific Dalbello Lupo AX 110 boots.

TO READ MORE ABOUT THE TRACE 108 AND ALL THE OTHER NEW SKIS FOR 2020, SUBSCRIBE TO OUR GEAR GUIDE, OUT NOW! 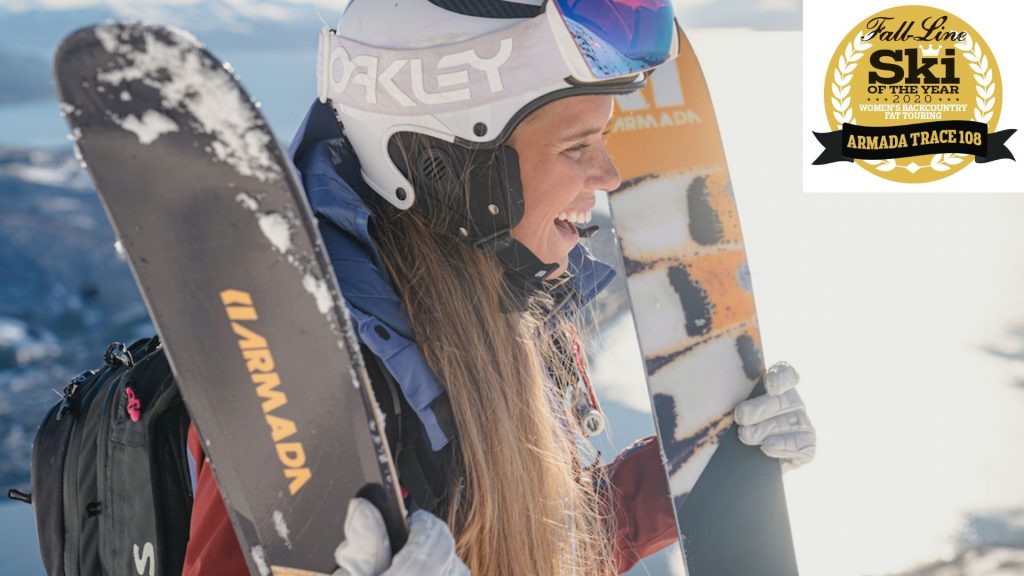 MORE SKIS OF THE YEAR: