Grippy, glazed, soapy, sticky – these are just a few of the terms racers use to describe conditions. But how much work goes into prepping the perfect race course? Graham Bell investigates

David Vine once asked the Swiss legend Peter Müller after a poor result if he had chosen the wrong pair of skis. Müller replied: “The skis were perfect; it was the snow that was wrong.” Warm conditions at the Sochi Olympics caused no end of problems for the chief of course, coaches, ski technicians and ultimately the athletes – unfortunately many of the events became a start number lottery.  The race pistes were just not firm enough for the competitions to be fair.

Recreational skiers tend to class any hard conditions as ‘icy’ and do their best to avoid them, whereas there are actually many different types of hard snow, each needing a different approach in terms of technique, ski preparation and ski boot set-up. Footballers sometimes change boots mid-match, a luxury that a speeding ski racer does not have, and while I acknowledge that all grass is not the same, there is multitude of snow types found on a race hill. You’ll hear racers describe conditions as aggressive, grippy, dry, glazed, soapy, sticky, rippled, bullet-proof, death-cookies, or any combination of the above.  Particularly in downhill, a ski that works like a dream on the top of a course might turn into a nightmare on the lower section. 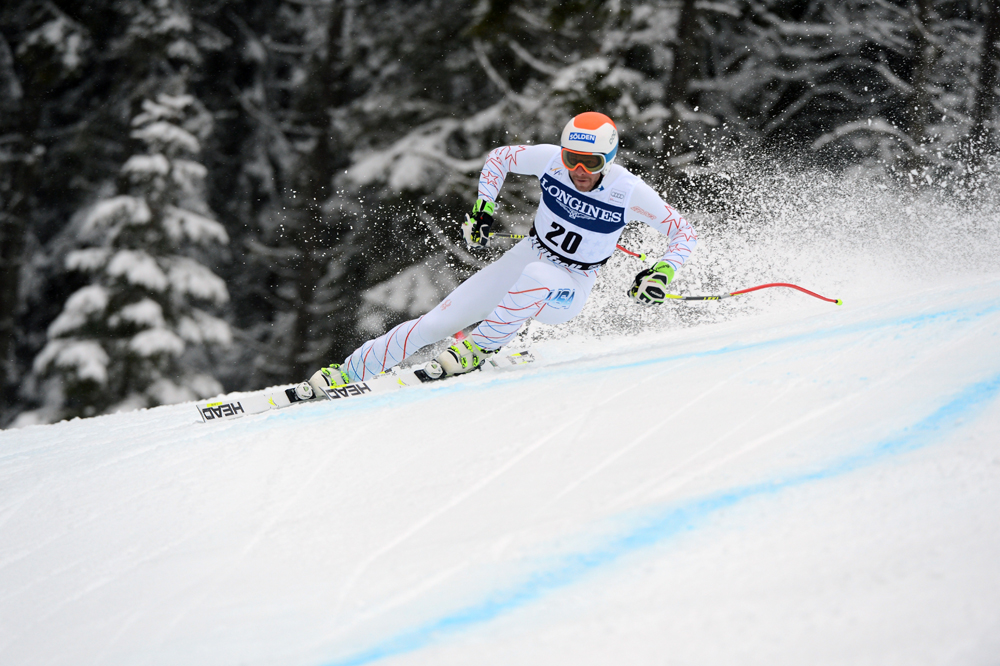 Bode Miller makes the most of conditons | Photo courtesy of Head

Snow-making technology has improved so much over the years that man-made snow creates by far the best race conditions.  Produced by blowing water and compressed air out through tiny nozzles, the snow does not have any time to form complex crystallised shapes, so it will bond as soon as it lands.

Most resorts will blow snow even if it is falling naturally from the sky, as the mixture produces a more stable base that will last longer at the end of the season. Once blown, man-made snow should be left for 24 hours to dry out before being pisted – that is why you often see big icy piles with a couple of warning poles stuck in them.

Temperature and the air/water mix have a dramatic effect on the snow produced. At the 1994 Olympics in Lillehammer, the chief of course deliberately ran the machines wet, to make the piste as challenging as possible. Cold sunny conditions and lots of side-slipping by the course crews combined to create a horizontal ice-rink.

Nowadays we have the water-injection bar, eliminating the risk that the piste develops a layer of surface ice with dry, breakable snow underneath. At the start of the Games in Sochi, conditions were perfect; the men’s downhill was grippy, hard, man-made snow on the steep top section and injected ice on the lower half. Racers needed very sharp edges for the lower ice, but the chief of course had used just enough water in the man-made snow at the top of the course to prevent the snow becoming too aggressive and catchy.

Any new snow needs to be cleared painstakingly from a race piste by hand, because running a piste machine will break the ice into what we used to call ‘golf balls’ on the British team, although the American expression ‘death-cookies’ is now the accepted term. To win on death-cookies you need to adapt your technique by keeping more pressure vertically over the ski, be very smooth at the start of the turn, and be lucky with an early start number.

Technical events are affected most by poor piste conditions as the identical line taken by each skier quickly produces ruts and chatters, although the reversal of the top 30 does even out some of the advantage of starting early on the first run. Soapy, softening conditions like we saw in Sochi made it hard for racers to generate the same body angles and so produce the same power onto the ski. At that stage in the Games, the chief of course was using desperation tactics.  Ammonium sulphate and sea salt were thrown onto the pistes by the bag load – this drew water out of the snowpack, and the energy of the chemicals going into solution would re-freeze the top layer.

Adapting to the various piste conditions is a vital skill of a ski racer, making tactical adjustments to your equipment, changing your line and altering your technique. FL