Talk about a revolution! Wed’ze Product Manager James de Saint Julien has pulled off a small miracle for the Decathlon-owned brand. For 2020/21 they are bringing several new creations to the market, expanding on Wed’ze’s more mainstream range into the more niche markets of off-piste, freestyle and backcountry. 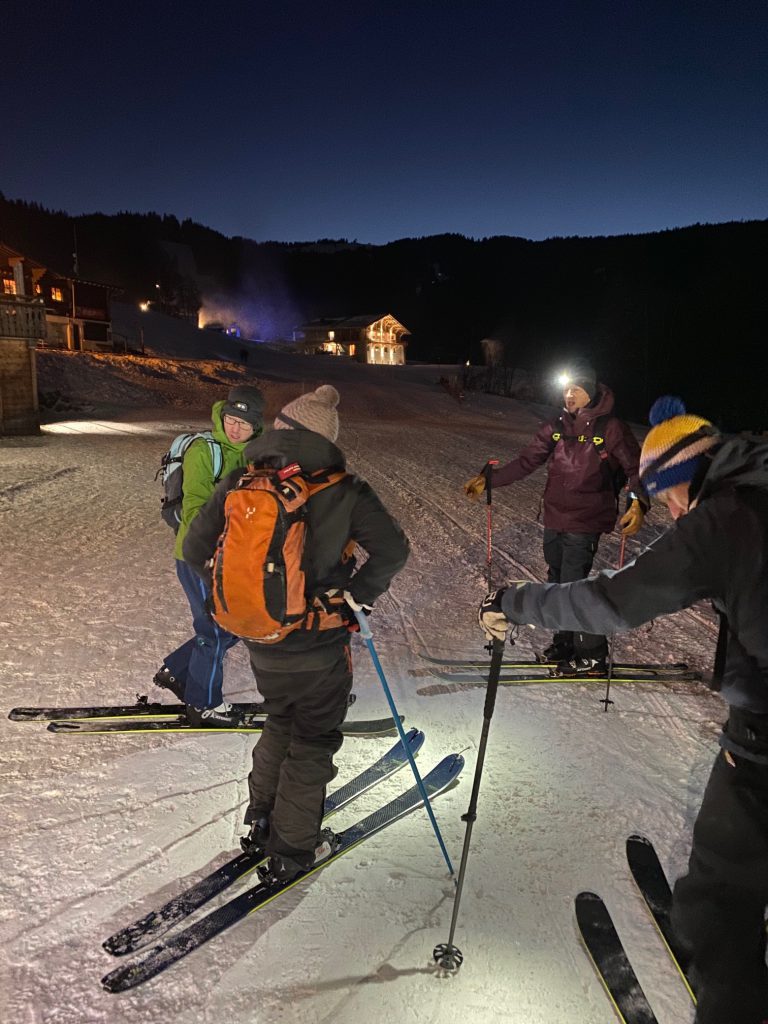 In February I had the chance to test some of the new range in Chamonix up on the Grands Montets in soft snow for a day with testers from several other European and North American publications.

Hailing from a little village outside Chamonix, James and his team have, in line with current trends and through testing in the world’s biggest mountains, designed a sleek-looking and sleek-skiing range of modern, appealing skis. 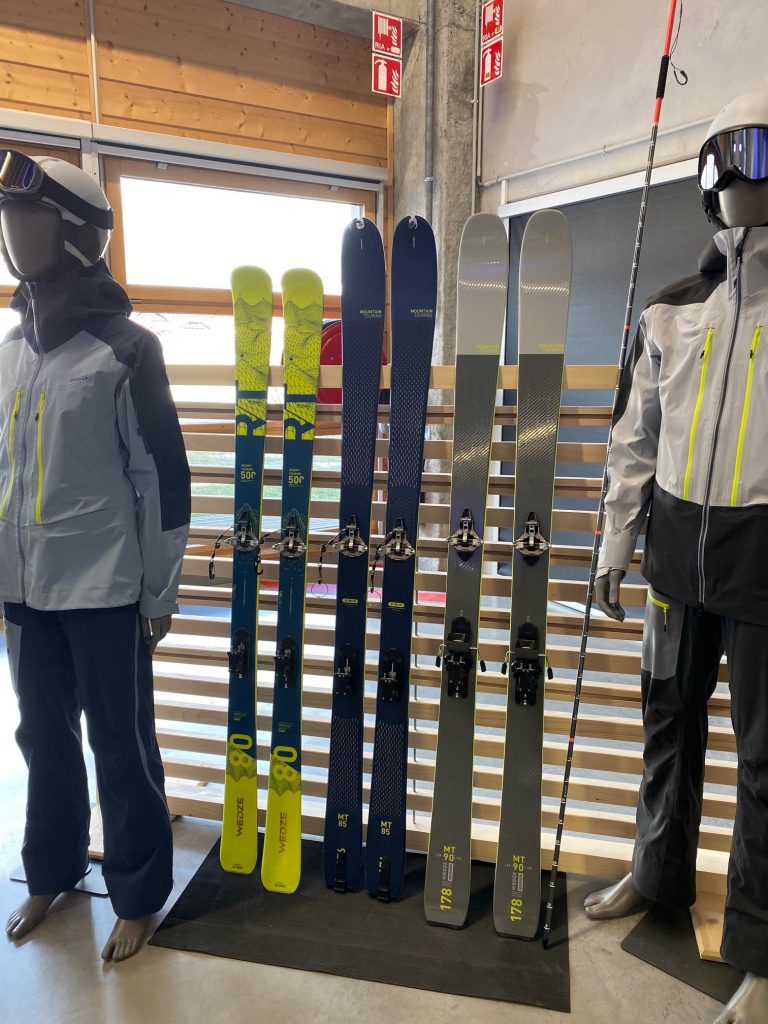 Their touring skis looked great, the MT 85 and MT 90 (and competitively priced as complete packages of skis, bindings and skins -obviously!), but I was there to test their more freeride-orientated models the Slash, the Pow Chaser and the Patrol. The Slash and Patrol are also offered in women’s versions.

First impressions were positive. The colours, the graphics were appealing. The feel, hand-flexing them, was also good. Nice progressive tip-to-tail flexes, slanted sidewalls and a lightly textured top-sheet. As soon as they were on the feet I noticed the skis felt quiet, like they were well-damped – “We have rubber inserts in the tips”, explains James on the chairlift, an indication of the attention to detail in the new designs.

Here are some ski impressions of the three I tried. Overall what was most impressive was the feel and predictable rebound of the three skis I tested. This for me is one of the most important features of a ski, how it feels underfoot. And these three had the right construction to have fun and inspire confidence in most situations. 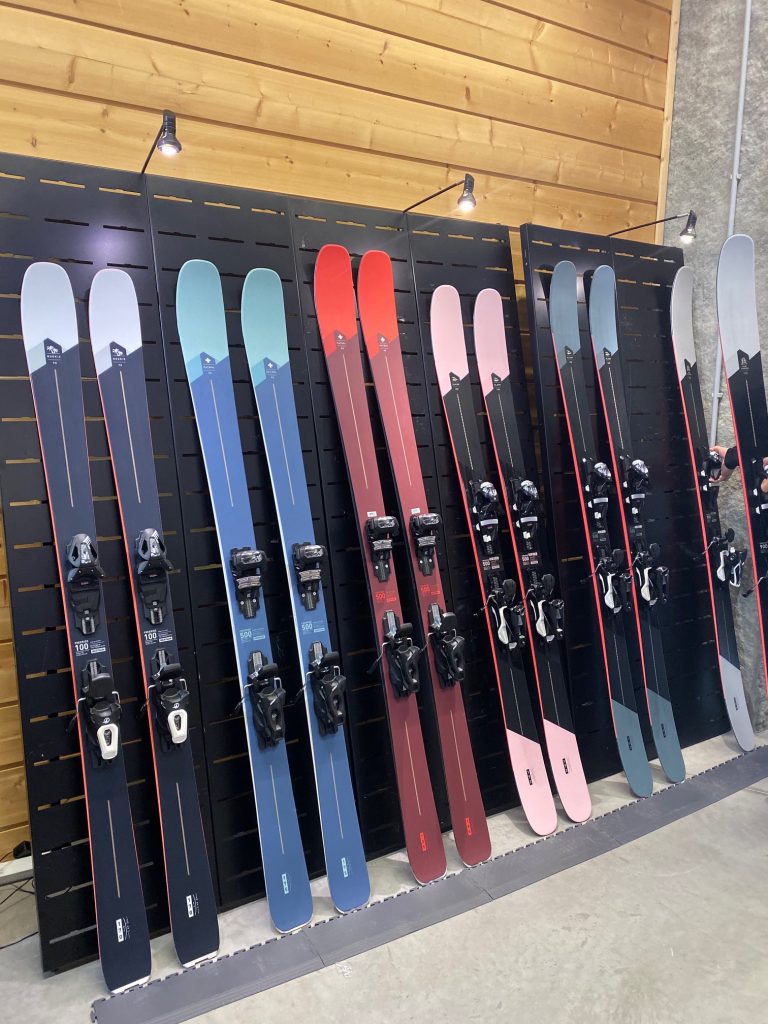 The Slash was the first ski I tried. I was initially concerned the 183cm length was shorter than I would typically ski but I was instantly surprised by how damp and stable it felt at speed. Our group was skiing fast in changeable snow and the Slash, ostensibly a ski designed for play and creativity, had no trouble keeping up. On-piste the short radius (17m) and the energetic rebound in the flex makes the ski super-reactive. It was just mega fun. Side-hits, tight carves, spins, changeable snow, were all a hoot and all within a versatile 100mm underfoot package. The Slash was definitely on the softer side of the spectrum but I was reminded how a ski with a consistent flex and feel can ride with the confidence of a stiffer ski. For a beginner or intermediate this would be a fantastic resort mess-around ski. And for a more advanced skier it was great to get on something that had such a playful side but could still handle speed. I can only imagine how much fun you could have skiing late-season slushy laps, carving it and jumping off of everything in sight.

Having skied the very capable and narrower Slash, I wasn’t sure how much performance the 115mm underfoot Pow Chaser could add in anything but the deepest conditions. However, the Pow Chaser instantly felt more stable and predictable at speed. It was happy to skid and drift and the mellow flex still allowed this 115mm ski to conform to the hill for carves. In the expansive bowls of Les Grands Montets it was like a bloodhound searching out lips and drops, features to play on. The rocker profile helped it stay manoeuvrable in tight spots in the forested sections. Like the 100mm Slash, the soft-to-middle flex makes it accessible to all levels but whereas some more advanced or heavier skiers might be put off by the idea of a softer ski, the flex is well designed – it is predictable and consistent and can be used to your advantage. It has predictable energy, pop and edge grip and, despite the flex softening towards the tips and tails, there are no nasty surprises where the ski bends dramatically, no hinge points. Underfoot a slightly less rigid flex than some rivals also translates to snow-feel and vibration dampening. One of the Wed’ze product development guys explained that they had worked very hard on maintaining the torsional stiffness of their freeride skis – this is how it was felt so forgiving but never like it lacked edge grip.

After the ‘new-school’ (twin-tip, twin rocker more centrally mounted) Slash and the Pow Chaser, it was time to try a more traditionally-shaped ski, the Patrol 95. My legs were tired from a pretty aggressive ski in the morning with some fast skiers on long lifts and variable terrain and I was concerned I wouldn’t have the power to manoeuver a ski with less rocker and a more traditional mount and a stiffer flex. The solution would be to simply adjust my technique to a more classic style of more forward pressure in the tips and also ‘letting the ski run’ to get the most rest for my legs and also to let the ski’s character really shine. We returned to the choppy powder in the big bowls of upper Grands Montets where the Patrol, even at it’s moderate 95mm width, confidently traced long drawn-out lines, slicing through chunder and chop where the others would have been bouncing around. It rewarded a more forward stance and with more active initiation and, thanks also to some mild tip rocker, and some good rebound underfoot, could be turned in the tightest sections. The flex was again not overly stiff and I wondered how they would grip on the firmer pistes. Short turns turned out to be super fun. The radius was about right at 19m but it was the rebound energy that surprised most. When brought up to speed the Patrol 95 was again more than happy to trace long aggressive carves with confidence and grip on the hardest of pistes. It was clear that the Patrol could absolutely eat up the miles of the longest pistes and the most chopped up off-piste in equal measure.