The new Arva Evo5 is the dinkiest and lightest transceiver I’ve seen, measuring a titchy 11x7cm and weighing just 165g. Despite its low profile, the Evo5 packs an impressive feature punch with a 50m search width, marking feature for multiple burials, and auto revert back to transmit after 8 minutes amongst others. 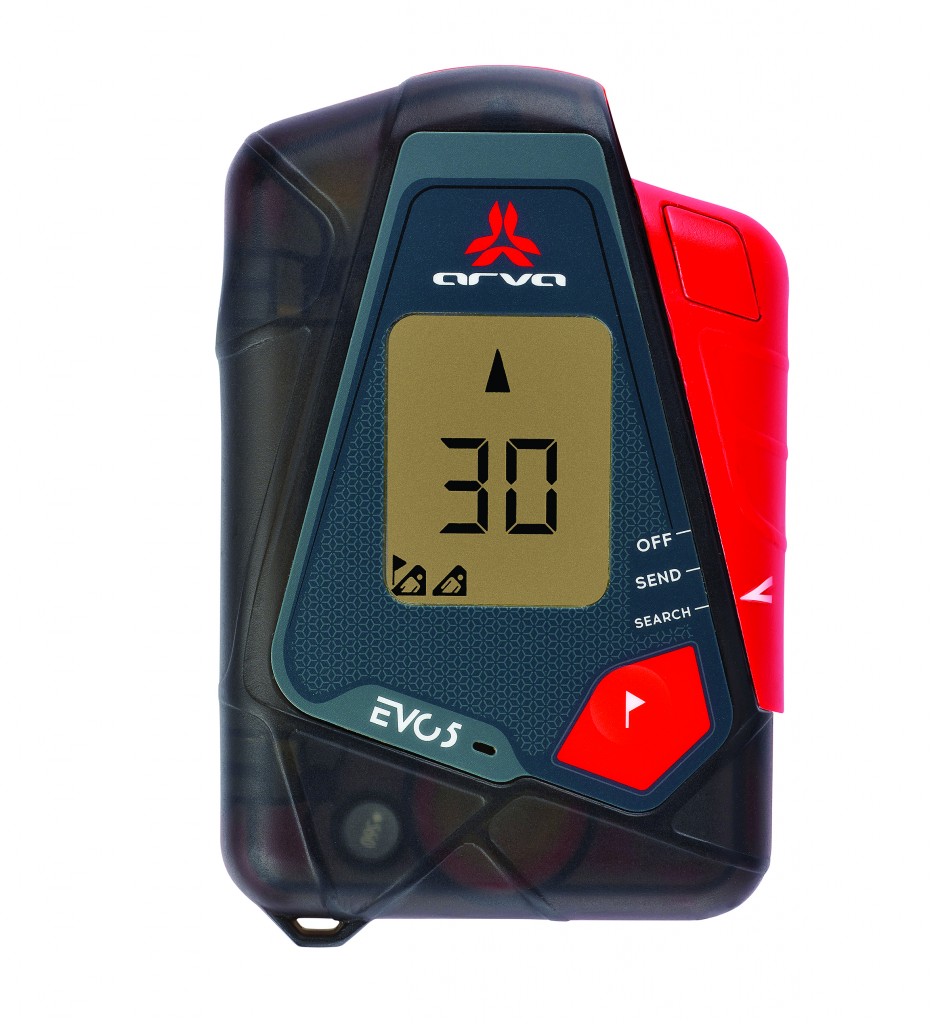 The first thing you notice about this transceiver is its low bulk and weight – it really is a handy pocket size. Unlike other transceivers, the Evo5 doesn’t come with a holster (you can buy one separately) but a waist belt instead with a cord that you can then feed into a pocket on your trouser leg or inside jacket. Opinions seem to be divided when it comes to the safety connotations of wearing a transceiver in your pocket but I definitely found it significantly comfier because it couldn’t dig in to my rib cage. 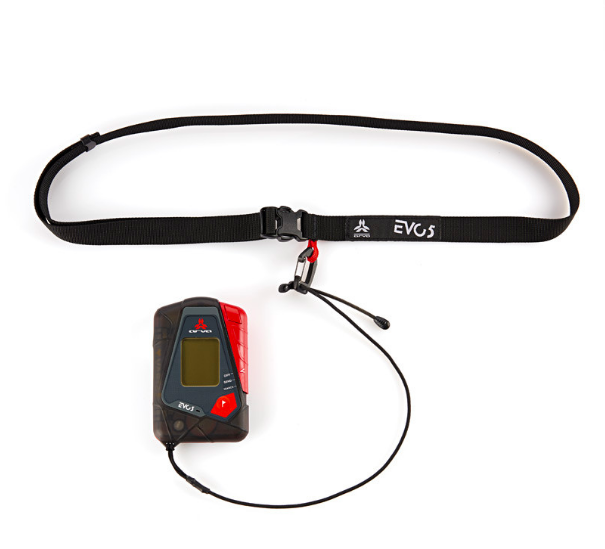 The Evo5 has a very simple interface with one button and a sliding lever to change from off, to send, to search mode. It clicks on very easily but can be a bit awkward to slide into the off position and you have to remember to press the mark button to switch it completely off. I’ve no doubt this is intentional so that it won’t accidentally turn off, but make sure you remember to do it or you’ll run your batteries flat.

And whilst we’re on the topic of batteries, the Evo5 only takes one AA – easy! The flip side of this of course is that you’ll have to change them more frequently and I did find the charge noticeably dropped off after a weekend of constant use running transceiver training workshops. 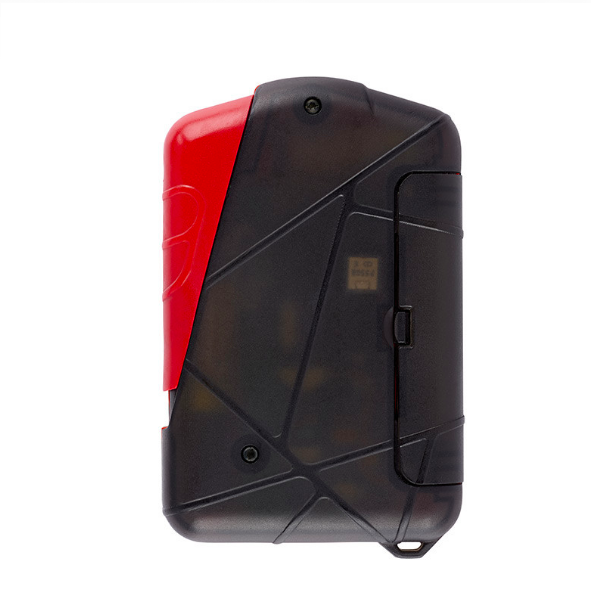 When searching, the arrows are easy to follow and then below three meters you are expected to conduct a grid search. It also has a handy U-Turn feature so if you are walking in the wrong direction it alerts you to turn 180 degrees – although this takes a couple of moments to kick in so you are just as well to watch the numbers going up instead of down.

If there is interference with the signal, the Evo5 will reduce its strip search width to 20m instead of 50m, however the signal is only really reliable from around a 30m range anyway, beyond that the numbers tend to jump around. In case of a secondary slide the transceiver will automatically revert to send mode after 8 minutes, unless you select otherwise.

During a multi burial search the Evo5 will lock on to the strongest signal and take you to that transceiver first. It gives you the option to mark and move on, although be sure to step at least a metre away from the signal you have marked before you start the second search, or it takes a moment to find it. Generally it didn’t seem to find the second signal until about 25m distance, but it was able to distinguish between them, even when they were very close.

I also just had a play with my mobile phone and left it with the transceiver I was searching for, and it didn’t seem to have any effect on the search, however when I placed the phone under the searching transceiver it really struggled to distinguish the signal and give a clear direction.

Moral of the story? Be sure to keep your phone at least 30cm away from your transceiver when sending and 50cm when searching if possible.

FOR MORE BACKCOUNTRY SAFETY KIT AND ALL THE OTHER NEW GEAR FOR 2020, GET YOUR COPY OF OUR 2020 GEAR GUIDE – OUT NOW!

THE BEST SKI TOURING BINDINGS OF 2020