In this new series, Martin Chester profiles his out-and-out heroes in the wonderful world of mountain guiding. This month: Rob Collister. Over to Martin… 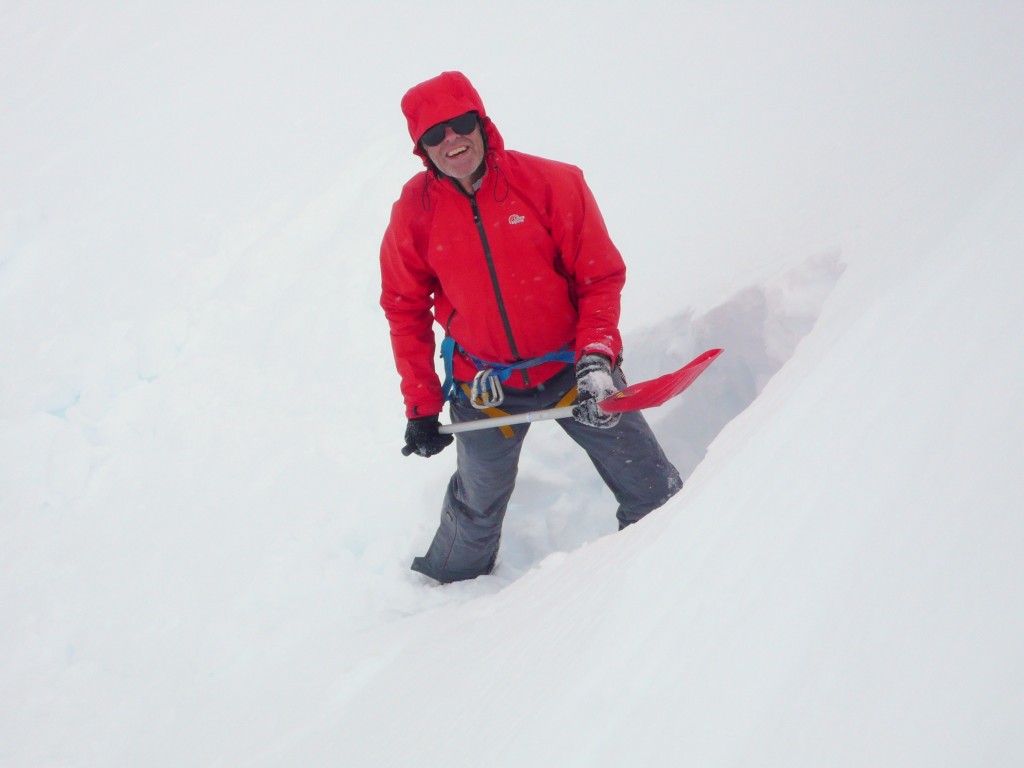 All credit to Rob Collister. He is probably one of the finest backcountry gurus you have never heard of. A quiet unassuming man who just gets on with doing his thing, he scarcely realises what an enormous inspiration he is to others or how greatly he has influenced the world of ski touring.

Rob was best known as an alpinist in his early years. We would later laugh about our shared “imposter syndrome” whilst working at Plas y Brenin (the National Mountain Centre) as neither of us climbed “quite hard enough” to be credible (however well we skied).

But Rob has always been in his element climbing un-named peaks in obscure corners of the world – all climbed in good style. His first book, Lightweight Expeditions, extols the virtues of small, sustainable climbing trips to far flung places, long before “fast and light” or even global warming had been invented. 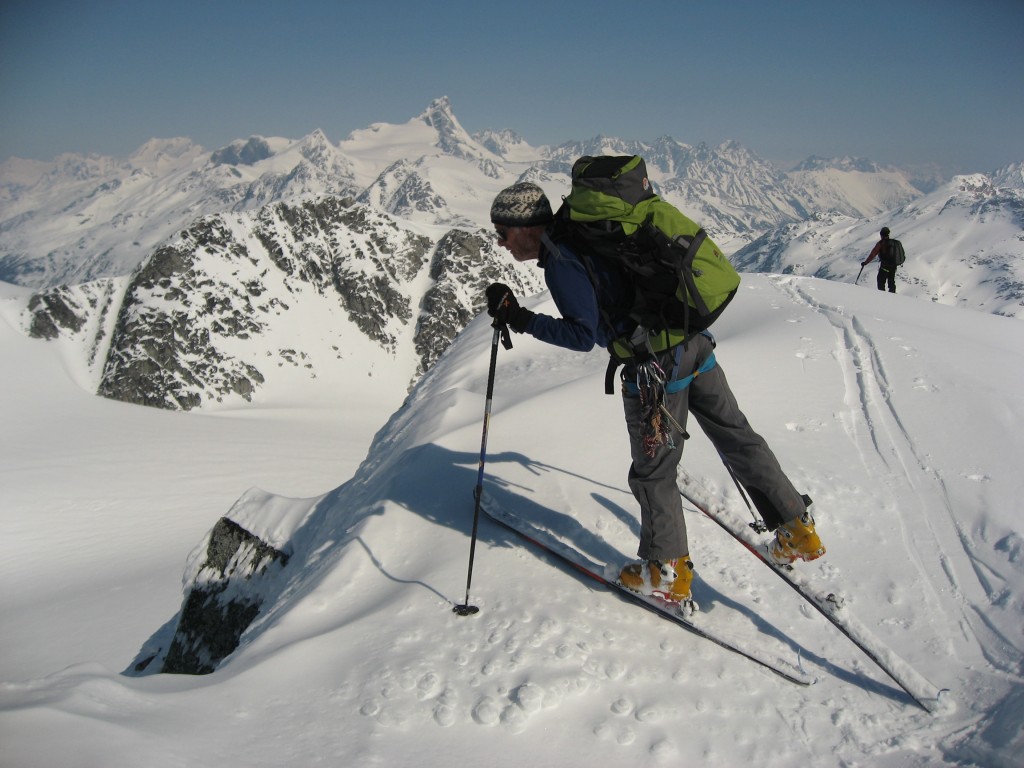 When I was an aspirant ski guide, Rob was the one to watch (literally) or work with. He was one of the first British mountain guides to lead clients on the Haute Route (long before the internet made it “a thing”) and spent his career sharing his love of real adventure with his clients.

No one has ever been happier simply looking over the next col or questing round the next corner of some esoteric nook or cranny of the Alps. Rob fought for years to pull the standard of skiing in the BMG up to the same standard as our euro colleagues – and will have no idea how many trainee and aspirant guides he has inspired along the way. He served as president of the BMG from 1990 to 1993.

Working as the apprentice to the master, I was lucky enough to join Rob and a team of clients from the Eagle Ski Club and together we guided the first ski ascent and descent of Kalanag in the Garwhal Himalaya of India. It was Rob in his element – a remote trip with an uncertain outcome – very few people for miles around – and a veritable education into integrating lightweight expeditions with respectful travel in far-flung places. 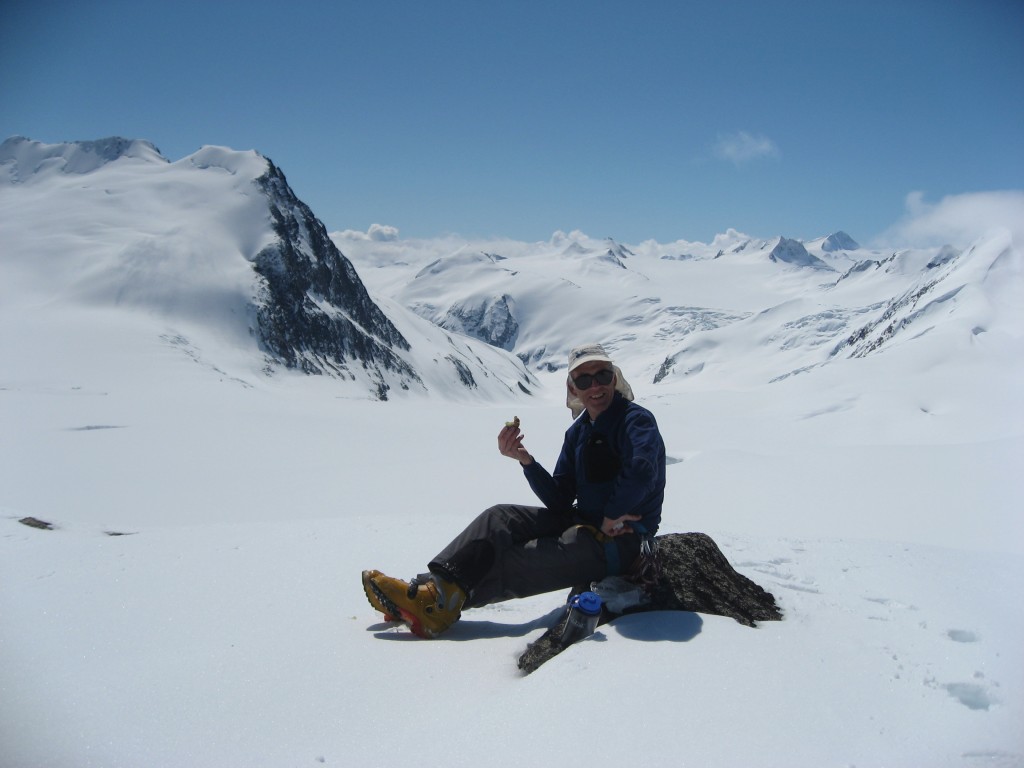 You might think a lifetime of inspiring others through guiding would be enough. Not for Rob. He long since recognised the paradox of travel versus carbon footprint and has always striven to take good care of the environment he loves along the way.

He is an impressive writer and has penned a plethora of inspiring text. His latest book, Days to Remember, reminds us of the fragility of the natural environment that captivates us. Hopefully Rob will inspire you as much as he has so many other people and organisations. As such, it was no surprise that he was awarded an MBE for services to mountaineering and the environment in the latest honours list.

Rob Collister: we salute you! 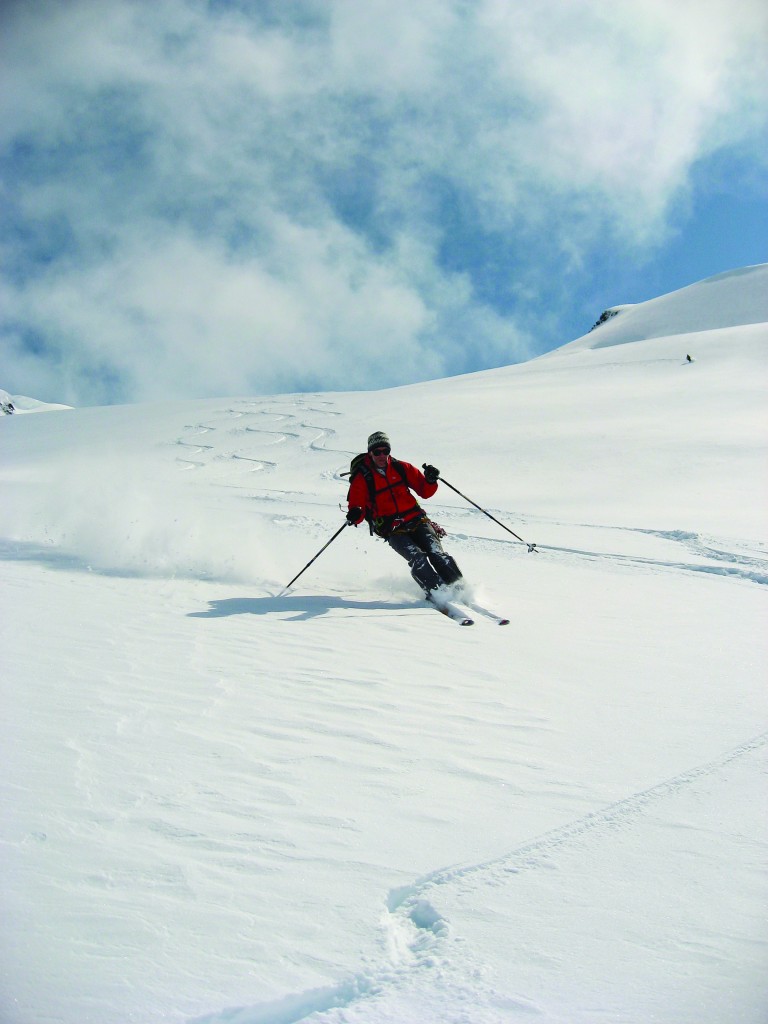 ASK MARTIN CHESTER: WHY CARRY CRAMPONS IN THE BACKCOUNTRY?