Swap Verbier and Zermatt for these lesser-known but equally brilliant Swiss ski resorts, where the powder stays untracked and the Franc stretches (a little bit) further 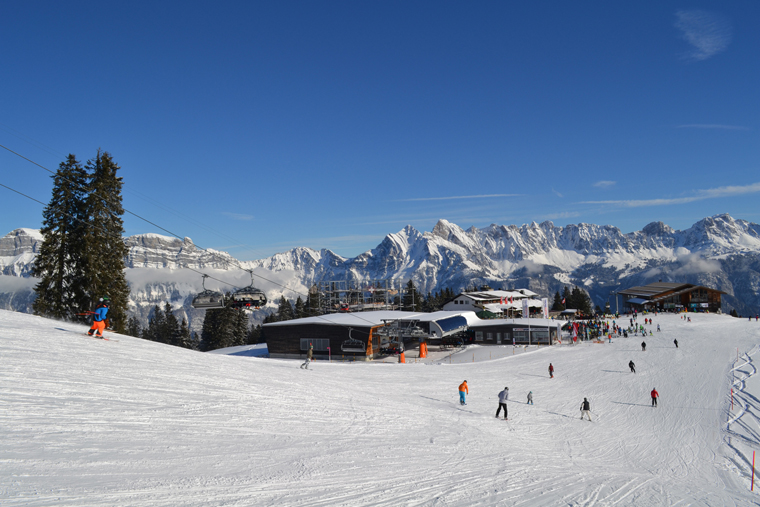 One of the most accessible ski resorts from Zurich (one hour from the centre or 1.5 hours from the airport), Flumserberg is a popular weekend spot. But head here during the week and you’ll discover almost empty slopes and just about every kind of terrain you could want packed into its 65km of pistes; winding tree runs, testing blacks and long, powdery ski routes. The views over Walensee are outstanding and it’s a bit of a snow magnet too, sucking in powder from North and West storms.

Sat at the far-end of the almost-deserted Val d’Hérens, Arolla is best known for being a stop off point on the Haute Route. The skiing isn’t extensive, but the five drag lifts offer impressive vertical with high, snowsure slopes sat between 2000 and 3000m. If you’re willing to skin for your turns, things get even better, with myriad touring routes accessed from the resort. The Val d’Hérens’ other, equally wee, resorts of Nax and Evolène are also worth a visit.

If you looked at the piste map alone, you’d wonder why we’ve included Disentis on this list. But its not the pistes that you head here for, it’s the (almost) endless lift-accessed backcountry offerings that have made this hotspot for powder-hungry freeriders. Steep, long and wild, the vertical drop is nearly 6,000 feet, with options from virtually every direction.

Situated in the beautiful Bernese Oberland, Adelboden is as chocolate-box pretty as it gets (think wood-clad chalets and flower-filled window boxes). Few Brits make it here, which is surprising considering the 185km of cruisey, scenic runs. For those after more of a challenge, it’s a superb springboard for ski touring and flights from London City to Bern, just an hour away, make it a cinch to get to, as well.

Sat on a sun-soaked plateau above Sion, this little-known resort boasts a good snow record, far-reaching views and near-deserted slopes. It may sound small on paper (58km) but the runs are long and there’s plenty of easy access powder stashes between the poles. Flashier Crans Montana is just half an hour’s drive away should you need a change of scene, though you’ll soon be lured back to Anzère’s charming and quiet pistes.