Wondering where to get your ski-fix once the summer hits? Get your sunnies and SPF50 at the ready – here is the low-down of the best summer ski spots across the globe

When? June to October

Why? The highest skiing in Saas Fee is on the Allalin glacier, where slopes go up to 3600m, up above the Saastal valley. Cruise its 20km of pistes, in such good nick that the Swiss race team spend the summer training here, or head to the snowpark: with its epic kicker lines, creative rails and two huge halfpipes, many big name brush up on their skills here in summer.

When? June to October

Why? You have some pennies kicking around and fancy heading somewhere a wee bit exotic (yet very snowy) this summer? Hello Las Lenas, in the Andes Mountains, where snow tends to fall in big dumps, several feet at a time. The resort is just about the nearest you’ll get, in South America, to the big Alpine style resorts we’re used to… Think big, open powder bowls, narrow chutes and cliff drops aplenty.

When? Mid-June to late August

Why? Ask anyone to name a glacier for summer skiing, and it’s likely they’ll say the Grand Motte. It’s the one everyone knows about, and for good reason. Snow-insurance (even if the rest of the Alps is a wet puddle you’re guaranteed some great snow up here), lots of variety (16 ski lifts and over 20km of piste) and afterwards you can head down to the lake for a spot of paddle-boarding. Happy days.

When? Now until mid-May

Why? OK, May is more late-spring than summer, but we couldn’t leave out Austria’s biggest glacier ski area. Covering 1450 hectares and reaching 3333m, even in a lean year you’re guaranteed good snow. Don’t miss the thigh-warming 10km-long run from Wildspitze top terminal to the base station. There is a top-class terrain park, too.

When? May to October

Why? If you’re looking for some summer powder, but don’t have the time to head to the southern hemisphere, this tiny, glacier-based resort is the place to go. How tiny? Well, there is only one lift (and it’s a T-bar), but it has prime position on Norway’s highest mountain, the brilliantly named Galdhøpiggen (2469m), with a 1500m descent and lots of off-piste potential. There are good touring options, too.

When? Mid June to October

Why? Part of the Snowy Mountains, Thredbo is our pick of Australia’s ski resorts. The resort has the steepest overall terrain of any ski resort in the country – don’t miss Funnel Web, a ungroomed run notorious for its near-vertical middle section and mega moguls. The off-piste is epic too, with natural hits and powder bowls galore. If you fancy getting your backcountry on, there are several good tours opening up untouched chutes. 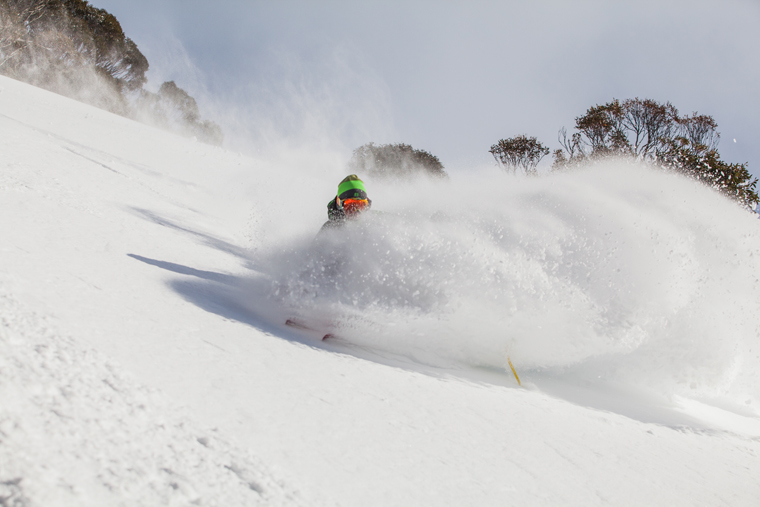 When? Now until end of June

Why? Because midnight sun skiing in the world’s northernmost ski resort has to be one of the coolest experiences you can have on two planks. There are 21km of pistes in all, plus numerous off-piste lines, and thanks to its northerly location it snows here this time of year more than anywhere else in Sweden. The only drawback? It’s a schlep to get to – but hey, you get to SKI under the midnight sun – so who cares.