Ski wax; it’s important. But do you know why? Well, it’s not for speed… Waxing is for anti-friction. And less friction means a better glide, easier turns and not so tired legs. Oh, and less risk of injury. In short, waxing is a big deal – and it’s easier than you might think to do

Ski waxing is one of those things most people are aware that they should do, but without necessarily knowing why or even how to do it themselves. We’ve all been there: you stick ‘em in a shop and 24 hours later they come back all shiny and slidey! So, here’s why you wax your skis and how you take the next step to take control of your ski servicing.

The first key point is that waxing isn’t necessarily for speed, it’s for anti-friction. We notice the speed because waxed skis allow us to glide along the flats with ease as everyone else has to push, but the real difference is in the friction – or rather, the lack of it. Having less friction makes our skis glide better, make turning easier and less tiring. The knock-on effect is that if our muscles are less fatigued on the slopes, we’re less prone to injuries. Seems like a pretty good reason to wax!

Lots of beginners worry about waxing because they associate it with speed. But look at it this way: you can control your speed in numerous ways, such as by turning more across the hill, any good instructor will teach you that, but you can only reduce friction and therefore fatigue by waxing… or by coming off the slope early, but who wants to do that?

Whether you’re a beginner or well-seasoned on the slopes, the ability to turn more easily simply means you’ll have more fun.

So what do you need to know about wax to get started? Firstly, you need to be aware of the different types of wax. There are quick-application waxes and iron-on waxes. If you’re brand new to waxing, start with something that you can easily rub on and polish into the base. These waxes will give you a quick boost on a holiday but they aren’t as long lasting. For best results, iron-on waxes are king. You can pick up an iron for around 50 quid and that’s a forever item – once you have that all you need is the wax.

Picking your wax becomes easier once you understand a little bit about how it works. It’s all down to the science of the snow crystals. Colder snow has more jaggy crystals, which are more abrasive so require a harder wax. When snow warms up and transforms into slush, the snow crystals are more like beads with a high moisture content, so require a softer wax that’s more hydrophobic to repel the water.

Fun fact – waxes are coloured to represent the snow temperature. Blue waxes are for cold snow, moving through red for fresh snow, and onto yellow for the warmest snow conditions. If you ever see green, it’s generally a universal wax. It won’t perform to the same level as each colour in their ideal conditions, however it makes choosing much simpler!

There’s a lot of chatter in the wax industry at the moment around fluoro – it’s the substance long used in wax for its excellent hydrophobic properties. It undoubtably makes waxes very slippery and, of course, for racers this translates to FAST! The reason this came about was actually from the pots and pans industry – those anti-stick Teflon pans you use are made using long-chain fluorocarbons, which as it turns out are bad for the environment. The longer the chain, the harder it is to decompose. In the snowsports industry, the amounts used are significantly lower by comparison, however there are new waxes coming onto the market that are ‘Fluoro free’, and that’s why. We’re all trying to do our bit for the environment!

The other wax additive that’s worth knowing about is graphite (like the lead in a pencil). Snow crystals have a very weak magnetic field and this is increased in old snow, and manufactured snow, creating ‘static electricity’ friction. This static is caused by dust and other impurities in the snow, which can be brought in from people, or produced from the diesel as a byproduct of the grooming machine. Graphite repels this build-up of static electricity, reducing friction and improving your glide.

Check out DataWax for the full range of waxes – everything you need is there and Fall Line members get 10% off – use code FL1892.

SPEED FREAKS – HOW TO SKI FAST 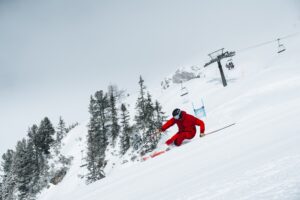 GET YOUR GEAR READY FOR WINTER 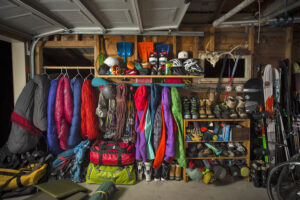