If the terrain in Scotland has not yet featured on your freeride radar, then perhaps the first short film from Puzzle Media will get your attention. LATE tells the story of a young group of British skiers and boarders who set out on an adventure in the Scottish highlands this May in search of remaining snow, and it’s out in full now.

The crew of friends travelled between Killin and Aviemore, through Glencoe, Ben Nevis and the Cairngorm mountains, in pursuit of adventure and a few late-season turns. The movie showcases some of Scotland’s most impressive landscapes and features some accomplished freeride skiing, introducing Scotland as a backcountry destination to be reckoned with. The team was led by certified British instructor and Fischer freeride athlete, Aaron McLean. 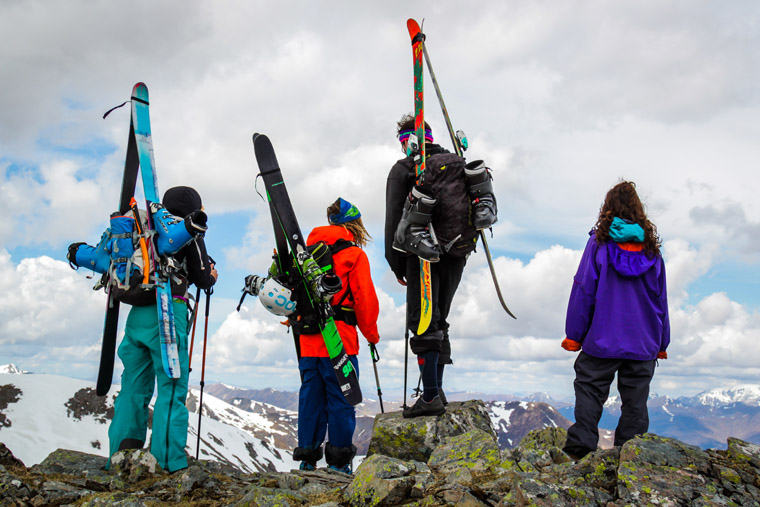 “We wanted to have an adventure in Scotland, and it all finally came together in May,” says McLean. “Hopefully the film will put the Scottish Highlands out there as a freeride spot to challenge any day in the Alps.”

It wasn’t all blue skies and high fives however. After weathering out several stormy nights in the corrie basins at Braeriach in the Cairngorms and again at Stob Coire nan Lochan in Lochaber, rider Robert Kingsland (this year’s overall winner of the Freedom Series, Scotland’s string of freeride comps) had this to say on their foray into the Scottish backcountry: “Prepare to be wet the whole time, don’t expect your tent to survive – or skis in fact – expect to put in two days’ walking for six turns, and only bring the most enthusiastic crew!” 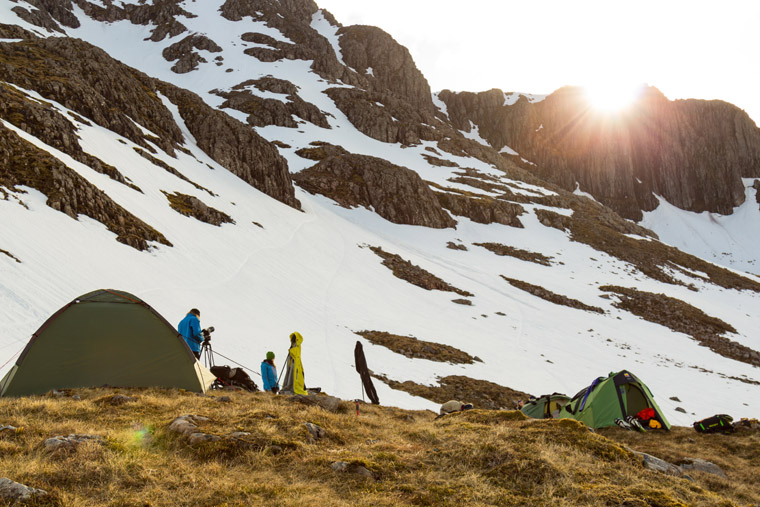 “Prepare to be wet the whole time, don’t expect your tent to survive”|Gregor Mclellan

Wise words perhaps, but you won’t keep us from exploring Scotland’s secret stashes that easily! The film shows that if you are willing to put the hard work in, then these mountains harbour some serious lines worth fighting for. Usually by late April each year, the brutal Scottish winter has given way to calmer weather, which opens up a plethora of options on steep terrain; imagine perfect spring corn, near verticals drop-ins, narrow chokes and gullies galore, that would prove a challenge for even the most proficient of freeride talent.

This winter, Scotland held snow in the Highlands well into summer. Skiers were reporting success on Ben Nevis as late as July, bagging Tower Gully on a blue sky day. The LATE team were blessed with several stunning days in the end, and the film is a great inspiration for anyone who might be looking for a new hike-and-ride kind of experience.

You can keep up to date with Puzzle Media and the LATE crew on the Puzzle Media facebook page, or to ski with some of the team check out pds-academy.co.uk.