Does the Ötztal’s latest lift upgrade mean an end to secret pow stashes, or the beginning of something even better?

When a ski resort opens a new lift, it always leaves me in two minds. Will it open up swathes of new terrain, or bring the hordes to a previously quiet stretch of mountain? When I first heard about the opening of the new Kirchenkarbahn in Obergurgl-Hochgurgl, I was genuinely worried about the latter. New for 2015/16, it replaces the old Kirchenkar t-bar at the far side of Hochgurgl, a gem of a lift known by locals for harbouring the best snow in the resort. With a flashy new lift station and top-of-the-range gondola planned, another go-to powder spot looked set to be in jeopardy. 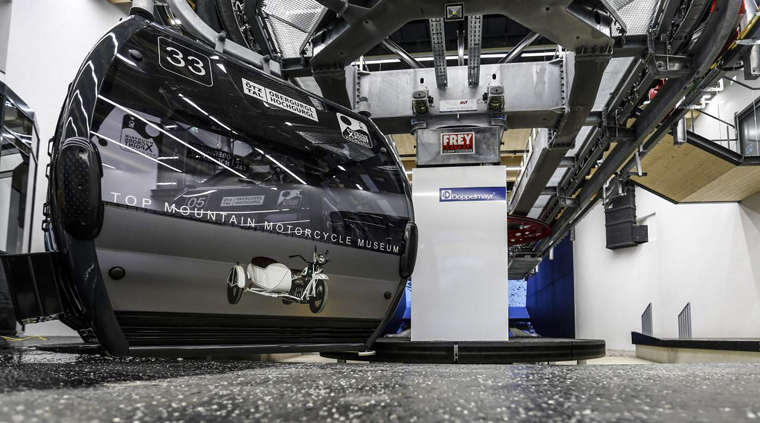 But it’s easy to get caught up in nostalgia. The reality is I could only bear to lap that steep and tricky 1.5km t-bar a couple of times before my thighs yearned for a rest, and it meant I could never quite fully enjoy the long, sweeping runs that it served. So am I pleased that there’s a gondola there now? Yes! Especially when it’s one as fancy as this.

The Kirchenkarbahn is the first of Doppelmayr’s new D-Line of gondolas, which, for the engineering geeks out there, is a 10-person next-generation lift with line speeds of up to 7 m/s. I’m not sure what it all means, but I can say that it’s certainly one of the fastest, smoothest and most comfortable ways to be whisked up a mountain (and my thighs are much happier for it). 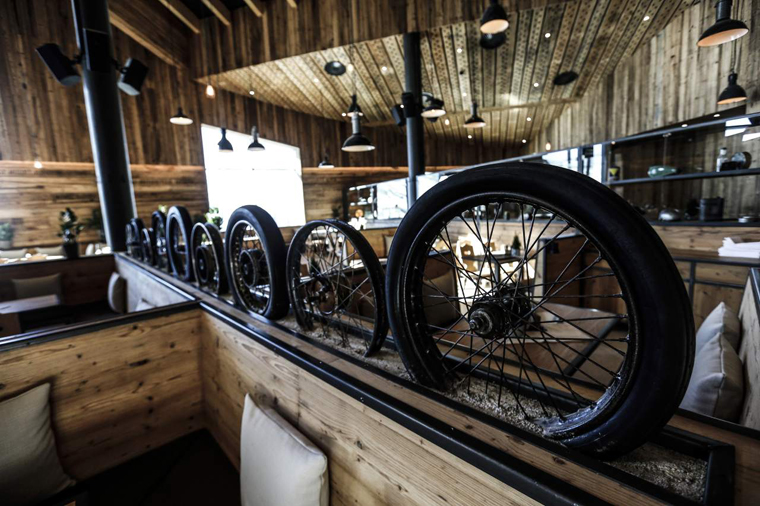 If you happen to be a motorbike fan, things get even more exciting. The gondola’s architect-designed base station (dubbed Top Mountain Cross Point) houses a motorcycle museum filled with everything from Sunbeams to Harleys, due to open in April. Fitting, seeing as it’s situated on the Timmelsjoch High Alpine Road, Austria’s highest cross-border road and a bucket-list ride for many bikers… If you’re not, then the in-house restaurant is still worth a visit, bringing a much-needed high-end eatery to Hochgurgl.

As for the skiing itself, it’s still some of the best in the area and firmly shifts the focus to the Hochgurgl side of the resort. The two pistes – one blue, one red – that run from top to bottom of the lift are the Ötztal at its best; long, winding and open, they are built for high-speed carving. 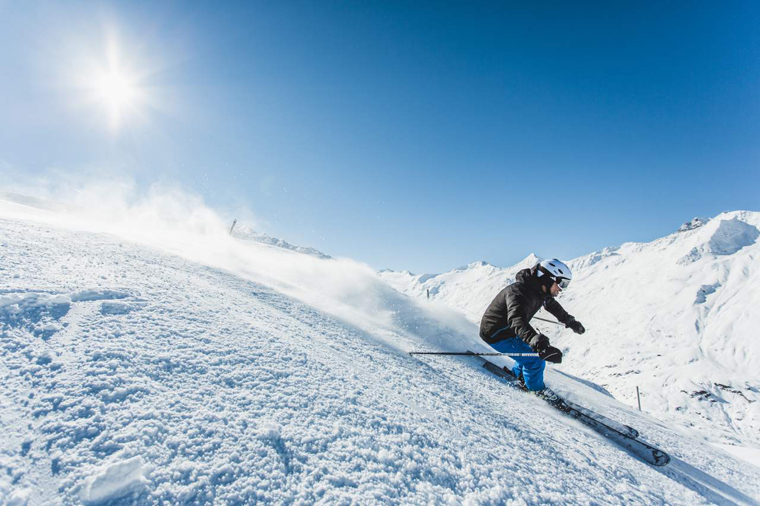 Better still are the stashes of powder that surround them, easily accessed and perfectly pitched for hero shots aplenty. And if you do want freshies, this is the resort to come to. Ninety minutes from Innsbruck, Obergurgl-Hochgurgl’s altitude-defying location (the skiing tops out at 3080m) means it’s typically the first non-glacier resort in Europe to open, offering brilliant snow from mid-November to April (even in late-starting seasons).

Things are set to get better still, with a second stage to the lift planned for 2017/18, which will extend to just below the imposing Kirchenkogl (3113m). That will open up a section of the mountain previously available just to tourers, with a red run planned from its top. The off-piste potential will be huge, including some gnarly-looking couloirs accessed from the piste and a long, wide powder field under the lift line. I’ve got no hesitation about this one: I can’t wait for it to open.