As we reach the height of summer in Europe and glacier resorts call it a day with temperatures reaching record highs, snow is falling in South America’s mountains. It’s powder skiing in the Andes.

Snow came in hard this weekend in Ski Portillo with 65cm of snow recorded overnight Sunday/Monday, and with temperatures to stay sub zero this week (close to -10°C) and more snow on the way, it’s looking good.

Snow is also falling at nearby resorts El Colorado, La Parva and Valle Nevado (Chile’s highest ski resort) all close to the city of Santiago.

Further south in Nevados de Chillán has seen 75cm of fresh fall, and it’s going to be snowing all week. Top snow depth is around 140cm.

Further south still, Antillanca ski resort in the Puyehue National Park, located on the slope of the Casablanca Volcano, has seen a fresh cover of 35cm this past weekend. More is to come this week.

Most of Argentina’s main ski resorts are now up and running, though with reduced skiable areas and a limited number runs open. Cerro Catedral, Argentina’s biggest ski resort, is only operating on around 20% of its pistes. Recent snowfall totals 15cm with 20cm more expected in the next 48 hours.

Caviahue with 2.2 metres is recording the deepest base in the southern hemisphere, reports snow expert Snow Forecast, ‘and indeed in the world … excepting a few Scandinavian glaciers.’ It’s the one to watch, or indeed head to, with snow falling throughout week.

Meanwhile it’s dry and cold in many of Australias resorts with ‘blue skies and groomers to burn’ at Mount Hotham.

Although there’s been no notable snow in New Zealand, conditions remain good.

Snow Forecast reports: Almost all of the country’s centres are now open and most now have almost all of their terrain skiable. They are also posting some of the deepest snowpacks in the world now with conditions particularly good at Treble Cone (80/160cm / 32/64”), which is posting the deepest base in the country and has about 80% of its terrain open.

Read about Europe’s fast melting snow and closing glacier resorts here as both Tignes and Les2Alpes in France follow Austria’s Kitzsteinhorn glacier in closing early. Tignes has previously been open 365 days a year and often skis through to September.

More glacier news from an Italian avalanche triggered by the Marmolada glacier collapse which Prime Minister Mario Draghi said was “without doubt” linked to climate change:

On the topic of avalanches, see today’s news of a huge avalanche sweeping over a group hiking in the Tian Shan mountains, Kyrgyzstan:

INTRODUCING THE MOST FAMOUS CHAIRLIFT IN THE ANDES 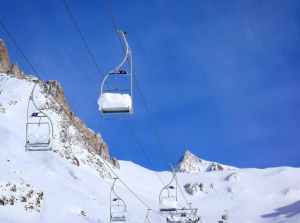 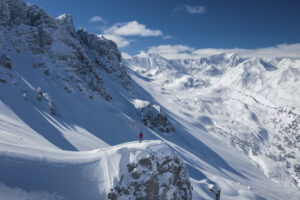