How did a little-known Austrian gem called Montafon become our 2015 Ski Resort of the Year? Well, it might have something to do with its Austrian charm, near-empty slopes and brilliant snow record…

Montafon. We won’t hold it against you if you haven’t heard of it – not many Brits have. Few tour operators serve its pistes, preferring nearby Ischgl and St Anton instead. But that’s kind of what gives it its charm. Situated in a snowy corner of Vorarlberg, the resorts that make up the Montafon valley have been the preserve of locals and those in the know. Which means that a) intimate, inexpensive accommodation and restaurants abound; b) there’s nary an English word in earshot and c) hardly any skiers are fighting for first tracks. 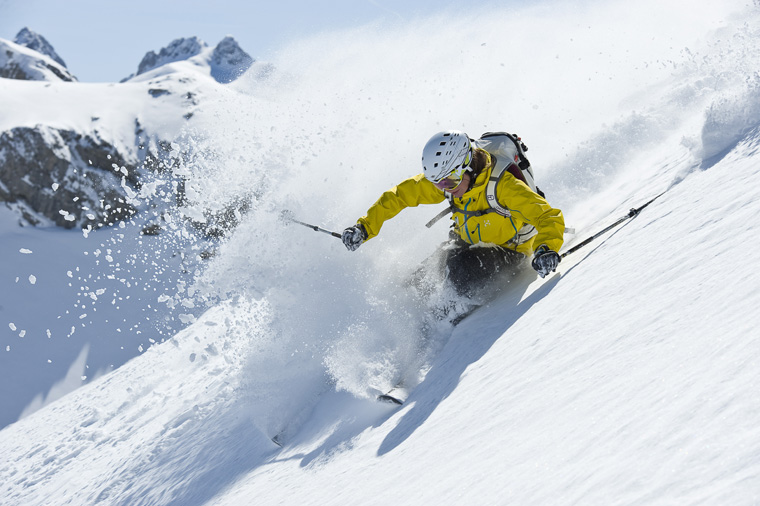 It’s that last point that gets us especially excited because, despite its reputation (or lack thereof), the terrain is world-class. The skiing is split across four main areas: Silvretta Nova, Gargellen, Hochjoch and Golm, sharing 219km of skiing between them. Not ginormous, but more than enough to get your teeth into over a week. The on-piste offerings are good, varied and well-served by artificial snow if the snow gods don’t play ball. There’s even a 120m halfpipe at Silvretta Nova.

But once you leave marked terrain the options become almost endless. From the freeride mecca of Nidla to the hike-to terrain off the Zamangspitze, tasty lines await you. Tourers are equally well catered for, with classic routes and dedicated backcountry opportunities aplenty. And the snow? It has one of the best records in Europe, averaging 10m per annum. All in all, we’re starting to get rather jealous of our guide, Matt Clark, who gets to spend all his free time exploring the valley’s many, many offerings.

Originally from Leamington Spa, Matt Clark lives in the Montafon town of Schruns where he works at snow/surf travel agency Luex. He spends most of his free time ski touring and hunting for couloirs – the steeper and narrower the better. He is sponsored by Sanglier, Sili Sunglasses and Down skis.

The short lines off the ridge to Zamangspitze. From the top of the Hochalpilabahn follow the piste, carrying as much speed as possible onto the ridge when the piste drops away to your left. Continue poling as far as you want along the ridge, then drop to your left back into the ski area. You’ll find a variety of short lines in fun but fairly wide-open and simple terrain, ideal for warming up your legs and getting a feel for the snowpack.

Now that would be telling! In reality the area is big enough, with few powder hounds, that it takes a while to get tracked out; it’s easy to find powder almost anywhere but the most obvious zones, a few days after a storm. Consider hiking further along towards Zamangspitze or towards Silbertal in the Hochjoch area. Or head to the Silvretta Nova area and try the runs from the Rinderhütte chair towards Novatal.

Almost everywhere you look is yours to explore! One of the classics is the Madrisa Rundtour, from Gargellen to Klosters in Switzerland and back: a big day out, with some really nice long downhill sections among epic scenery. However, the undisputed crown of touring in Montafon is the Silvretta-Bielerhöhe, up at the head of the valley on the road to Ischgl. It’s the largest ski touring area in Vorarlberg, and two lifts and a bus provide easy access to a simply gargantuan arena. The terrain is so good that the Back on Track skin-access freeride competition (bot-freeride.at) is held there every season. 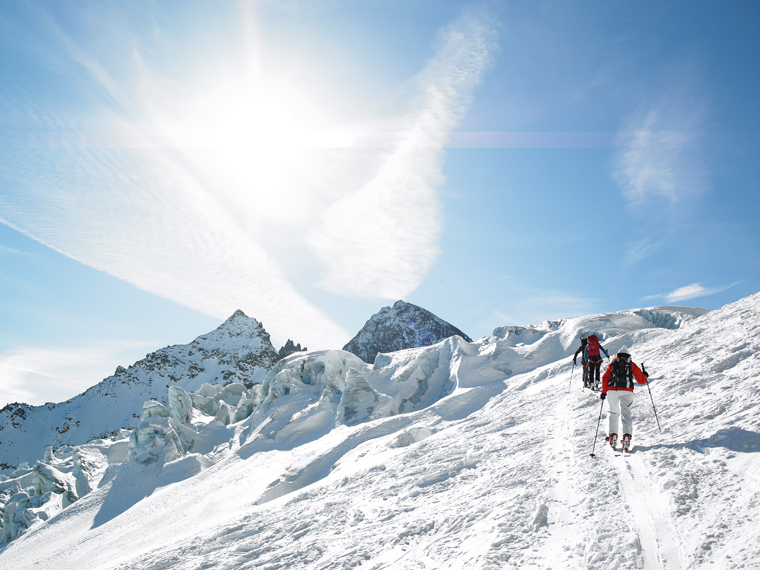 The best thing about living here is…

The lack of powder stress! Montafon is much quieter than its neighbour St Anton, and while this does restrict the après-ski, it also means you have much less competition on powder days. While the best of the nearby Arlberg is often tracked out by 11am on good days, you can score fresh lines all day long in the trees around the Garfresha lift in the Silvretta Nova area, which by the way harbours some of the finest tree skiing in Austria.

Skiing Gargellen’s Nidla face on a powder day. The vertical is relatively short, but there are just so many lines and stashes hidden away, ranging from fairly mellow to rowdy enough to make anyone stop and think. As it’s a controlled area it often takes an extra hour or two to open on really deep days, but it’s well worth the wait.

However, don’t be lulled into a false sense of security by its ‘controlled’ status: there’s a lot of technical, complex terrain, which means it’s basically impossible to protect every nook and cranny 100%; avalanche safety equipment and common sense are absolute musts.

There is an incredible British Columbia-style secret pillow field tucked away somewhere in the trees near Garfrescha… But no more on that from me!

Any misconceptions about it?

Size. A lot of people – even Austrians – think of Montafon as a small area more suited to weekend breaks than week-long trips, which isn’t true. Sure, it’s not a mega resort like the Ski-Welt, but there’s over 200km of pistes and acres of freeride terrain.

For a mountain bite

The Schafberg Hüsli in Gargellen is home to an awesome sun terrace with views over the Rätikon and Silvretta mountains. For full mountain-marching energy try the Käsknöpfle. It’s just like the Käsespätzle (cheese-pasta dish) served in the rest of Austria, but with even more cheese; it’s guaranteed to fuel a long day on the hill, especially when followed by a homemade Apfelstrudel!

For cheap eats in town

My favourite is the Litz-Stöbli in Schruns, beneath the Hotel Litz. It’s a small, cosy restaurant with wood furniture, and very warm and friendly staff. I hate to admit it, but my favourite meal is just one of their awesome burgers (swapping the tomatoes for extra cheese and bacon, of course). However, they have a full range of good quality Austrian specialities too, and the schnitzel is excellent.

It’s not exactly pricey, but the Gasthaus zum Kreuz in Schruns serves delicious local-style fondues, raclettes and seasonal game. Its Hirschragout (deer stew) is incredible. Tip: ask for a Kaspressknödel (fried cheese dumpling) with it instead of the standard Serviettenknödel (bread dumpling). The Hasenpfeffer (hare stew) is awesome too, and was apparently Ernest Hemingway’s favourite dish when he stayed in Schruns!

Montafon isn’t famed for its après-ski – if you want to party all night consider St Anton or Ischgl over the hill. But the Ganda Keller in Gargellen is fun and can get rowdy at times, as can Ur Monti at the bottom of the home run in Schruns – beer sold by the litre and schnapps by the rack are effective methods of getting the party started! But honestly, it is really more about the powder and fresh tracks here.