It’s just two years until the Olympics head to PyeongChang, South Korea, so Abi Butcher went to check out the site… 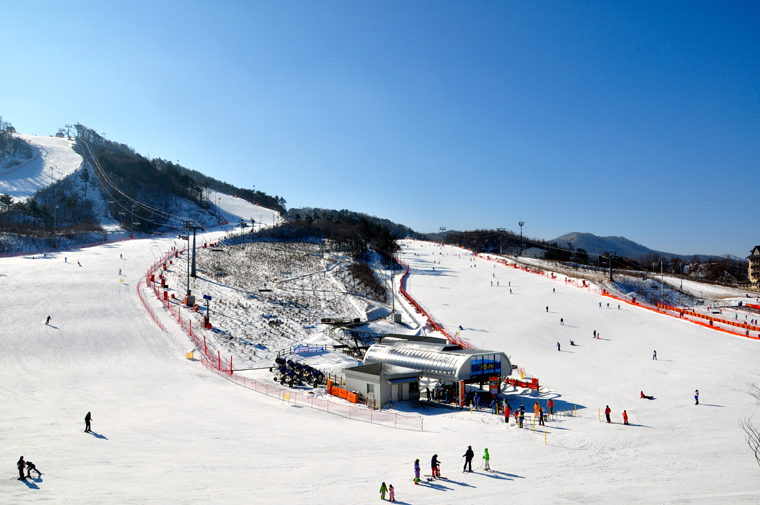 South Korea, where off-piste is a no-no but carving is all the rage | Abi Butcher

In just under two years’ time, the Winter Olympics will kick off in PyeongChang, South Korea.

Over 50,000 athletes from at least 100 countries will contest 19 disciplines in three venues in the Taebaek Mountains: PyeongChang, Gangneung and Jeongseon. Organisers boast it will be the most compact Winter Olympic Games ever, with all three venues within a 30-minute radius by car. While South Korea was one of the few hosts to make financial gains from a Summer Olympics (in 1988), whether its Winter Games will be such a success remains to be seen.

First, there is rather a lot to do. I visited in January to view the sites, chiefly Alpensia and YongPyong, which together will host the cross-country, luge, Nordic combined, biathlon, bobsleigh, skeleton, ski jumping and alpine skiing; and Phoenix Park, which will host the freestyle skiing and snowboarding. 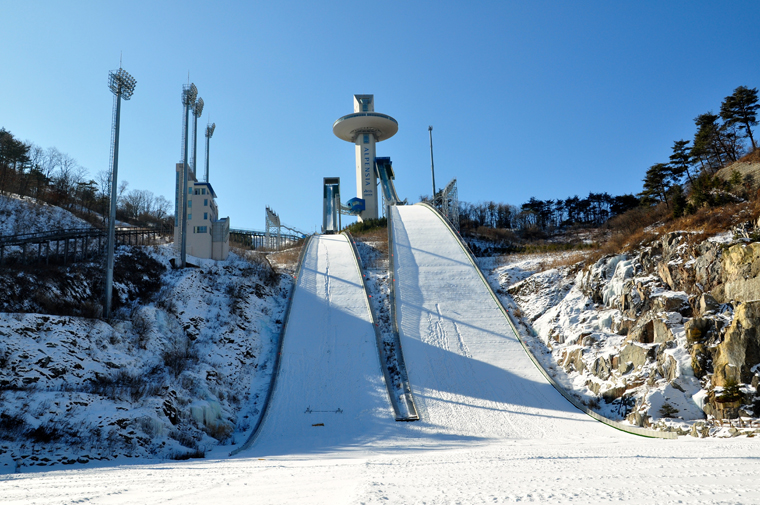 In place at that point were a ski jump, plus a sports complex with ice rink and speed skating facility. Not much else. The rest – including a new bullet train from Seoul’s international airport to Wonju and Gangneung to cut the journey time to venue to one hour – will need time and money.

In January, no work had visibly begun on the infrastructure (I wasn’t authorised to visit the Kwandong University Sports Complex, which will host the ice events), and while temperatures are low enough for the Games, natural snow is not in abundance in South Korea, so a lot of artificial snow will be required. Last season YongPyong had a base of 19cm, though the resort reports ‘normal levels’ to be around 80cm.

Costs are already escalating – one province has already threatened to cut its financial support unless the government shoulders more of the financial burden – but they are unlikely to come close to the $50billion reportedly spent by Russia on the 2014 Sochi Olympics. At least the downhill won’t need to be fabricated. YongPyong, the largest resort in South Korea, has 32km of pistes and will host the downhill on its blacks – Rainbow 1, 2, 3 and 4, which I skied: they are long with a decent pitch, some good ridges and will make for a great competition.

And while you might not initially think of skiing here, you could struggle to find a more… quirky experience, and South Koreans are passionate about skiing. Most of the country’s 17 resorts host floodlit night skiing, and while off-piste is a no-no, the mainly gentle slopes are full of South Koreans practising their carving. 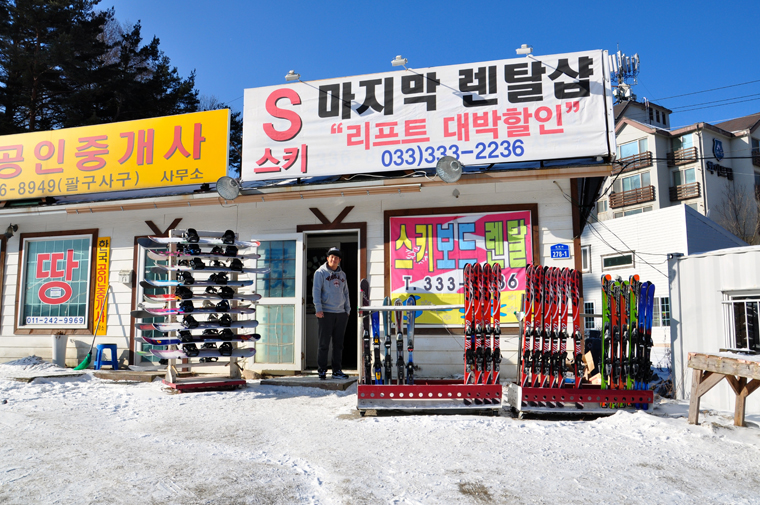 If you’re a fan of Asian food, nothing beats coming off the slopes to a bowl of steaming noodle soup, a side of kimchi and a shot of soju – a sake-like drink, brilliantly pronounced ‘sod-you’.

South Korea has a skiing heritage, too. The Japanese brought the sport here in the 1920s, during their period of control, founding the Wonsan ski club in 1935. Following independence, the South Koreans held their first national ski competition on Mt Jirisan in 1947, and sent an athlete to the Winter Olympics in 1948. As for PyeongChang 2018, we’ve no doubt the South Korean ski team are training hard.