Sarah Stirling on the steeps, couloirs, powder fields, glaciers and forests that are all part of the mega-playground opened up by the famed Grands Montets cable car in the world’s ‘Extreme Skiing Capital’ 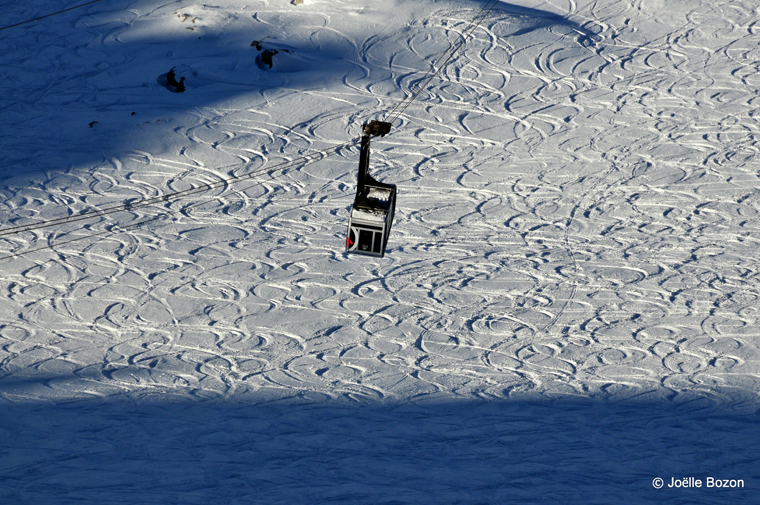 You sometimes need tenacity to reach my ‘lift for life’ – and a dose of sneakiness helps too. Gleaming red cable cars speed to the mid-station of Chamonix’s biggest ski area. On peak-time powder mornings, however, diehards-in-the-know used to slip round to the station’s back door and jump on a tortuously slow quad chair to skip the cable car queue.

If you just missed the morning’s first cable car, you could often still beat the second one to the mid-station this way, then get straight onto Chamonix’s premier lift: the Grands Montets Téléphérique, for experts only.

Last season, however, those ancient chairs were replaced by slick 10-man bubbles. It’s a game-changer. Old Cham-dogs must come up with a new trick to race to prime freshies.

At the mid-station a liftie yells: “Sacs à dos a main! Backpacks in your hands!” There’s a stampede, then a standoff between locals who want to be last in and first to exit.

At 3275m I step out on a snowy shoulder, and memories rush up from the three slopes spread out below me. Over the years many of my best winter adventures have begun from here, but I’ve still barely scraped the surface.

Looking east, I can see the one piste that descends from the top: the black Pointe du Vue. The run could be icy, chalky or even knee-deep: on powder days it’s usually left ungroomed. If I leave the piste after 100m, leaning right towards the Combe du Cordier, I can retrace my first off-piste steps, made amid the wild scenery of the Glacier des Rognons; eyeballing the seracs above and carving around crevasses, encouraged by the hardcore mountain guide Isabelle Santoire.

As I improved I began using this run to access the Argentière Basin – a glacial bowl crowned with legendary peaks such as Les Droites and the majestic ‘Verte, Reine du Mont Blanc’ as the French like to effuse, arms thrown wide. I made my first ungainly kick turns up faces and couloirs above this basin, on intermediate ski tours such as the Col du Tour Noir and the Col du Passon. I made my first hut-to-hut tour from this valley, too: the Haute Route begins here.

Most of the routes above this steep-sided bowl, though, are extreme skiers’ test-pieces, which I’ll never progress to. The Y-Couloir on the Aiguille d’Argentière, the Chevalier Couloir, and the NE Face of Les Courtes are just a few of Chamonix’s death-defyingly steep and narrow classics; rites of passage for those wanting to become confirmed ‘steep skiers’. 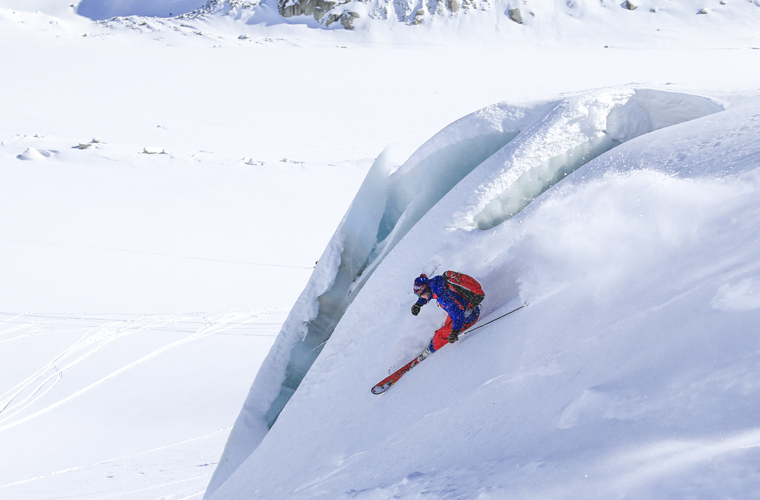 By Chamonix standards you’re considered ‘quite a good skier’ if you ski one of these routes. The rest of the world will think you’re crazy for skiing a line so steep any slip-up would mean certain death.

It has taken me 10 years to progress to the level of off-piste skiing known as ‘intermediate’ in Chamonix. I made annual pilgrimages here for eight years before upping sticks to a log cabin just outside the town three seasons ago. I can now ski to my door from the Grands Montets, if I head north under the lift-line, down the 35° front face, then veer skier’s left through the Pendant Bowl, a teardrop-shaped clearing in the trees that sits above my house.

If I head right just before the Pendant Bowl I can enter the ‘Magic Forest’, Chamonix’s premier tree-skiing terrain. The hardest trick in the woods is forcing yourself to stop so you don’t have to hike too far uphill to the lift.

Finally, looking west from the top of Grands Montets, I can see the start of the classic Pas de Chèvre route, which winds to Chamonix far below, via steep sections, fun-filled powder bowls and the final hidden crux: tricky ‘exit couloirs’ which eject me onto Chamonix’s famous Mer de Glace, the ‘sea of ice’ glacier.

From here I can ski the ‘James Bond track’ back to town, where a chilled white wine will be waiting in one of my favourite bars: perhaps the classy Les Caves, or Scandi-bar Moo.  FL