Here’s an interesting idea that links alpine and pin bindings; the Pinding a bit like the Marker Kingpin in that there’s an alpine-style heel release and a pin toe, but the new bit is that the pins are only engaged for skinning. It’s from a new start-up called Bavarian Alpine Manifest, or B.A.M. There’s a lever that pulls the pins back for ski mode, allowing a full alpine-style release system to work. 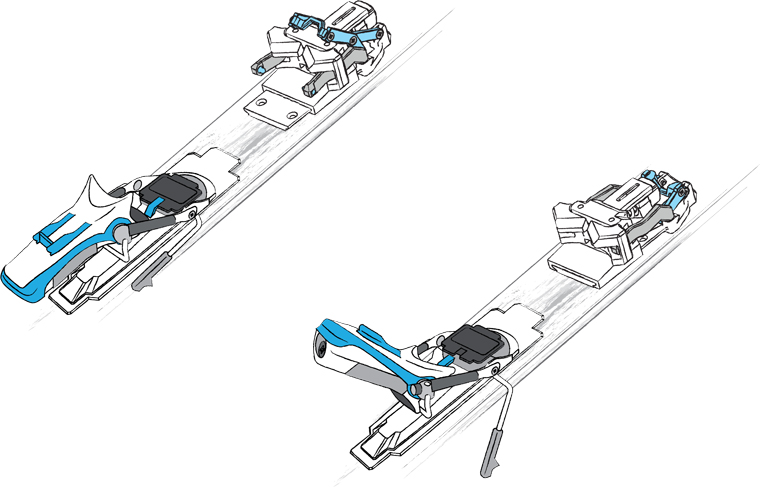 The issue with pin bindings is that until the Fritshi Vipec, none had a toe release in the ski and walk modes, so alpine-style has always been perceived to be safer, while pins are more natural to skin in. Combining the two is interesting, but there are issues about weight – you’ve got two systems in the toe piece (the proposed weight is 800g per binding unit; the Fritshi Vipec weighs in at 545g).  It appears to be focussed on hike and ride skiers, giving the full freeride performance of an alpine binding with the natural skinning feel of a pin.

The business model for the Pinding is very current: it’s backed by a young team who’ve worked in various areas of the industry, and they’re looking for crowdfunding to get it to the next level. Bindings are a bit of a minefield because of the liability and insurance needed so the money they’re asking for (€40,000) looks a bit light to us. Another issue is that this is a serious technical product with safety implications, and the way they present their team is with the songs they like… 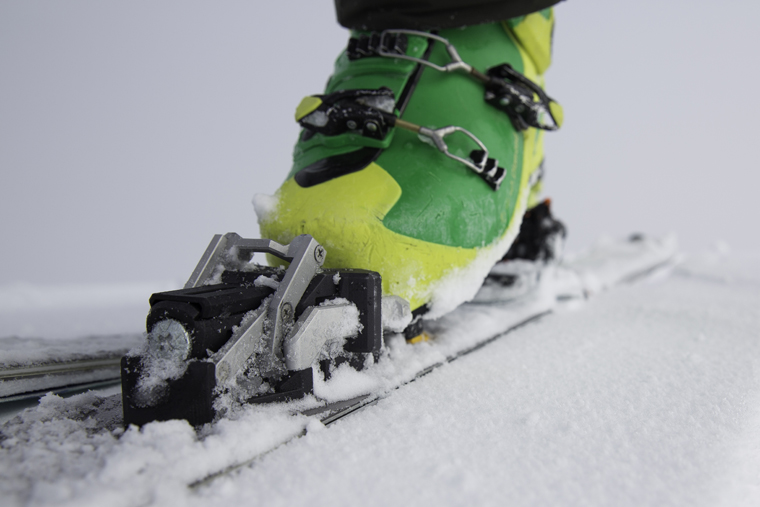 A first glance at the Pinding

Since Dynafit and Fritschi are constantly developing their products as they up the game to the next level it’s hard to know what these guys have, given their bizarre musical biographies, that allow them to leapfrog the playing field. But they might all be geniuses and don’t want to talk about it, as Smashy and Nicey would say.

Find out more at bavarianalpinemanifest.com