Do you really understand the 1 to 5 avalanche danger scale? Is 3 ‘middling’? Is 2 ‘pretty safe’? Errm, not really. And do you study the notes that go with it? Read on… it could save your life! 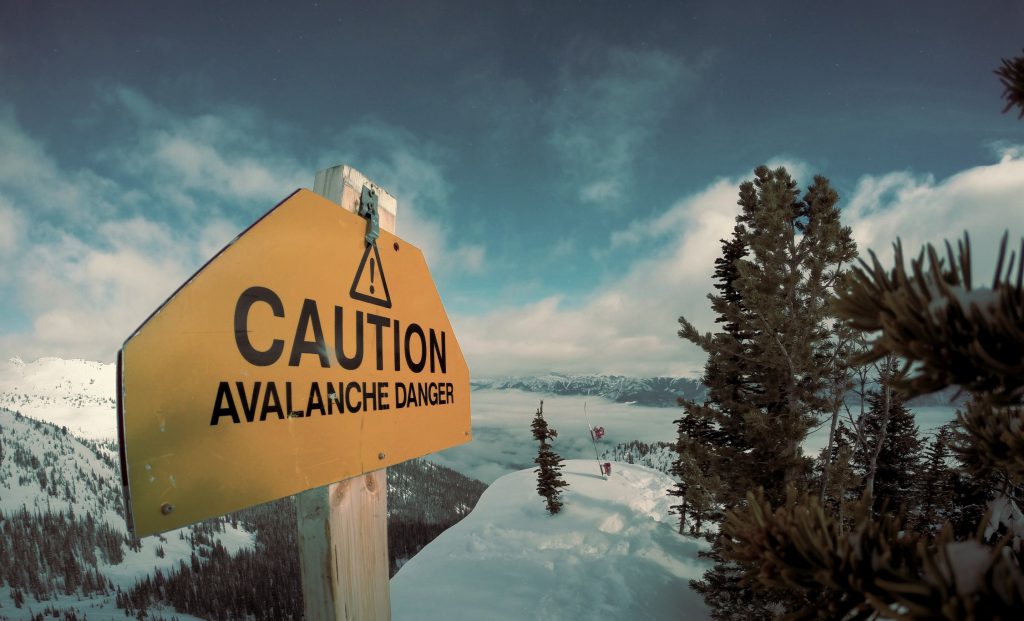 The avalanche forecast changes with the weather. New snow, strong winds and rapid thaw all have an impact and may result in the snow that is currently there, not staying put. Hence the avalanche bulletin is a rapidly and frequently changing thing. So how do you make the most of those few valuable words and graphics in the avalanche bulletin?

What is the avalanche bulletin and how is it made?

Every day of the winter, avalanche professionals head out into the hills and make observations. They may be pisteurs, mountain guides or specially trained observers. Their job is to collect data and enter it into a massive database of information.

To make the data more useful, consistent and comparable, they dig snow profiles and carry out pretty standard tests on the snowpack to assess the stability in different locations (altitudes and aspects). So every day has a particular pattern of snowpack; weather; and all/any observed avalanche activity is recorded.

To write an avalanche bulletin, the daily snowpack data is loaded into the computer with the weather forecast for tomorrow. The database then finds the closest matches in history and tells you what happened on days like this in the past. An experienced forecaster then interprets the model and carefully explains the prediction in the words and diagrams in the bulletin.

The good news is that the longer we do this for – the more accurate the predictions. The bad news is that if the weather forecast is wrong, the avalanche bulletin doesn’t come true either. Scary!

The first question is how risky is it? The European Scale of Avalanche Hazard runs from 1-5.

Well here is the first rookie error – this is a scale from some risk (1) to massive risk of resort-destroying proportions (5). But the risk does not increase in a linear pattern, and the middle ground (3) is really not ‘kinda OK’!

The snowpack is generally well glued and stable, but isolated small slides can still be triggered by ‘high additional loads’ (that’s just two or more skiers). So relax too much, or jump about in the wrong place as a group, and you could still trigger a slide.

Funny word that – if there was a ‘moderate’ chance of getting run over crossing a busy motorway, would you take it? You would? But I bet you’d be really cautious about it. Be aware that triggering is still possible by you and your mates if you go to the wrong slopes (more about that in a mo).

Considerable means ‘notably large in size, amount, or extent’. So there is a large risk of getting nailed. This is bad news as the avalanche forecast is ‘considerable’ most of the time. The snowpack is moderate to poorly bonded on many steep slopes. It is possible for a single skier (even if skiing cautiously) to trigger a slide in the wrong places. To make matters worse, it is now possible for large isolated avalanches to occur spontaneously. Gulp! Many of us think of this risk level in two halves: 3 and 3+, where three is the benchmark given above and 3+ is when the ‘possible’ actually happens. On a big 3 day there will be avalanche activity so you’d better be in the right places at the right times.

Not a high chance of avalanches – they WILL happen! There is a high chance that medium to large spontaneous avalanches can be expected. The snowpack is sketchy, poorly bonded and the lightest load in the wrong place will unleash a monster. You can only venture out if you understand the detail below (of where and why).

This is so serious it hardly ever happens. These are the once-in-five-year events that take out lift systems and villages. The snowpack is unstable and huge amounts of snow will produce large/very large natural slides. As if that wasn’t bad enough, these bad boys aren’t limited to steep terrain and will run a long way. Don’t even think about it.

Read the detail in the avalanche report

Where is the risk highest?

Have you noticed that there is rarely an even cover of snow, wherever you go? There may be loads high up but only a little in resort; there may be loads on one side of the mountain, but not on the other.

So it figures that there is not an equal level of risk everywhere. The secret is working out where the risk is highest (and skiing elsewhere). The bulletin usually specifies an altitude where the snow is less stable and tell you which aspects are worst affected. Pay attention to these important details.

Why is it risky?

Another big, important question. If you understand why risk is forecast, you can understand the hazard better. Is it from fresh snowfall? Driving winds and drifting forming windslabs? Or is it a rapid thaw? This helps you work out more about where to ski – or not.

Watch out for wind slab! I released a little pocket on a north facing slope in Montafon this morning… Play safe when things warm up this afternoon!!!

Finally, the avalanche forecast is based on the weather forecast. So if that changes, the forecast avalanche risk will change too. Understand the why and you can recognise when things are getting better or worse than expected – before it’s too late. And remember the forecaster has few words and a lot to say – so every word counts. If they tell you to observe a particular detail, then it really matters. Pay attention and good luck!

Martin Chester is a British IFMGA guide and Fall-Line’s esteemed backcountry editor. Visit martinchester.co.uk to find out more about the brilliant trips he organises.