KIDS! Want to scrawl ‘professional skier’ in the box marked ‘career choice’? Graham Bell reveals how to carve out a ski career and go pro. 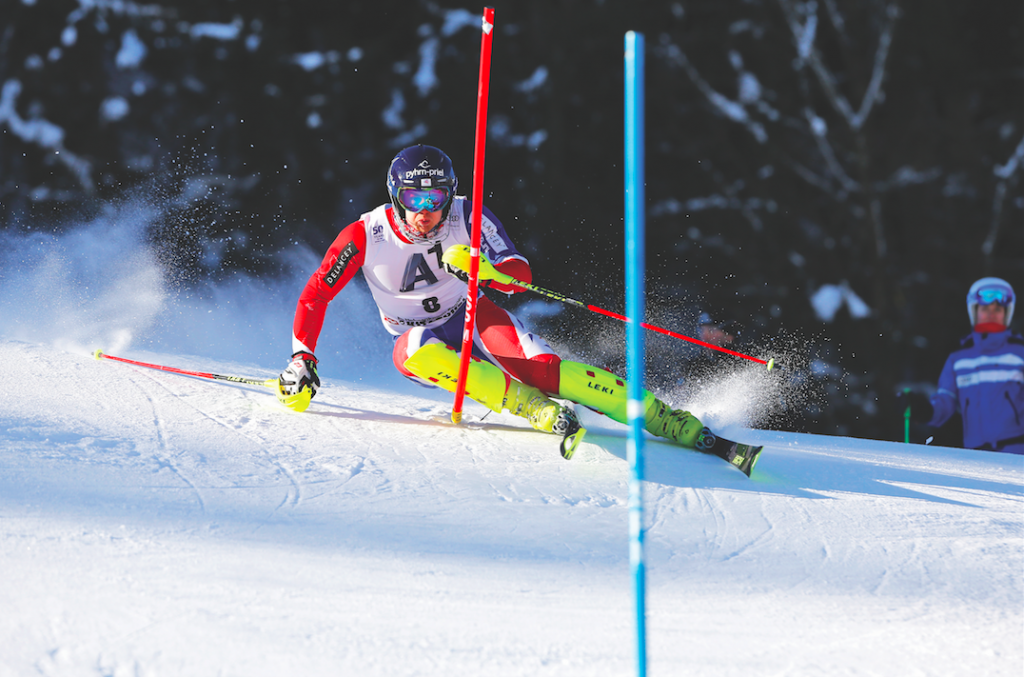 When I was 15 years old, I was sat down in front of a careers advice officer who had come to visit our school. I had written ‘professional skier’ in the box labelled ‘career choice’, and so instigated this one-on-one session. Choosing a sport as a career was bad enough, but a sport like alpine skiing, was simply lunacy. After 20 minutes of explaining, I managed to avoid detention.

The idea of a performance pathway was unheard of at the time, and the choice of winter sports was somewhat limited too. It was 1982, freestyle skiing had only just been invented, and the Nordic disciplines of cross-country and biathlon were in the domain of the armed services. In Britain no one seriously considered ski jumping, no one except a certain plasterer of Cheltenham, and even then, Eddie the Eagle had not yet taken flight; he was still learning to ski on the Gloucester dry slope. Scottish skiing was the main feeder system to the British Alpine team, barring a few wealthy kids from Swiss international schools and the occasional English dry slope racer.

Fast forward four decades, and the landscape is very different, but also worryingly similar. The choice of skiing events has boomed; the Freeride World Tour was born in 2008, and Telemark, although not an Olympic sport yet, is knocking on the door. What has not changed is the level of funding available to up-and-coming British skiers, who need to be prepared for a long hard struggle to the top.

Look at the current British-made pro skiers, their initial exposure to the sport was through family holidays, school trips, or by growing up close to a dry slope or indoor snow centre.

The performance pathway for ski racing starts with the clubs, either alpine or UK based. Climate change may have affected the quality race training on the Scottish mountains over the years, but on the plus side an active freeride scene has grown.

British Freeride organise the Scottish Freedom series and provide coaching and support to skiers and snowboarders looking to compete on the Freeride Junior Tour and World Tour qualifiers.

Dave Ryding has rewritten the rules about the development pathway of Alpine skiers, having been introduced to the sport at Pendle ski centre, before taking to skiing on snow much later than his peers. Although dry slope racing became more akin to racing on snow after the invention of carving skis, it is still not the same as learning on snow. Ryding’s results at junior level were not impressive and his progression was slow, but through hard work and dedication he made his way to the top. His career is a great example for any young racer – knowing what can be achieved is a fantastic motivator.

A number of British ski academies have sprung up over the Alps in recent years, making it easier to combine school work with training. Their focus is on Alpine skiing, but they also act as a feeder system to Ski Cross and Telemark. World Cup winner Jaz Taylor was introduced to telemarking while training at the British Ski Academy.

In Freestyle, the GB Park and Pipe programme was set up ahead of Sochi 2014, pooling the resources of both skiers and snowboarders. Jenny Jones’ bronze medal at the Games secured lottery funding for the programme, which has helped create a structure and performance pathway in the sport.

‘Futures Project’ is a programme aimed at entry level skiers and snowboarders that teaches the basics of freestyle. Then a talent identification programme kicks in at UK competitions and culminates at The Brits held in Laax at Easter. Talented riders are then picked to first the Home Nations Academy and following that the GB Development Team.

GB Snowsport has a vision for the UK to become one of the top five Olympic ski and snowboard nations by 2030. If they are to achieve their ambitious goal, we will need to see many more youngsters write ‘professional skier’ on their career advice forms. At least now, they know they will be taken seriously.

EXPERT INSIGHT : HOW TO BECOME A SKI INSTRUCTOR