It is with enormous sadness that we’ve just learned of the death of Hervé Maneint, Scott Sports’ Ski and Boot Senior Product Manager. Hervé was skiing in the Chamonix region of France with friends when a rock struck him, killing him instantly. He was 56. 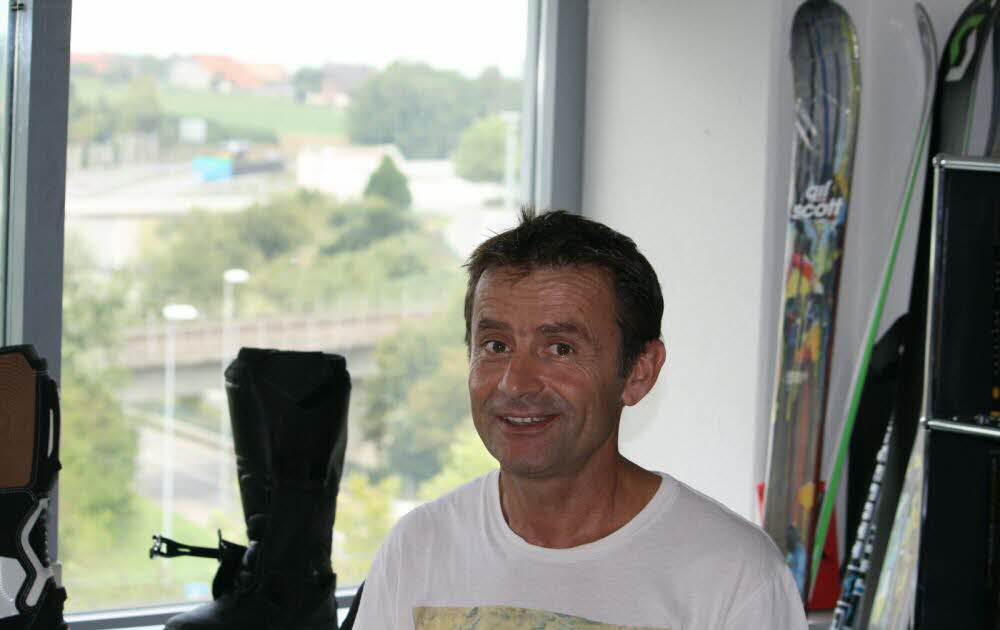 Herve was always so passionate and enthusiastic about skiing | Credit: ledauphine.com

It’s rare that a guy working in a role that, in most places, is behind the scenes would flash so brightly on our radar, but in Hervé’s case we’ve known him for years. He started at Scott 17 years ago and pretty quickly started making some of our favourite skis. We were keen to find out what had changed, and discovered that the answer was this mercurial, insanely energetic Chamonix-dweller who was constantly testing, tweaking and redefining what a ski should do.

His influence on the shape and flex of skis has been huge; over the years he has driven concepts which have moved from niche to mainstream including long-nosed skis (which is where rocker sometimes appears to be retreating back to), elliptical topsheets to deliver torsionally stiff lightweight skis, and the big spoony nose first seen in the iconic Scott Mission.

He was working with Scott’s relatively newly-acquired boot division and the first fruits of his truly innovative thinking will be on sale this coming season with the new *** freeride touring boot.

So, Hervé was truly one to watch and catch time with at the shows, but what made him so loved by the Fall-Line team was his effort and engagement towards the relatively tiny UK market. He’d always take time at events and shows to explain why he’d done what he had, but best of all was getting the chance to ski with him. For a start, whatever the new product launch, he’d always turn up with something that he’d cooked up in his oven. I remeber running through the rack one trip, my fingers playing upon something that looked like a Crusair, but was around 15cm longer than anything else. ‘”Zat one is for me”, grinned Hervé. “You can try it later, but it’s a bit stiff.” It turns out, it was. At 5 feet tall and a (little) bit, Hervé still managed to bend any ski you put him on through power, technique and velocity. 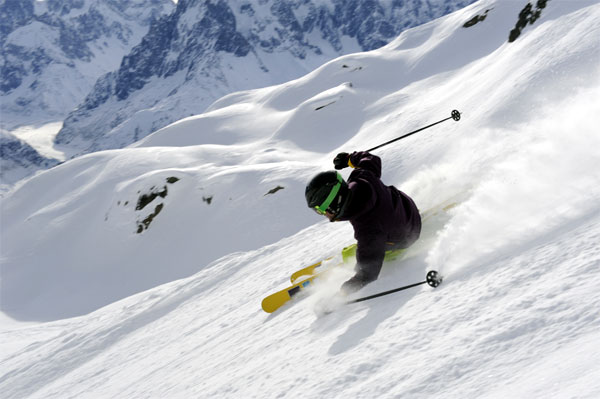 He was also a terror for doing the routes that looked the most interesting, and left me gasping on several occasions as fitness followed by skill failed me. A ‘highlight’ would be on an alleged piste session. I’d just had my legs comprehensively blown to bits on a max-chat run on Punishers off some ridge in St Anton, and had opted for some pleasantly short Black Majics to make it all better on a promised piste cruise. 75 yards off the lift and Hervé ducks under the ropes: “it’s in condition!” he hoots, and vaporises down a loaded couloir. I can but follow, breathing through my ears. He’s waiting at the bottom. “See – I told you zees skis could do anything!”

Always pushing, in every aspect of his life. You will be much missed.