Looking to squeeze in a quick ski weekend? Travel companies have answered your prayers in the form of four routes that take you straight to the heart of the mountains

If you haven’t heard of Damüls, Mellau, Warth-Schröcken or the other resorts which make up the Bregenzerwald, then kick yourself now. This is the snowiest corner of Europe, regularly clocking up 10 metres a season, with 56 ski lifts and 200km of skiing.And it’s now a lot easier to get to thanks to a new British Airways flight to Friedrichshafen, an hour’s drive away.

Damüls-Mellau is long-established as the biggest in the region, with a mix of made-for-postcard villages, high-speed lifts and easily accessed powder, but since connecting with Lech last season, Warth is also worth a look.

Stay: Hotel Hubertus in Mellau, from €74pppn, half board

Another less-visited resort opened up by a new flight route. This time it’s thanks to Wizz Air, which now flies from Luton to Slovakia’s Poprad-Tatry airport, taking skiers within 15 minutes of three small, High Tatras ski resorts. Best of all, it’s also a 40-minute transfer from Jasná, Slovakia’s best-known resort.

Jasná is a resort on the run, thanks to €130m of investment and four new gondolas serving 45km of piste. We’re most excited about its 12 dedicated freeride zones, which have helped score it a place on the Freeride World Tour qualifier roster. 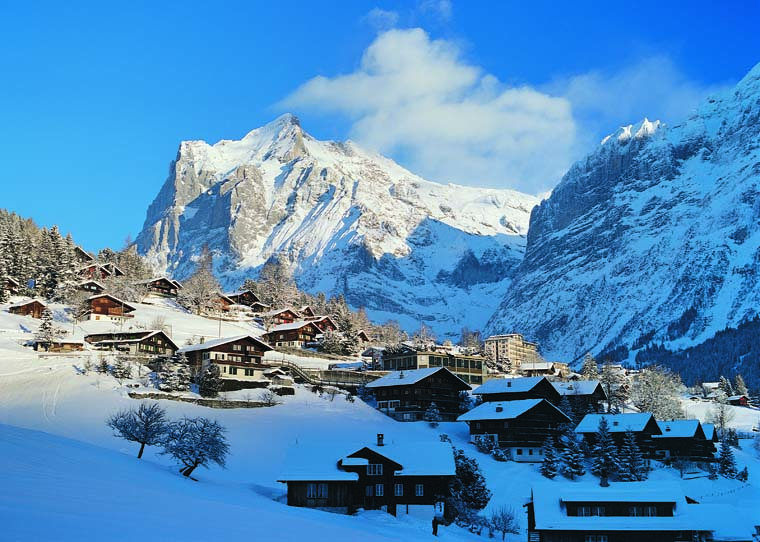 Visiting Switzerland’s Bernese Oberland for a weekend just got way easier thanks to Skyworks’ new flight from London Southend to Bern-Belp airport, south-east of the Swiss capital.

It’s less than an hour’s drive from Adelboden and Meiringen, plus the Jungfrau resorts of Grindelwald and Lauterbrunnen (where the train/cable car takes you up Wengen and Mürren). This is a region packed with classic routes and stunning views.

OK, no direct flight to Mont Blanc yet, as far as we know, but a new bus line operated by easyBus has made transfers from Chamonix to Geneva a lot cheaper, with prices starting at €5.

Buses run up to 15 times a day, and, as it’s a direct service, take no longer than driving (1hr 5min). So a weekend ascent of Aiguille du Midi, backcountry courses and tree skiing in Les Houches are all very doable. Brilliant!

Fly: To Geneva with Swiss (free ski carriage) from London or easyJet (nationwide)

Stay: Hotel Les Lanchers, from €60 for a double, room-only