There’s no better start to a powder day than signing up for a session before the lifts open. Jonny Richards picks five very different options

It’s easy to dismiss first tracks as boring corduroy cruising. But get it right and it’s so much more. Like in Steamboat where they let us rip the trees first thing with a wonderful mist/10cm of fresh combo. Or better still Alberta’s Sunshine and Lake Louise  one November, with the latter getting an amazing early season 65cm fall. Coming off the candyfloss hill for a quick cup of tea and gloat at 9.30am, I’d had possibly my best two hours on skis. All before most people had got their first chair. Here’s some of the best First Track experiences on offer: 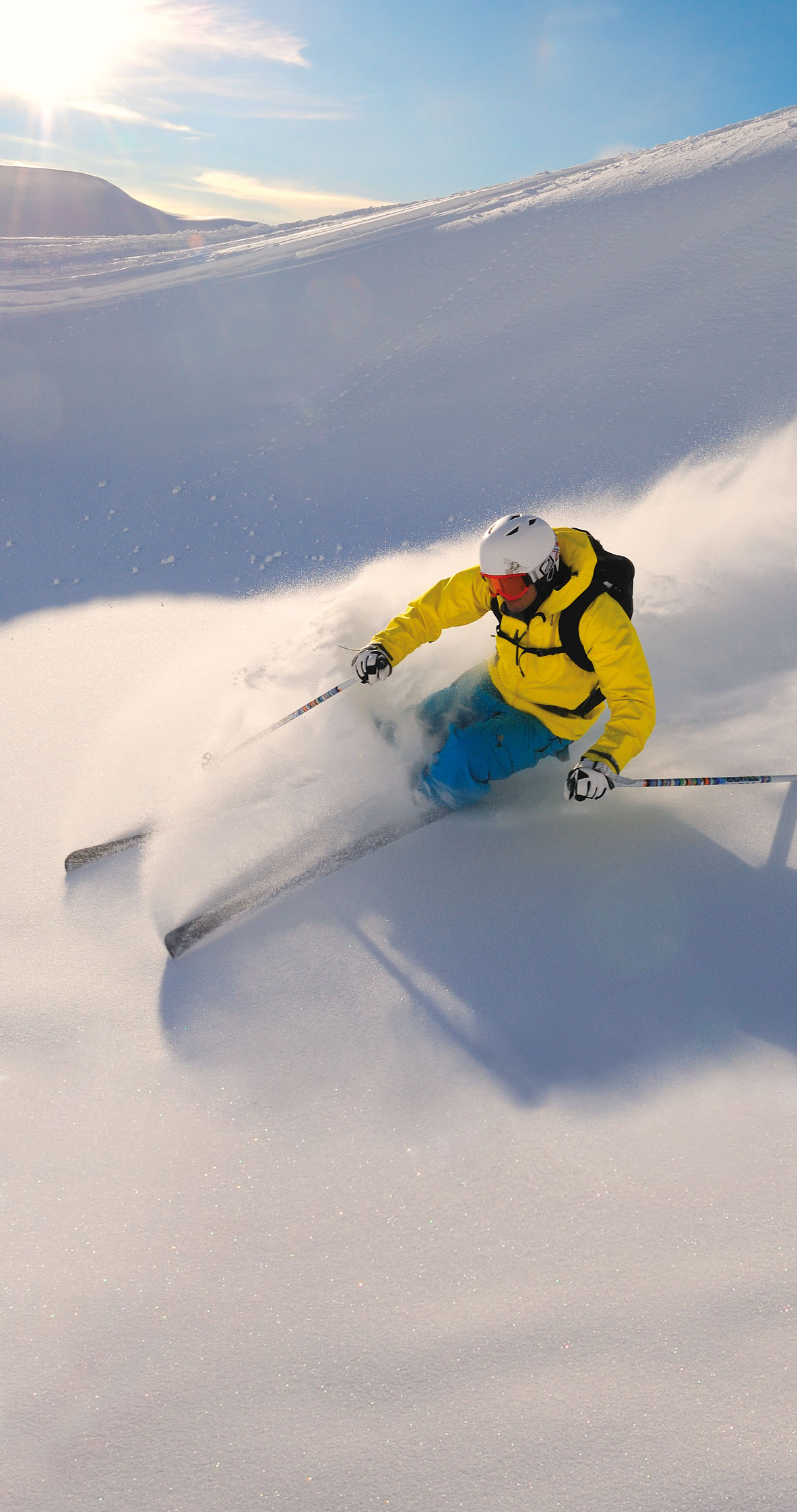 Claiming the first turn at Serfaus

Best for: Miles under your belt.

Linked with neighbouring Fiss-Ladis, this Tyrolean spot an hour from Innsbruck is cruise heaven, thanks to a mass of red runs and 11 cable cars speedily connecting the area’s 212km of pistes. Especially as they give you 90 minutes to explore before the lifts open (unlike the measly hour that plenty of resorts allow for first tracks).

We like the way too that the included breakfast is either in Serfaus or Fiss depending on final location; which gives the impression they do actually let you… charge! Run every Wednesday, it costs €60.

We don’t think many of you will actually do this. But it tickled us. Skiing in north eastern France. Under floodlights. At 6am! You’d have to really, really love skiing… But on the plus side you do get a five-hour shred session including coffee and a croissant for just €18.20.

And why stop at 11am? Cruise the bigger-than-you-might-fear 40 runs all afternoon, then retreat back to the 7km of floodlit pistes for night skiing. And make it a relaxing 15-hour ski day. Bloody hell!

Never heard of it? It’s just Franz Klammer’s home resort! How can you resist the Kaiser and a rip round the Olympic gold medal winner’s home mountain while he points out the Klammer family farm in the distance?

Ryanair it to Salzburg, hand over your €75, and take 486 selfies of you and the five-times World Cup downhill champion. What could be easier? The tricky bit is sessions are limited to 50 people and only take place this winter on 16 Jan, 3 and 24 Feb and 3 March.

An exciting ski before everyone else is up not enough for you? Well, how about being collected by snow cat and whisked up to the Las Vegas lodge for breakfast, followed by a creamy descent down the valley? Still not James Bond enough?

Fine, then get your skis on, and hang on for dear life as you’re towed up from the San Cassiano gondola station to the aforementioned mountain hut by snowmobile at… 30mph! Better still, it’s offered daily in the ski season, with departures just before or after 7am, and costs €20.

Is having to sort your own guide cheating for this list? Probably, but who cares when you’ve an overnight as amazing as the Pic du Midi observatory, where NASA mapped the moon’s surface prior to the Apollo landings? Not cheap at €399 for a double room (including dinner and brekkie), plus the outlay for someone to show you round the Pyrenean backcountry the following morning. But we’re rather taken with the idea of hopping on the cable car up to 2877m, and having a beer and incredible star gaze/early morning descent into neighbouring Le Tourmalet.