It’s been 28 long years since plasterer Michael “Eddie” Edwards soared into history books (and let’s face it, our hearts) with his not-so-successful ski jumps at the 1988 Calgary Olympics. With limited training, a less-than streamlined body shape and fogged-up glasses, he finished 23m behind the nearest competitor, causing a media frenzy. Now, after years of speculation, Hollywood is finally telling the story of Eddie the Eagle’s Olympic bid and frankly we could not be more excited. 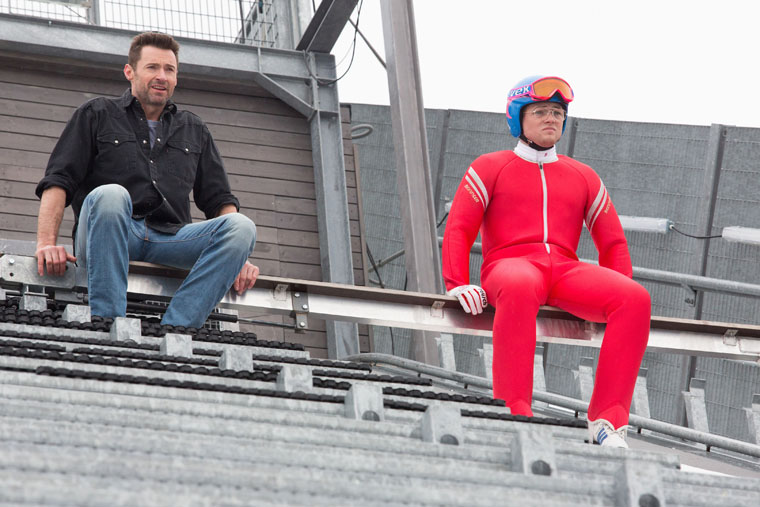 Eddie’s ski jumping career began after he, an accomplished speed skier, got cut from British team. Determined to make it to the Olympics, he switched to ski jumping where, with no other British ski jumpers, he was almost guaranteed to qualify.

Training under US amateur jumper Chuck Berghorn, Eddie gained a ranking of 55th in the world, qualifying him for the 1988 Olympics, a fact he learnt while… wait for it… working as a plasterer at a Finnish mental hospital (yes, really). After finishing a dismal last in his first jump, the world went Eddie-crazy — he even made an appearance on the Tonight Show — and when he landed his second jump (again, in last place), the crowd went wild. Straight out of a blockbuster hit, right?

So why the heck has it taken so long? Well, we first heard chatter of it back in 2007, with Steve Coogan lined up to play Eddie, but it wasn’t until last year that filming began, directed by Dexter Fletcher. The cast is all-star, with Hugh Jackman playing Eddie’s fictional coach, Christopher Walken as Jackman’s mentor and up-and-coming British actor Taron Egerton as the title character. 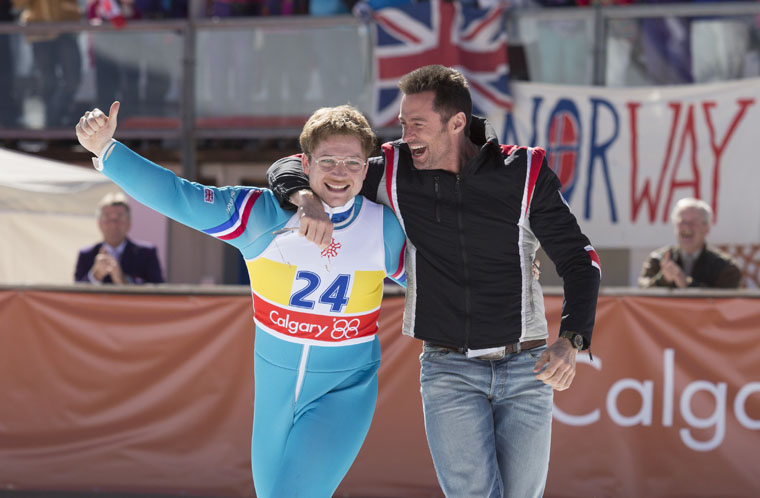 Taron Egerton and Hugh Jackman star in the film

Of course, this is the film business, so you should still expect a few, er, creative tweaks to Eddie’s story. The obvious one is the ski jumping itself. Back in 1988, jumpers were still using the old parallel jumping technique, whereas the film shows them in using the newfangled “v” technique. Why? Simply because the filmmakers couldn’t find anyone who still jumps like that…

The film has already been released in the US, and according to several critics, it’s worth a watch with one stating: “Despite the underdog cliches, it succeeds for the same reason the real Eddie did: optimism, good humour, and infectious, heart-on-sleeve enthusiasm.”

Though, if the film leaves you wanting to emulate Eddie’s ski jumping experiences, we have some bad news for you: the whole episode led to the IOC overhauling their qualification requirements and now hopefuls have to perform in the top 30% or the top 50 competitors (whichever is fewer) in international events. Shucks!

Eddie the Eagle will be released in UK cinemas on 28 March.