New for 2017/18 Salomon are introducing a new range of all mountain skis called the XDR series, utilising technology refined in their freeride focussed QST skis in a more frontside-biased package for aimed at carving fanatics who like to dabble off the sides when the opportunity arises. In a market where all mountain skis are often merely wider versions of piste skis – which work well on hard snow but often let the side down when the going gets soft – it’s refreshing to see skis designed from the bottom up to genuinely ski ‘all the mountain.’

The XDR line ranges from 75-88mm in width underfoot, but the XDR 80 Ti (at, you guessed it, 80mm) is the one that really caught the eye of our test team as a mostly on-piste weapon that’s way more competent than we expected outside the ropes, or even just at the end of the day when the slopes get cut up, bump and slushy. 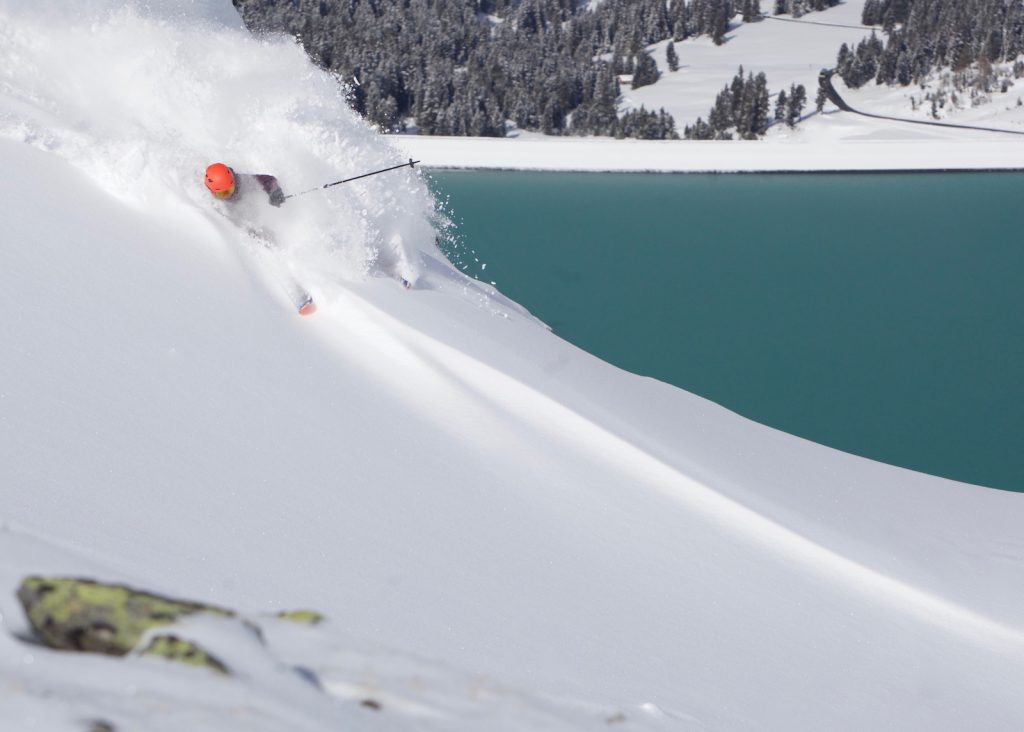 On piste the 14m radius is perfect for carving tight turns even on steeper reds and blacks, but without the frantic duracel-bunny feel you often find on more slalom-style skis – the XDRs are lively and responsive when you feel like hitting the gas, but like a well-trained dog they’re happy to chill out and cruise after lunch (or, ahem, if you’re feeling a little delicate the morning after a big apres session) too.

The XDR really surprised us with its offpiste performance too. The subtle rocker-camber profile is sublime, and combined with the refined tip and tail taper they handle deep and cut up 3D snow far better than an 80mm ski really should. OK they’re not a huge rockered barge that floats merrily over whatever happens to be in the way – you do have to actually ski them, rather than just stand on them – but they’re nimble and stable, with a very workable tail and no hint of tip dive. They respond best to a precise and deliberate style, dancing over and round piles of chop or bouncing short swings in deep powder, but they flatter and reward that by rolling through variables almost with a sense of accomplishment. They make you feel like all those hours in ski school have paid off after all!

Part of this stems from Salomon’s innovative construction, blending a wood core with titanal reinforcements and their ‘C/FX’ tech – a mix of carbon (for responsiveness) and flax (for dampening) fibres. The feel is uniquely Salomon: an unusual mix of light, nimble and very workable, yet damp enough to minimise vibrations on hard snow and be serious when the going gets tough. Chapeau, Salomon!

“Just a great all mountain ski. Loads of fun on and off the piste. Great in crud and powder. All-mountain, all-round, awesome!”