It’s famous the world over, but can St Anton win in our Battle of the Ski resorts

From Innsbruck station (a 15-minute local bus ride from the airport), it’s just over an hour’s direct train ride to St Anton station, or hire a car and drive up in about an hour. It’s easy by train from Zurich airport (2.5hr), and from Friedrichshafen it’s under two hours by car. Driving from the UK is a slog (11hr non-stop).

Sense of scale and epicness 7/10

It’s hard to pinpoint why the Arlberg is so visually appealing. Since skiing’s early days photographers have been captivated by the majestic ridges, big shoulders and undulating terrain that rolls down to quaint villages and boulder-strewn streams. Though the mountains aren’t especially high, there’s a feeling of grand proportions right across this massive area of linked villages
and towns.

Variety and quality of the pistes 7/10

The pass covers 340km of pistes and itineraries stretching from Rendl, St Anton’s smaller home mountain, to Warth, the far side of Lech, via St Christoph, Stuben, Zürs and Sonnenkopf. Some sectors are linked by bus. There’s decent vertical (1300m excluding the guided-only Valluga top station) and a good mix of trees and open runs. Lifts are fast and plentiful but the Valluga cable car can be a bottleneck and the Galzig pistes can be crowded.

For lift-served backcountry St Anton is hard to beat. A quick traverse off the back of Rendl, the Albonagrat or Sonnenkopf takes you into wild valleys and long off-piste routes, sometimes spitting you out at a valley road where you’ll need to call a taxi. And that’s before you’ve even started on Zürs, Lech and the now-linked north-facing Warth. Best of all, there are daily freeride groups for all levels with Powder Club, a branch of the ski school; great value at €115 per day. 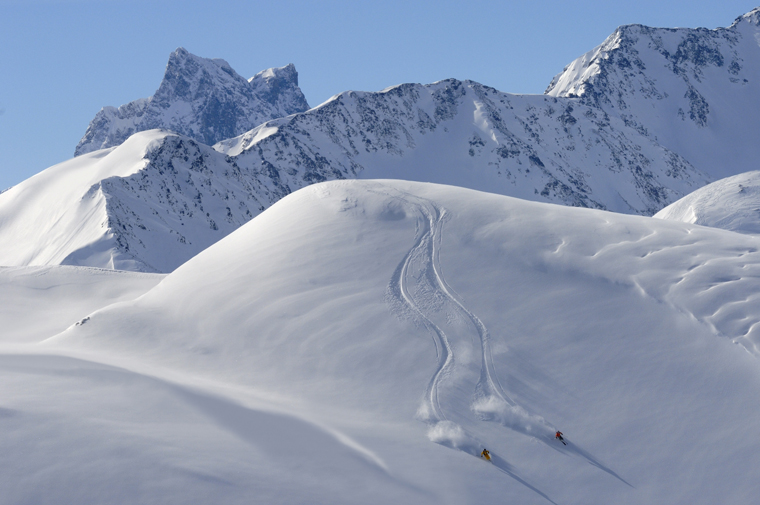 Most folk will travel in an area this size, but many runs are interesting enough to lap for a morning, and some off-piste routes are so epic they’ll take you half a day. Itineraries off the Schindlergrat, Valluga and Kapall are especially satisfying, and it’s worth concentrating on the lesser-trodden terrain of Rendl for a day or two.

There’s a mix of self-service places and really characterful spots such as the Hospiz Alm in St Christoph. Quality is fine and value for money are OK, but not as keen in some of the less famous Austrian resorts.

Along with the off-piste, this is St Anton’s trump card. A clutch of bars on the lower meadows are heaving from 3pm, with the fun, cheesy Mooserwirt the main draw, and well-fuelled skiers tumbling down a few hours later. There’s a lull before the night-time action – perhaps due to ski boots now being discouraged in town bars.

You could spend a couple of weeks exploring the wider Arlberg area, using St Anton and some of the other villages – perhaps quieter Warth for a couple of nights, and ritzier Lech – as a base. With a car, it’s easily combinable with Ischgl (45 minutes away) or the Ötztal (90 minutes).

The nursery slopes on Nasserein meadows – the quieter end of town – are great but it’s then a leap up top. The ski school has a good reputation and is decidedly Austrian. British family-friendly lodgings include a Mark Warner chalet hotel and there are plenty of apartments and b&bs, but some are a trek from the lifts.