How does Canada’s Fernie fare in our Battle of the Ski Resorts?

A bit of a slog, though by no means the worst in North America. After the nine-hour flight to Calgary it’s a three to four-hour drive (290km) by hire car or minibus shuttle.

The skiing is spread across five bowls with a headwall rearing behind and the Elk Valley spread in front. The tree-line reaches almost to the base of the headwall, with the highest pines often cloaked in ice, making classic ‘snow ghosts’. After fresh snow the scene is magical, especially as lifts are few and unobtrusive.

Variety and quality of the pistes 7/10

Piste quality is top-notch and there’s reasonable variety, but Fernie is more powder paradise than motorway mountain. Boards at the base indicate which runs have been groomed each day and it’s usually a short-ish list. However, for North America there’s decent vertical – about 900m – and some long, satisfying runs. 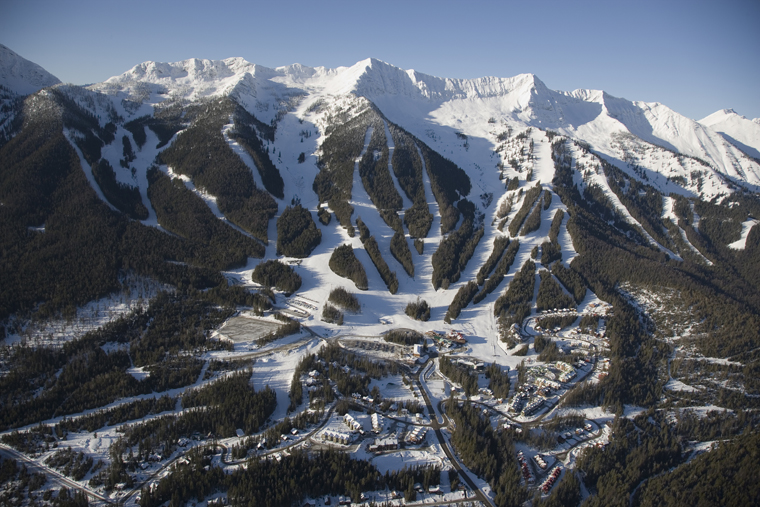 Most of the mountain is ungroomed and you can go almost anywhere and find steeps, chutes and forest stashes. The rafts of double-blacks are properly steep, and there’s no meaner mogul-field than Kangaroo. Book a morning with Canadian Powder Tours, a British-run chalet whose owner knows every secret spot.

You could spend all day on, say, White Pass chair or Boomerang, and find a vastly different line each run – there really is that much terrain per lift. On a powder day patrollers open runs gradually, and it becomes hot competition to catch gates opening to bowls or runs. Some laps are long: you might only manage two or three locating circuits of Currie Bowl in a morning.

There’s reasonable choice at the base village: a canteen, café, grill restaurant, pub and a couple of smarter places, all pretty much ski-in, ski-out. On the mountain the only option is the small Lost Boys Cafe: great atmosphere and tasty food but limited choice.

At the base village the Griz Inn is lively till 6pm, with live music at weekends. The base village is 5-10 minutes’ drive from Fernie town, an attractive, slightly hippie-ish little place with unpretentious cafés, pubs and restaurants, and a star hockey team that’s worth watching on Friday nights.

Fernie is a must-stop on a Rockies road-trip: combine it with Kicking Horse, the Banff resorts and Kimberly, or continue west to Red Mountain and Whitewater. However, all these safaris require time, as distances are enormous. There’s cat-skiing nearby and ski touring outside the area boundary is possible with a guide.

The green runs close to the base station are wide and quiet and the ski school has a good rep. Bold kids progress up the mountain easily and it’s a superb place to get teenagers into the deep stuff. But there are better places to start off the tiny ones. Cheaper lodgings are in town rather than at the small purpose-built base village.