Hunting out freshies is one of life’s joys, but preparation and the proper kit are key

For a lot of us, heading away from the pistes is what skiing is all about. Once you leave groomed terrain, the risk of avalanches rises, and even knowledgeable off-piste skiers can get caught out. Which is why anyone skiing in the backcountry should carry a shovel, probe and transceiver.

When buying safety gear, Scott Hargrave of Edge & Wax says quality is the priority. “To save cash drink less beer or buy a cheaper lid – but get the best transceiver, probe and shovel you can afford.”

Transceivers, especially, are worth a splash. “If you want one that is easier to use, with a longer range, and features such as twin aerial loops for faster recovery, spend a bit more. The priciest are about £300 and last for years – a small price for safety and security.”

The gear here will not make you invincible. Swot up on safety with a course, and practise your search and rescue drills regularly. 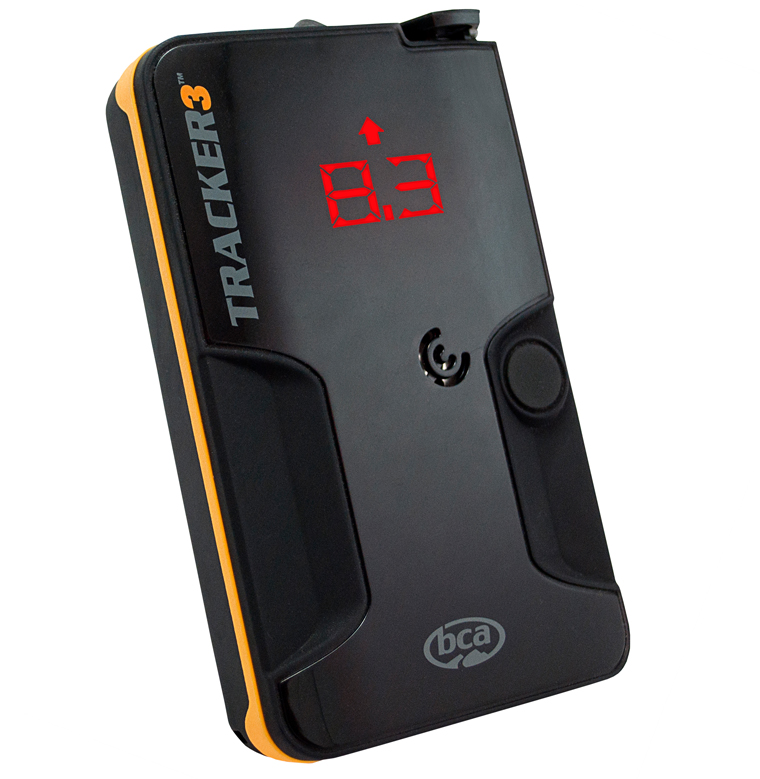 Tracker’s legendary ease-of-use in a smaller package. It’s 20% smaller and lighter than the Tracker 2, with three antennas and no-nonsense multiple burial searching with intuitive indicator lights that display the number of burials and whether they’re in close proximity. 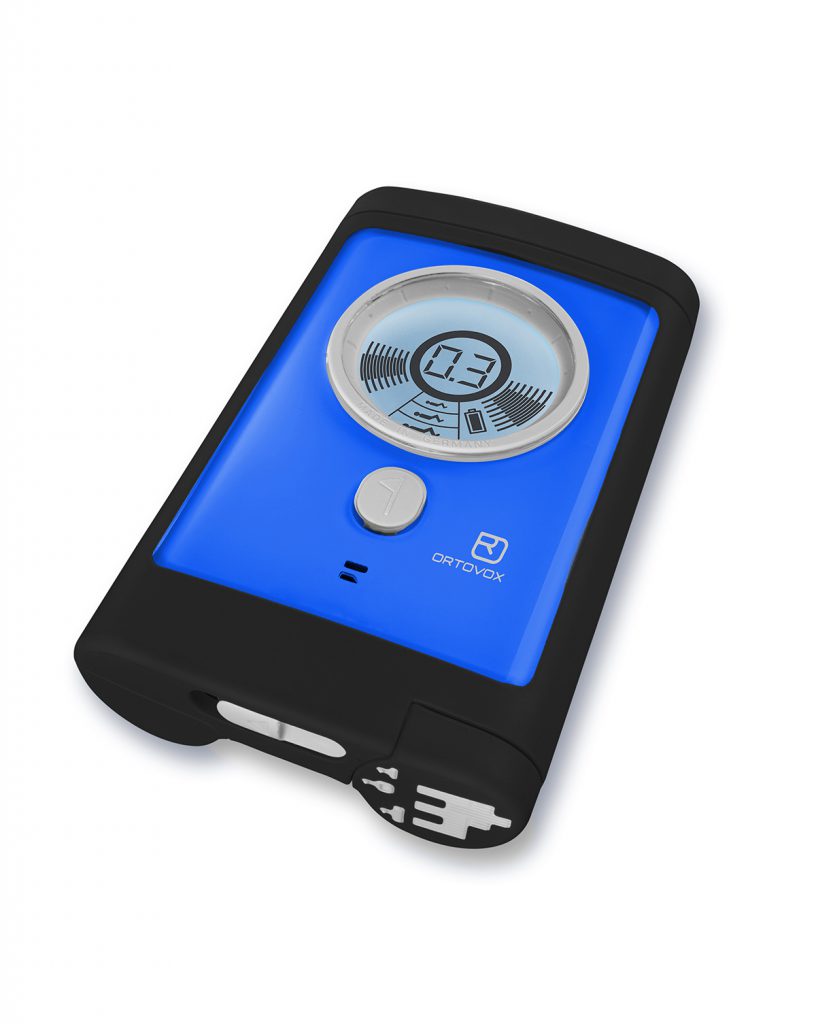 A ‘simpler’ model from Ortovox (compared to the more expensive S1+), with a new lower price. It is easy to use, with an uncluttered display. Testers like the fast processor and how the device copes with spikes (flux lines which can slow rescue time). The range is more modest than more expensive models however. The 3+ does an excellent job of managing multiple burials and has the same pin function as its bigger brother. 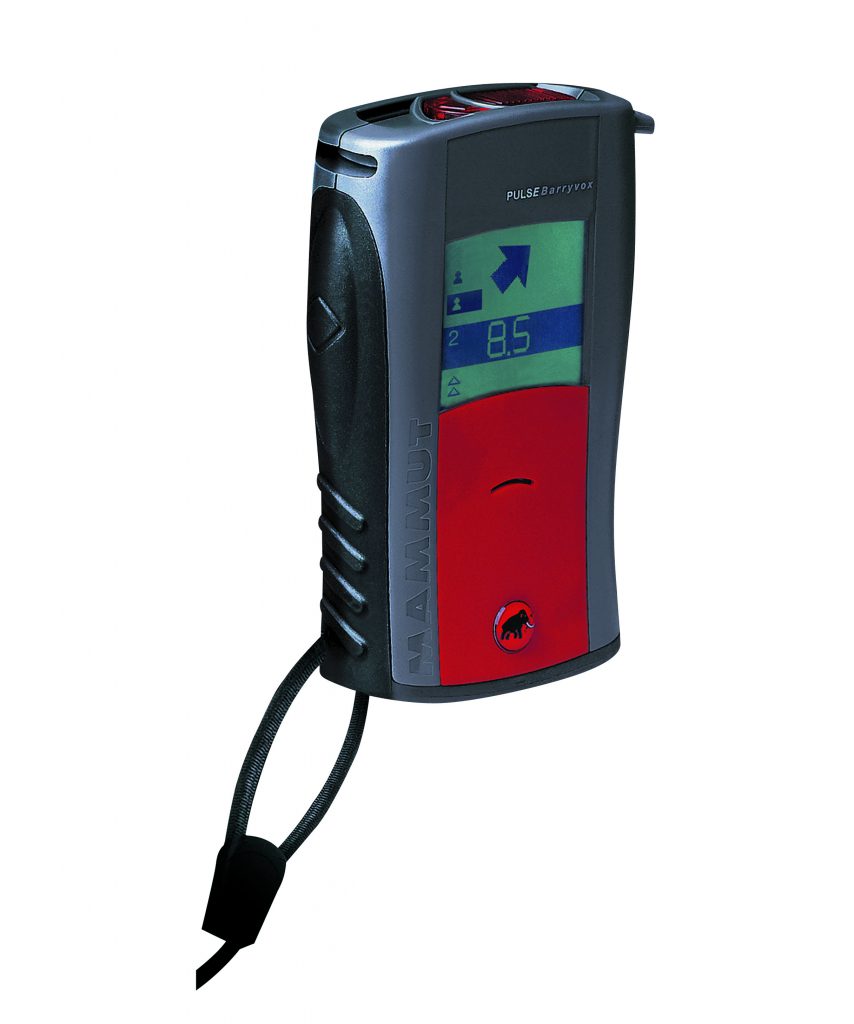 The best? Many ski professionals think so. The Pulse is easy to use and versatile, thanks to two different modes: beginners and advanced. Fast and precise locating thanks to a 360° display and three antennas. It’s never been a sort of MacBook Pro aspirational sexy thing, but who cares when it does the job so effectively. And reliably. Boxy, called Barry (!) but still brilliant.

This is BD’s biggest shovel, a size up from the Evac 7, and with its D-handle and extra-wide aluminium blade – almost 30cm – it is designed to shift large amounts of snow. The shaft extends to almost 1m and the blade can be switched to hoe mode so you can ‘pull’ snow out of the way rather than dig. For digging a snow pit to inspect the pack, the blade has a flat-bottomed profile, which should help you get a clean face. 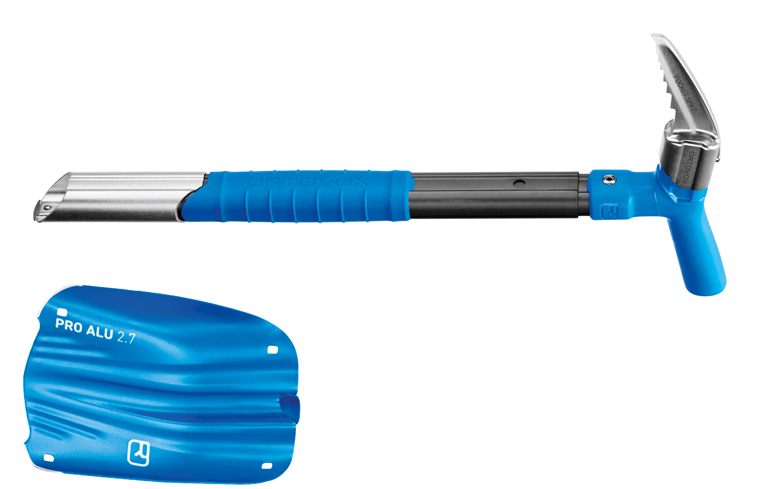 This meaty spike, for crossing a steep slope or giving stability as you scramble to a peak, comes in two parts – a sharp axe head and a shaft spike – which snap together to form a single piece

weighing just 95g. You affix it to the T-grip Pro Alu III shovel handle. The shovel blade itself has stabilisation ribs and high sidewalls, and can be joined to the shaft in one motion. Clever.

This neat piece of kit has a 21.5cm-wide blade, rotating telescopic shaft, automatic zipper locking during assembly and an effective grip zone on the shaft and T-grip handle. The shovel can be positioned to scoop or cut, and there are attachment holes for a snow anchor.

Never again will a mountain guide sneer at the length of your probe if you carry this, the longest one BD makes. It has been designed for guides and patrollers, plus anyone going into deep snow and glaciated terrain. Made of light but strong carbon fibre, it features an inbuilt stuff sack and non-slip grip. Just make sure you’re in a big space when practising the speedy one-pull deployment.

Scott claims this piece of kit will set up faster and easier than any other avalanche probe available. Made of carbon with an aluminium tip, weighing 2.69g and measuring 40cm when folded and 280cm when deployed, it’s designed to be super-light and packable, as well as strong.

This is the no-nonsense, entry-level 240cm option from Mammut, 45cm when it’s folded. Made of durable aluminium, it has integrated telescopic locking for quick, glove-friendly operation. There is also a Fast lock version (£50), that’s just a touch more efficient to deploy.